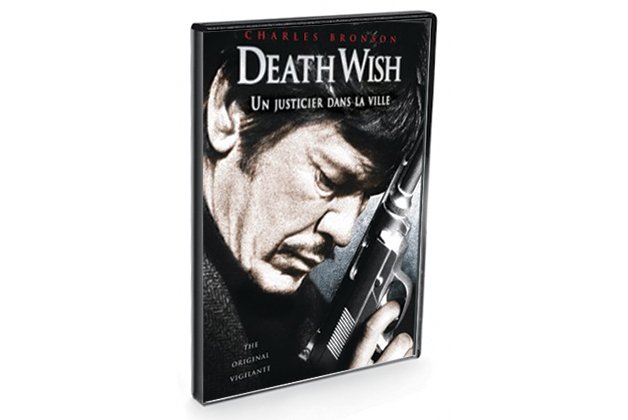 Forty years after its release, Death Wish remains an unsettling urban paranoia thriller. A massive hit in its day, it generated tons of controversy over its pro-vigilante stance and turned Charles Bronson into an A-list star.

Bronson plays Paul Kersey, an ordinary, middle-class citizen whose wife gets murdered by street scum. He grieves a while, then goes out to pose as mugger bait and gun down the creeps.

This works because director Michael Winner’s location shooting effectively turns New York City into a smog-choked hell of low-lifes and terrorized citizens, all jittering to jazz giant Herbie Hancock’s disturbing score. Aside from the title, it’s the main element that suggests Paul is more deranged than heroic.

No extras, so double-bill this with Dirty Harry for more 70s vigilante paranoia, or for a nastier take on revenge try Kevin Bacon in Death Sentence.