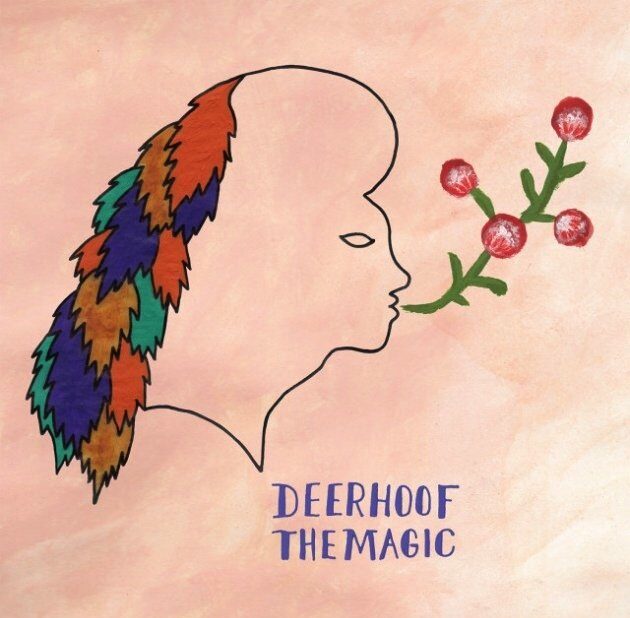 How many bands can you name – from any era – that have had a run of albums as strong as Deerhoof’s during the aughts? From Reveille to Offend Maggie, the band was on an unstoppable rampage of fearless experimentation and one-upmanship, each album sounding radically reinventive while still bearing their unmistakable signature. All that working hard and playing harder was bound to slow a little, especially after the members relocated to different cities in 2011. But even a reduced workload hasn’t taken them out of the art-rock vanguard.

Ambitious even by their own standards, they imposed a seven-day deadline on the recording of The Magic, with predictably unpredictable results. Acceptance Speech is a power pop gem that wouldn’t be out of place on a Todd Rundgren album, and while its meta-vocals are Deerhoof to the nth degree, its tone-saturated production sounds unlike anything they’ve done before. Criminals Of The Dream gorgeously layers soft synth padding and chiming guitar work, imbuing Satomi Matsuzaki’s sanguine vocals with the loveliest sentiment.

Drummer Greg Saunier has spoken about his love of the Rolling Stones, noting that “they’re still finding new ways of playing [a song], as if [they’ve] finally found the right way of playing it after how many thousands of times.” Deerhoof take that same approach to performing, both live and in the studio. Model Behavior seems to spring fully formed out of the band goofing on a J.B.s vibe, while Kafe Mania! showcases their mode of playing in fits and starts, a tiny colourful guitar scrawl one moment, a full-band cartoon anvil crashing down the next. Joyously reckless That Ain’t No Life To Me and Plastic Thrills sound like they were written moments before being enthusiastically laid to tape.

It’s in this fine balance between control and abandon, tension and resolution, that Deerhoof thrive. The Magic is not their best album, but it’s an excellent Deerhoof album, and they are the greatest of all time at what they do.