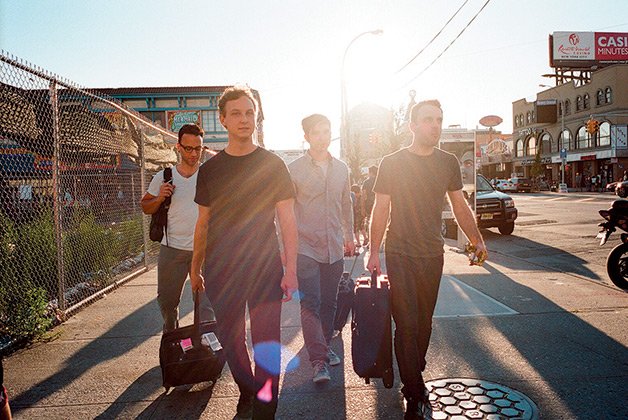 Washington, DC, indie rockers Deleted Scenes’ first two albums garnered consistently kind reviews, but reaction to their most recent record, Lithium Burn (Park the Van/Nevado), has been far more varied. Multi-instrumentalist Matt Dowling sounds almost relieved that some negativity is being mixed in with the praise.

“I’d rather it be polarizing than generating no reaction,” Dowling says as he prepares to hit the road on tour again. “The people who love this record seem to really, really love it. The last two have done quite well critically, but I’m not sure how much they affected actual human beings on the ground. With this one we’re getting people coming up to us in person and saying this is the record they’ve always wanted us to make.”

It’s possible that long-time fans are especially amped about this album (compared to some critics) because the band focused on capturing their live sound rather than exploring the limitless possibilities of the studio.

“I think people were getting something different out of our live shows than they were from our previous two albums, and it was sometimes confusing for them,” says Dowling.

“We liked that people were getting these two experiences, but that may have come from a lack of confidence. We were younger, and we felt like the recordings had to be this ‘thing,’ as opposed to letting them just be us.”

While it’s true that in the period leading up to recording Lithium Burn the band almost called it quits, Dowling says the recent Pitchfork review – that painted the album as a commentary on how hard it is to be in an indie band – made a few too many assumptions about its subject matter.

“There are some elements of that review that are true, but there are a lot that just are not. The record is very much about personal tension and frustrations around personal relationships with other human beings. It’s really a record about relationships more than anything else.”