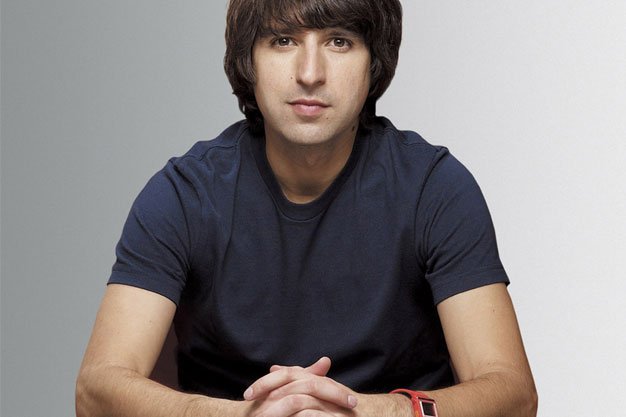 Demetri Martin says sometimes he feels like an accountant.

For Demetri Martin, jokes are fundamental.

Once a Comedy Central fixture with a regular gig on The Daily Show With Jon Stewart and his own half-hour sketch/variety show, Important Things, he’s survived his departure from cable thanks to a raft of other projects: books, comedy albums, pilot scripts and supporting roles in Hollywood films.

But the one constant through his quirky career as a self-professed nerdy, deadpan comic has been stand-up, the simplest, purest vehicle for joke-telling.

“On day one, in my first set ever, I told 12 jokes. I started with one-liners. It’s just where my head goes,” says Martin on the phone from a Just For Laughs tour stop in Vancouver.

“After all these years, I’m still most excited about jokes. I like how modular short jokes can be. I can move them around, set them to music, tell some with drawings, clump three or four together – there’s something artistic about arranging all of these pieces in different ways. The joke is kind of the essential amino acid of my work.”

At home, Martin shifts gears between projects, so when he’s on the road, he tries to fully immerse himself in stand-up. That means searching for inspiration during the day and trying out new material at night.

“I write a lot of ideas for jokes while I’m walking around different cities just listening to music and daydreaming,” he says.

“I jot them down in a little notebook or on little bits of paper. At night, I’ll try out my favourites and see what works. I always have enough material for an hour before the tour even starts, but I try to improve it, so I’ll sprinkle in some new jokes each night. It’s low risk that way. Like, if the new stuff doesn’t work out, it doesn’t become a totally shitty show.”

Fans who caught Martin’s last trek across Canada in 2012 can expect a fresh batch jokes and songs, as well as his signature “big pad” drawings.

“When I was a kid I liked to draw, but then I stopped for years. After I started doing stand-up I began carrying a notebook around with me all the time, and that lent itself to drawing in there, not just writing. Now when I get an idea, I think, ‘Maybe that would be better as an image, like a single-panel cartoon, or maybe as a line of dialogue in a movie script, or an idea for an essay, or an animated movie, or – hey! – I’ve never written a play, how about a small one-act?'”

Thanks to his strategy of manic diversification, Martin has a lot of different things to look forward to next year. First there’s a Netflix special in the works based on this stand-up tour. Dean, a feature-length film he wrote, directed and stars in with Kevin Kline, is slated for release, and on top of that he’s got a collection of short stories coming out.

“I feel lucky to be able to put content out in all of these different forms, and I’m hoping I can keep doing this – mostly just so I can keep working,” he says. “It’s probably the nerd in me that’s obsessed with planning ahead, so if people don’t like me as a comedian any more, maybe I can sell some books, and if they don’t like the books, maybe I can get some acting parts.

“I know that’s not very rock ‘n’ roll,” he adds. “Sometimes I feel more like an accountant.”