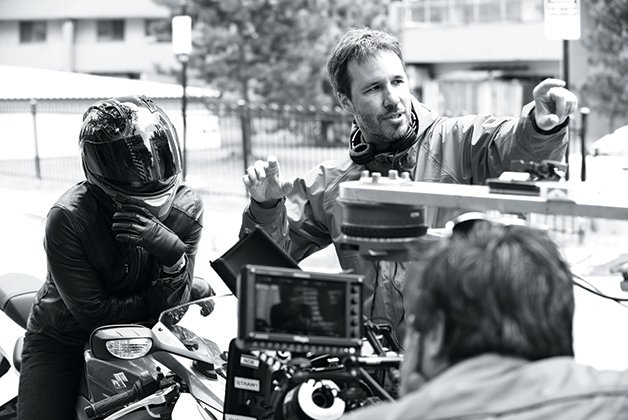 “The reception for Enemy? I don’t care,” he says. “No matter what other people think, it was important for me. I will stand for that movie, even if I stand alone.”

Enemy drew praise at TIFF for its weirdness, using Toronto as a nightmarish metropolis plagued by heavy smog and skyscraper-size tarantulas, and for Jake Gyllenhaal’s dual performances (as a frazzled history prof and his cocky doppelgänger, a wannabe actor). It also took five prizes at the Canadian Screen Awards, including best director. Had it been in theatres in time, it would have for sure made NOW’s list of the 25 best Toronto films.

And unlike Villeneuve’s other movies – the Montreal massacre film Polytechnique, the Oscar-nominated family saga Incendies, last year’s highfalutin potboiler Prisoners – Enemy feels like the Quebecois writer/director is finally having some fun. Where Prisoners, which also starred Gyllenhaal (playing a tattooed, compulsively blinking detective), was orderly to the point of grim joylessness, Enemy is a freewheeling mindfuck.

“In order to be able to do something more controlled and classic with Prisoners, I needed to make something wild with Enemy,” Villeneuve explains. “For me, it’s a directing laboratory. And an acting laboratory. I wanted to be alone with one actor, and spend a lot of time with him.”

Gyllenhaal appears in almost every frame, sometimes twice. Enemy’s a rousing psychological horror movie about the fear of losing a grip on your perceived uniqueness – a theme that unfolds nicely among Toronto’s anonymous apartment blocks and glassy suburban condos. But it’s also a showpiece for Gyllenhaal, an exceptionally talented actor who’s often overlooked for serious roles due to his boyish good looks.

“He struggles with showing his true, powerful side as an artist,” Villeneuve says of his new muse. “He’s by far one of the best actors I’ve ever worked with. I think I’m a better director when I work with him.”

Apart from Gyllenhaal, Enemy’s other star is Toronto itself. Forget the sunny tableaux of Sarah Polley’s Take This Waltz Enemy makes Hogtown looks as cold, steely and inhumane as in David Cronenberg’s Crash, which Villeneuve calls “the best movie about Toronto ever made.”

“People said to me, ‘You don’t use it as New York or Chicago?’ No, no! It’s Toronto! I wanted to show a funky side of Toronto.”