NOW MagazineNewsDeputy Chief Peter Sloly over and out from police headquarters

Deputy Chief Peter Sloly over and out from police headquarters 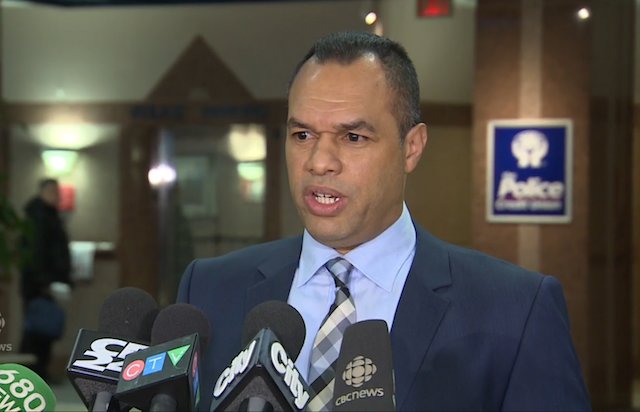 Re-emerging from a curiously timed leave of absence to allegedly tend to some roof repairs and an exploding furnace at home, the deputy chief was back in uniform and on Twitter last week making like nothing happened, all was copacetic.

Turns out all of that was a little misdirection. Sloly announced Wednesday that he is resigning from the force after a 27-year career following some pointed remarks last month questioning the senior command’s commitment to modernization and reining in a bloated billion-dollar budget.

Mayor John Tory denied Sloly’s comments had hastened his departure. But who’s he kidding? Everyone saw it coming.

Sloly tried to make nice, sticking around for almost a year after he was passed over for the chief’s job by the Police Services Board for “cop’s cop” Mark Saunders last April. But it’s clear there’s little real appetite for the radical kind of change he’s espousing.

So out the door he goes and with him maybe any hope of re-establishing that vaunted public trust (especially in minority communities) that everyone keeps talking about. Don’t look now, but our police service, Toronto, is being run by a belligerent police union hostile to civilian oversight and Police Services Board unable, or unwilling, to do anything about it.

Sloly put on a brave face for the cameras as he exited headquarters for the last time as deputy Wednesday saying all the things you’d expect a career cop to say without appearing to be bitter. But you don’t have to read too deeply between the lines to decode what Sloly’s really saying.

What he said “I’m leaving on my own terms.”

What he really meant “This bitch got paid.” Sloly was two years removed from the magic number to collect a full pension. Word is a $500,000 buy-out was in the works.

What he said “You know, there’s a big wide world out there.”

What he really meant “My phone is ringing off the hook. I don’t need this stress.”

What he said “Quite frankly, one of the most pleasant things I’ve enjoyed over the last few  months is being contacted by people around the world seeking my involvement in their very many enterprises.”

What he really meant “The schmucks around here are not smart enough to know what they had in me, so fuck ’em.”

What he said “I didn’t want to make such an important decision in a knee-jerk reaction. I didn’t want to leave the service under-supported at a time of critical transition.”

What he really meant “I should have quit after I was passed over for the chief’s job.”

What he said “It’s hard to leave. It’s heartbreaking to leave. I’ve been to enough retirement parties.”

What he really meant “Pfft. On to bigger and better things, baby.”

What he said “It’s the right time for me to move on.”

What he really meant “New Orleans is sinking, man.”