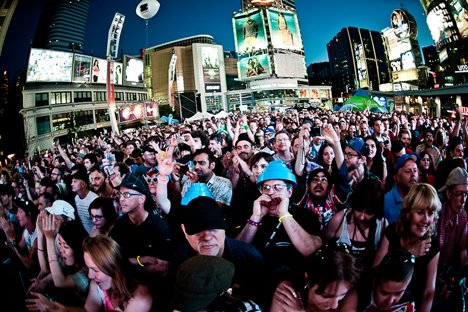 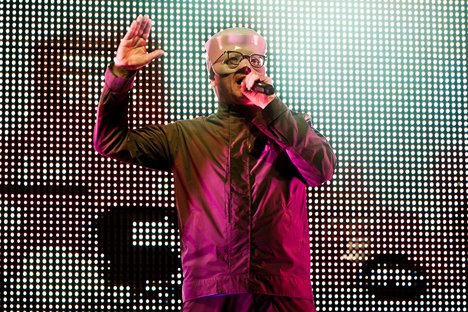 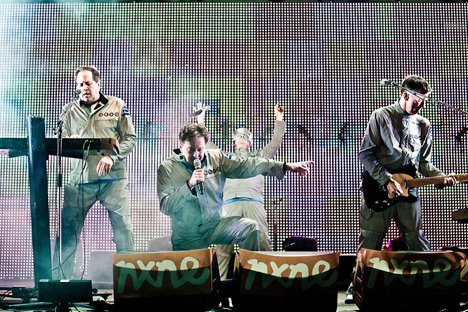 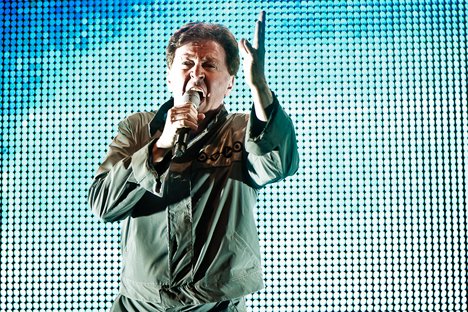 Aside from a persistent rasp in front man Mark Mothersbaugh’s voice, the group sounded on-point.

Opening with Don’t Shoot (I’m A Man), a song off last year’s Something For Everybody album, they maintained even momentum that never waned nor tipped into overdrive — except maybe when a few blue energy dome hats went flying through the air.

Watch a video of the performance here.