Even though it's online dating, the phone call is inevitable.But who wants to give out their digits to a person. 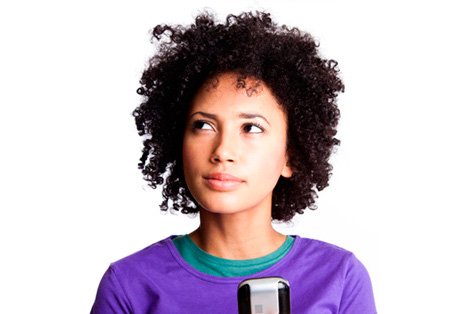 Even though it’s online dating, the phone call is inevitable.

But who wants to give out their digits to a person they’ve only met digitally?

A new product called Tigits, short for temporary digits’, launched in Toronto in early January and co-founder, Sean Miller, says he’s come up with a solution.

“I was doing a lot of online dating, and even though it’s a faux-pas to ask someone about their previous experiences on a first date, I was curious and I always did,” says Miller.

“Women would tell me these crazy stories about their experiences, they wouldn’t pick up their phones and men would think they were playing hard to get and wouldn’t stop calling! I just though, Wow.'”

And that is how the idea for Tigits was born.

Tigits is a second phone number that is linked to the subscriber’s phone, which appears as a real phone number. It basically allows a second secure phone line that cannot be linked to anyone, but that can receive and make calls.

The number can be used like any other number, but when a phone receives a call it will show that the caller was given Tigits and not a real phone number, so the subscriber can ignore the call, or even change the number, to avoid unwanted calls.

In North America between 30 and 50 million people use online dating services, according to Miller.

The online dating market is expanding and Miller is looking to offer users a safe alternative to giving out their personal information when they are dating online.

Tigits give people the option to obtain a fake and untraceable number, to help in the world of online dating… Though couldn’t anonymous phone numbers lead to some not-always-great scenarios like pranks and scams?

“Bad people are going to find ways to do what they do,” says Miller, who acknowledges the fact that their product allows maximal anonymity, “but I don’t think that’s what Tigits would be used for.”

Miller emphasizes that the team at Tigits always knows who is subscribing to the service as each buyer is required to provide general, as well as credit card information.

“We have control, if there is any illegal activity police can come in at any time. If the product is used for the wrong reasons, in any criminal way, we know who they are, the police can always intervene,” assures Miller.

Tigits is already affiliated with a major telecommunications company, and is advertised on online dating websites. Bruce Croxon, co-founder of Lavalife, who Miller describes as the Wayne Gretzky of online dating, thinks that Tigits could help make online dating safer

Croxon is a director on the Tigits board, along with Jeffrey Purritt, president of TELUS International.

Miller hopes their support will expand to other telecommunications networks and online dating services within the next year.