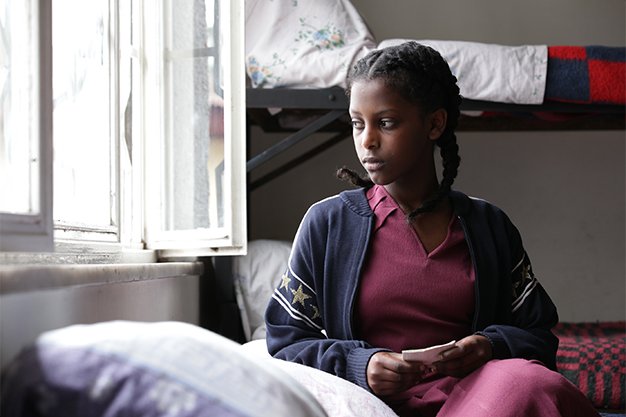 In 1996, a man abducted and assaulted 14-year-old Aberash Bekele in her Ethiopian village. He was engaging in telefa, a local practice that allows a man to rape a child in order to claim her for marriage.

Difret, a modest and compelling film brought to North American screens with Angelina Jolie’s help, adapts the story of the landmark court case in which Bekele was tried for murdering her captor. The film is right in Jolie’s wheelhouse: the former UNHCR goodwill ambassador continues to shed light on human rights violations we often choose to ignore.

Director Zeresenay Berhane Mehari uses the case to explore a cultural rift in Ethiopia. Headstrong urban lawyer Meaza Ashenafi (Meron Getnet) defends teenager Hirut (Tizita Hagere) and acts as our guide. They’re up against villagers and the legal system, all eager to bury the heroic child for standing up against cruel traditions.

The drama is often clumsy, relying on courtroom clichés and old-school Hollywood storytelling to ease us into the shocking and infuriating attitudes and practices.

It’s not exceptional filmmaking – the characters are particularly thin – but that doesn’t make it anything less than necessary viewing.