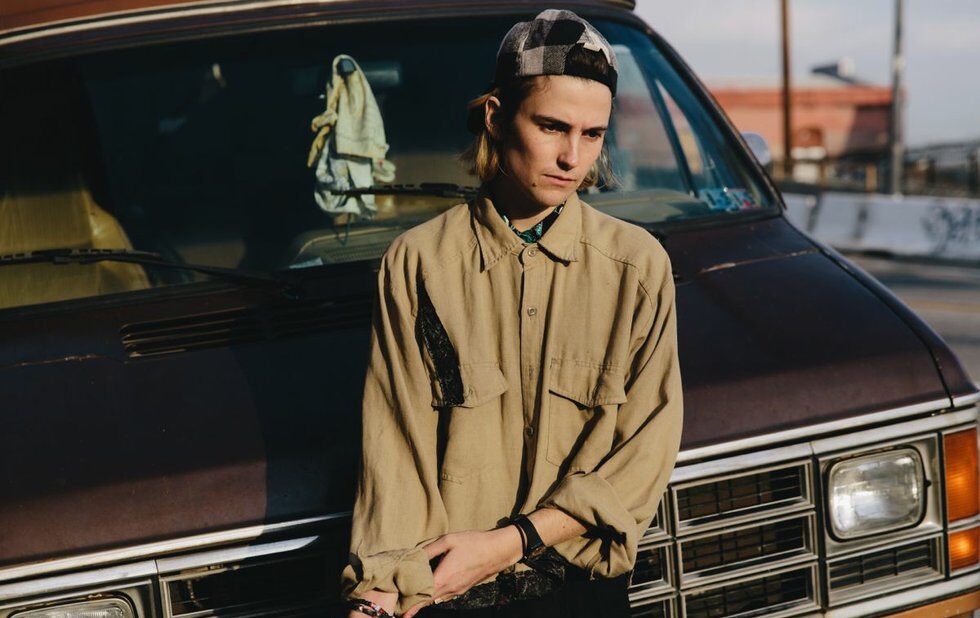 He was hardly reluctant about sharing the news. “It’s my birthday in an hour,” he announced a few songs in, and continued to remind us until it finally came. This news inspired his adoring crowd to prematurely serenade him with Happy Birthday, while band member Andrew Bailey played along on guitar.

But for an occasion that generally celebrates the excitement of being alive, Smith sure joked a lot about death. “That fucking buzzing makes me wanna commit suicide,” he said a handful of times, referring to a constant noise radiating from an amp.

Despite the morbid jokes, New York City’s DIIV found many ways to entertain their passionate and fashionable followers. Smith was full of affection, repeatedly showing his fondness for the city (“I like you guys, you’re fucking cool”) and letting the crowd pick the songs. “Can we do a request already?” he first asked, only to be bombarded with them. He took a few, but also gifted himself with Earthboy, from 2012 album Oshin, since it was his birthday.

Smith also acquiesced when a fan yelled for him to remove his cap, and even offered to remove his bulky sweater. When he took it off, he launched into a brief version of Right Said Fred’s I’m Too Sexy, which kick-started a number of partial cover songs, including recurring stabs at Stairway To Heaven. Nirvana, an obvious influence, came up and Smith recalled how his old band Beach Fossils used to play Smells Like Teen Spirit, which he tried a little of.

This led to fleeting run-throughs of Nirvana’s Lounge Act and Even In His Youth, which Smith acknowledged was him “living out all of my teenage dreams right now,” before another suicide joke: “Okay, time to just go kill myself.”

All of these asides didn’t overshadow the reason for coming to the show: to see DIIV perform selections from this year’s underrated Is The Is Are for the first time since its February release. They didn’t disappoint, playing a 90-minute set that was an even mix of the new album as well as 2012’s Oshin.

What became obvious is just how accomplished they are live. For a band that makes dreamy rock music and acts flippant about most things, they’re animated onstage, executing their chops with precision and verve – most notably Bailey, who bounces around with his guitar like he’s having the time of his life.

Last year when DIIV played Toronto, the show was dominated by projected visuals spread across the front of the venue. This time they didn’t need those frills. Smith and Co. provided all the entertainment we needed, both during and in between songs.