Shortly after it opened some 20. 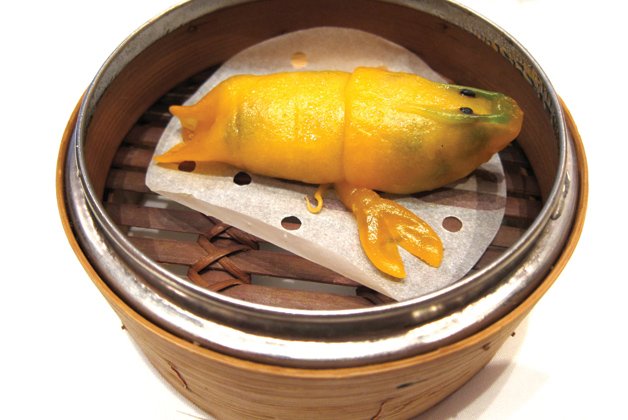 Shortly after it opened some 20 years ago, no less an authority than the New York Times said Lai Wah Heen (108 Chestnut, at Dundas, 416-977-9899, laiwahheen.com, rating: NNN) was home to “the best dim sum in Toronto, maybe the best in North America.”

We were sufficiently wowed back in 2005 to give the beige-on-beige hotel dining room a 5N-review, but each subsequent visit to its daily noontime spread impressed in exponentially decreasing amounts, so much so that after a particularly appalling and expensive lunch two years ago, we gave up on the joint. A recent return trip suggests the Heen is back on track.

The room’s just as yawn-inducing as we remember, the music piped in from the elevators, and the servers as formal and unsmiling as ever. Here’s that same lobster-shaped dumpling ($5) complete with feelers ‘n’ claws that knocked us out back in the day. And har gow – listed as “crystal shrimp dumpling” on the menu – and sui mai of minced pork, shrimp and scallops (both $6.50 for four pieces) are several notches above what they line up for at Spadina’s Rol San. At these prices, they should be.

But lotus-leaf bundles thick with mushy sticky rice and unidentified seafood ($6.50 for two) are overly fishy, and extremely short pork spare ribs ($5) are mostly gristle and bone. Deep-frying does no favour to cubes of turnip cake studded with shrimp and Chinese sausage ($6.50), “premium” soy sauce or not. Leave it to a puff pastry tart piled with sweetly minced pork and foie gras ($5) to save the day.