Dimitri The Lover also supports QuAIA...in his own way 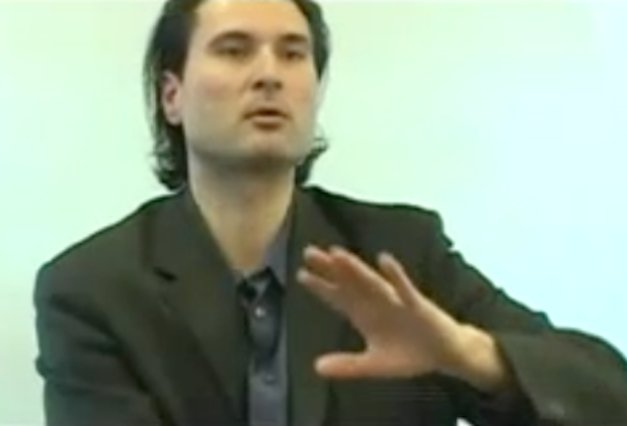 Like putting out a fire with gasoline, just acknowledging the existence of Dimitri The Lover – a.k.a. James Sears, the infamous Toronto pick-up artist/sexual predator/digusting rape culture avatar/online troll – tends to just make things worse. It’s like in The Nightmare On Elm Street movies where Freddy Krueger can only exert his evil if people remember him, drawing all his power and potency from their fears. So it’s really only worth acknowledging Dimitri The Lover if he spills something particularly worthwhile or insane. Which…just happened. I think.

This morning, via his Twitter feed – a steady ooze of bilious misogyny and SEDUCTION TIP[s] – Dimitri offered congratulations to Mayor Ford for booting Councillor Jaye Robinson from his executive committee.

When I asked if he supported Mayor Ford, I received no response. At least not until 45 minutes later, when I received an e-mail from Shawn, who identified himself as “Dimitri The Lover’s Manager.”

Here is that e-mail, unexpurgated. It gives an account of which of the mayor’s policy platforms Dimitri The Lover does and does not agree with. Notably, Dimitri the Lover supports Queers Against Israeli Apartheid…uh…in his own way. (Trigger-warnings for homophobia, misogyny, anti-Israeli sentiment abound, naturally.)

It is against Dimitri The Lover’s policy to publicly respond to Tweets. Otherwise, every FemiNazi and Metrosexual in the city would surely bombard him with queries. He elegantly rises above the electronic cacophony, generously disseminating the gift of one informative tweet per day. Since you are a respected member of the non-MSM, and you have never besmirched The Prophet*, you are welcome to submit email questions about Rob Ford for him to respond to.

FYI, Dimitri The Lover supports Rob Ford and most his policies. There is the odd occasion where he does not. For example, Dimitri The Lover was disappointed that Mr. Ford spoke out against the pro-Palestinian fags marching in the gay pride parade. Don’t get the wrong idea … DTL is both against public displays of biblical homosexuality (boy on boy outlawed, girl on girl OK) and against use of public money for special interests groups holding a parade. But if a gun is being held to the public head by a limp-wristed hand, demanding money, then the parade should be inclusive of EVERYONE, including those opposing the murderous Zionist regime.

Have a pleasant day.

I’m not sure if that’s the sort of endorsement Mayor Ford, let alone QuAIA, needs. But there it is, all the same.

*Also, for the record, I actually have besmirched “The Prophet” in the past, having previously called out his history of “misogyny, harassment, and greaseball inanity” as well as his “Aqua Velva-scented stench.”