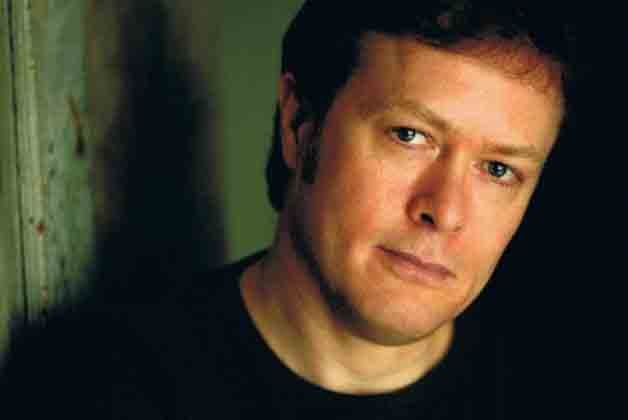 Memories offer pain as often as solace, a fact learned by the characters in Virginia Woolf’s 1931 novel The Waves, a series of internalized monologues in which a group of friends reflect on their lives from childhood to adulthood.

A dozen years ago, Theatre Rusticle’s Allyson McMackon used the novel as the springboard for Dinner At Seven-Thirty, using the words as inspiration for movement incorporated into the non-traditional storytelling.

Now the company returns to the material with a largely new cast, going deeper into the dinner party reunion at its narrative centre and the bittersweet memories it arouses.

“I love the fact that Allyson provides an intelligent scenario or spine for us actors to work with,” says Hume Baugh, who plays The Late Man. “Using that framework, we all improvise and develop material. I find it a satisfying creative process that asks more of the performers than usual.”

It’s a tricky piece for the seven actors to work on, since in the novel the characters speak in the first person and present tense much of the rest of the book is devoted to descriptions of nature.

“My character is sort of the narrator, a writer who wishes to capture the group in some form. He does it by making lists, recording everything. It’s an OCD way to do it,” laughs Baugh,” who’s worked with Rusticle on four other shows and just finished a run with Canadian Stage’s Shakespeare in High Park.

“He’s a storyteller who gets closer to other people by entertaining them. More than the others, he wants to achieve some kind of harmony in his life, both in terms of relationships and a comfortable home.”

The other characters include three women (a simple countrywoman, a flirtatious society charmer and an emotionally troubled figure) and three men (a shining light called The Hero, who dies young, another who’s quietly smitten with him, and a third who settles into dull office work rather follow his creative instinct).

Baugh notes that Dinner is the most text-heavy show he’s worked on with Theatre Rusticle, and one that retains the most of the source material.

“That’s a huge challenge for a work of physical theatre,” he admits. “It’s a gorgeous text to start with, though sometimes difficult to tackle. Woolf is incredibly detailed in looking at how the mind jumps around and how it observes the physical details of life.

“In a piece that has a strong element of sadness and an underlying note of mortality, we strive for a balance between words and movement, movement of different sizes and sorts sometimes it’s delicate and small, sometimes large and extroverted.

“The idea of a non-linear story suits dance and a lot of experimental theatre, so it’s especially useful here, for memory functions in a similar associative way. Memory is free in how it recounts a narrative it can mess with the traditional way of telling a tale.”

The actor mentions McMackon’s emphasis on what she calls transparency, “the sense of trying to reduce the barriers between word, story and performer.

“We’re not ‘putting on’ characters in a usual theatrical sense but instead, in trying to recount a tale that deals with loneliness, to each tell our own story, put our personal selves into the people we’re creating. The aim is directness and simplicity, along with a strong relationship with the audience.”