Give A Glimpse Of What Yer Not 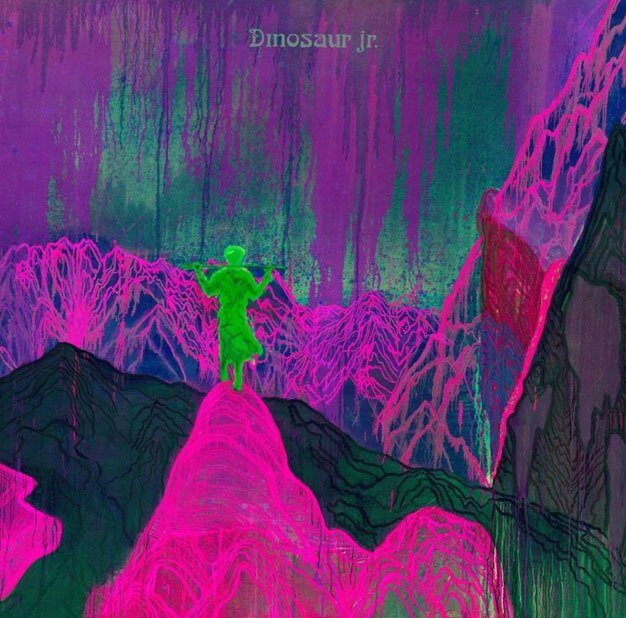 Even if you’ve only heard one J. Mascis guitar solo, you’ve heard all J. Mascis’s guitar solos. For fans of his playing, this is what makes it so beautiful: it’s an endless cascade of variations on the usual scales and chords, always the same but always different, an ever-present stream of emotion inside a man who otherwise only says “hey” or “yup.”

You’ve likely already decided whether you’re on the Dinosaur Jr. bandwagon (if you haven’t, mull it over here). Give A Glimpse Of What Yer Not is 45 new minutes of Mascis’s solid-gold shredding, but there has never been less to hang it on. The hooks that bracket the bouts of soloing are almost instantly unmemorable and the chord structures uninspired. (Let me go ahead and ruin lead single Tiny by pointing out that it sounds just like that ubiquitous Blues Traveller song.)

It doesn’t help matters that the band doesn’t seem very present throughout the record. It’s a real struggle to hear Lou Barlow’s bass in the mix, save for the two songs written and sung by him (more on those in a moment). Murph has never been a showy or inventive drummer, but his playing has always shifted expertly between anchoring Mascis’s playing and adding the billowing wind behind it. His performance here feels uniformly loud and dull, providing only the most rote punctuation to the guitars.

The bright spot might be Barlow’s two contributions, which go off-script and introduce some unfamiliar timbres to the band, especially by way of the analog synth in Left/Right. People don’t come to the Dinosaur Jr. franchise for Barlow’s songs, though, and their inclusion (it doesn’t even seem like Mascis is playing on them, save for the solos) seems to add to the album’s threadbare quality. The band will no doubt be their usual fearsome selves while touring behind this album, but it’s like there wasn’t much at stake when they were recording it.