Jamie M. Dagg’s River is a thriller with. 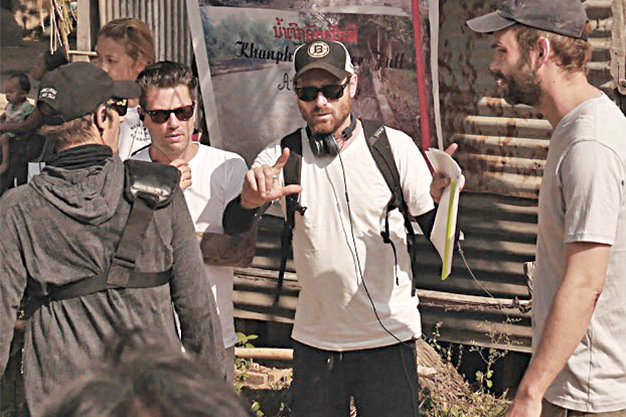 Jamie M. Dagg’s River is a thriller with a very simple premise. In Laos, American doctor John Lake (Rossif Sutherland) intervenes in the assault of a local woman and winds up on the run from the authorities. Sutherland is the whole show, and was justly nominated for a Canadian Screen Award for best actor Dagg won the CSA’s best first feature award. But when we caught up with them during TIFF, the two were sitting in a hotel suite enjoying a little quiet before their film’s first screening.

Where did the idea for River come from?

JAMIE M. DAGG It was a number of years ago. My father had just died, and I decided I needed to clear my mind. I’d spent quite a bit of time in Asia over the years, so I headed to Laos, and I was thinking about unintended consequences – the myriad of decisions we make on a daily basis, and how one tiny miscalculation can completely spiral out of control and change your life dramatically, change who you are as a person or how you identify yourself.

River takes place entirely in the moment: there’s not much backstory and little exposition. We only know what John Lake knows, and that means the movie hangs entirely on Rossif’s performance. Was that intimidating? In addition to the intensity, there’s a lot of running and sweating.

ROSSIF SUTHERLAND I’d just finished Hyena Road and was really exhausted – I was sick through most of that production with bronchitis, having to do these heavy action scenes. When this script came, I was looking for every reason to turn it down. I really was. I just thought, “I don’t have it in me,” but it was almost like a dare: if you don’t do it, you’re gonna regret it. And it was at Christmastime, so my father read the script, and he was trying to convince me not to do it. But as the days went on, he said, “But I understand why you can’t get this out of your head.” And finally, I jumped in.

Hyena Road was a pretty big production, while River operates at a much smaller scale. Was there any adjustment required?

SUTHERLAND I was really excited about working with young people such as myself who have so much to prove, you know? I came out of this having learned so much, because I got a chance to be part of the process. As an actor, they’re [usually] very quick to send you back to your trailer so you don’t haunt them with your constant ideas [laughs], but there was no trailer. I haunted these guys.

See our review for River here.