You’ve dropped your dinner on your lap. Will natural stain-busters without dodgy chems do the trick? 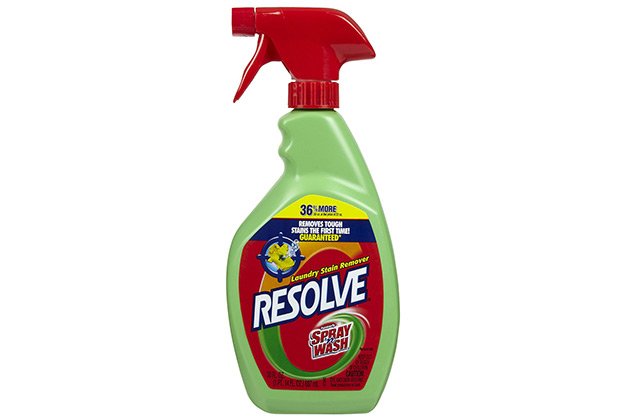 There’s no denying this stuff works on even the most stubborn, set-in stains. Too bad many Resolve products also contain carcinogenic sulfuric acid as well as aquatic toxins benzenesulfonic acid and, in the aerosol version, ammonium hydroxide. The Dual Power Laundry Stain Remover version is somewhat cleaner, though it does contain controversial borax (see Buncha Farmers). Still, if something is so deeply stained that using a squirt can save it from the trash, does the end justify the means? I’d say if you’ve already bought this stuff, it should be used as a last resort only. Try top-scoring greener options first. 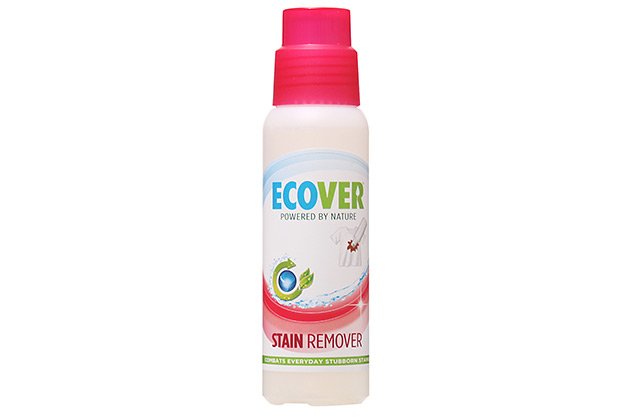 I like the scrubby tip on this German-made stain buster. However, when put to the test it didn’t do well against oil, ground-in dirt, mustard or red wine. Sigh. Ecover was called out several years ago for using carcinogenic 1,4-dioxane-contaminated sodium laureth sulfate, though the trace levels were much lower than in products like Tide, and Ecover stands by its safety. Its since ditched its old formaldehyde-releasing preservative and is using methyl-isothiazo-linone, which could trigger allergic rashes in some. There’s better, more effective stuff out there. 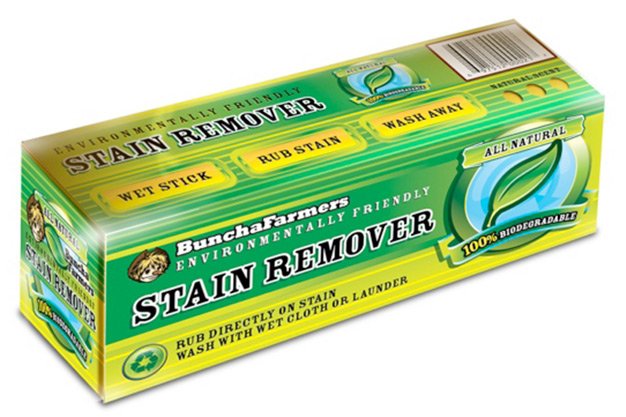 Beloved by clumsy chem-averse peeps everywhere, Buncha’s soap stick did a top-notch job on most of the stains I threw at it (wine, ketchup, grass/dirt, oil, berry juice). It even tackled old, dried-in pet stains, though it failed on old blood and ink. It lagged slightly behind Nature Clean Oxy on the mustard. The company says it’s just switched from destructive palm oil to nondescript vegetable oil, which they say is soy-based. Vigilant shoppers will frown over the borax in here, since the EU connected high exposure levels to reproductive toxicity, though the EU also said borax is safe at levels found in consumer detergents. Plastic-packaging-free. Made in Ontario by stay-at-home moms and sold at over 50,000 stores worldwide. 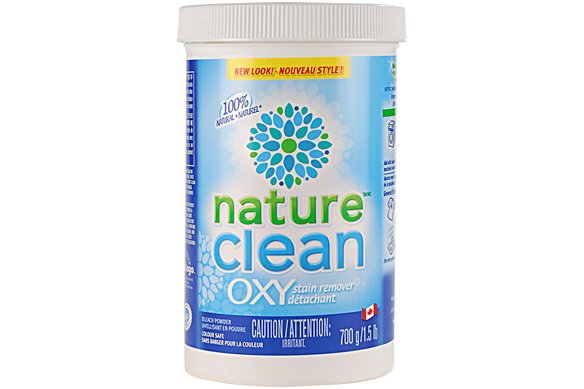 This Toronto-made powder mostly tied with Buncha, working its magic on wine, ketchup, oil, grass/dirt. It inched ahead a little on the stubborn mustard front and older blood stains. Plus, it’ll restore discoloured coffee mugs. It’s a little less handy to use since you’ve got to dissolve a spoonful in a bowl of warm water and soak to pre-treat. Its Ecologo-certified ingredients –  sodium carbonate, aka washing soda (which is also used residentially as a water softener), and sodium percarbonate, which is basically washing soda mixed with hydrogen peroxide – are also top scorers in Environmental Working Group’s Guide To Healthy Cleaning, though they are still irritants. Similar to cutely packaged Nellie’s Oxygen Brightener, except Nellie’s unnecessarily adds alcohol ethoxylates, as does popular OxiClean. 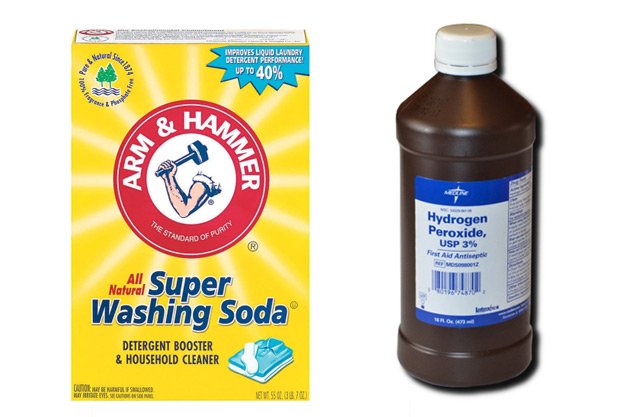 As an epic klutz, I get a lot of opportunities to test natural stain busters and have attempted nearly every DIY solution recommended by bloggers, housekeeping websites and random strangers at dinner parties. Some are duds, but for recent blood stains, a hydrogen peroxide soak works miracles. Pen explodes in your pants or purse? Get yourself some rubbing alcohol and saturate that puppy. Oil spill? Pre-treat with a basic baking soda/water paste. But if you want an all-purpose stain remover, mix 2 tablespoons of hydrogen peroxide with 2 tablespoons of washing soda. Stir in a tablespoon of natural dish soap for more degreasing action.