NowMagazineMusicFeaturesDiscwoman touches down in Toronto

Discwoman touches down in Toronto 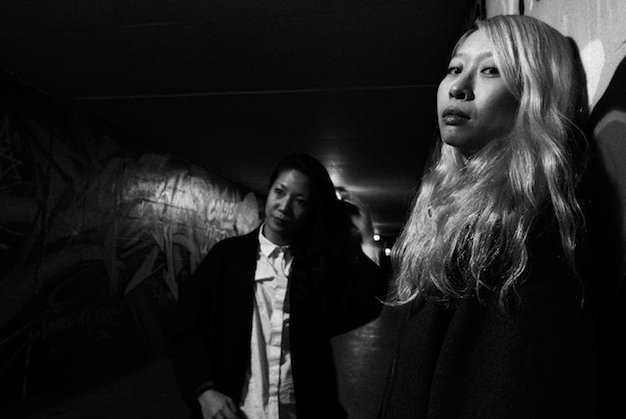 In other words, Chen gets off on creating mind-melding experiences.

When youre throwing a party, theres a whole other level of reward because you are able to bring that to life, she explains.

This weekend, she teams up with her friend/DJ/producer Cindy Li (aka CL, right) on a smaller-scale but more unique experience for Toronto techno-heads: a party with an all-female DJ lineup.

The pair are bringing the founders of New York-based feminist techno party and platform Discwoman, started a year ago by Frankie Hutchinson, DJ Emma Olson (aka Umfang) and Christine Tran to showcase female-identified talent at a time when womens contributions to electronic music are being obscured by male-dominated lineups at clubs and festivals.

According to statistics published in March by the electronic musician network female:pressure, 10.8 per cent of all acts that played electronic festivals in 2014 were women. Canada was slightly below average, with 9.4 per cent based on two festivals (Mutek and New Forms).

Discwoman, which just celebrated its one-year anniversary, has since spread to other cities and set off a wave of press coverage around systemic under-representation of women in dance music despite a wealth of talent.

Promoters can get a little defensive when you bring up that theyre not booking female producers, explains Li, who regularly DJs at Dundas West bar Bambis and hosts the show Work In Progress on local free-form radio station TRP. Because if you only book men and you say you book based on artistic merit, then you think only men can do this. But its not true youre just not digging hard enough.

Li studied English at Queens University, where she learned how to mix as host of a weekly campus radio show about electro, minimal techno and blog house. She invested in CDJs and a second-hand mixer and began competing in and winning campus DJ competitions and playing in local bars in Kingston.

She moved to Toronto after graduating in 2010 and started throwing a monthly Northern Soul party called Soulvation, and later monthly hip-hop night Run The Line.

I started to meet more DJs and techno- and house-inclined people, which also gave me the encouragement I needed to slowly get back into dance music, she recalls. “I started going to all of the Mansion and Foundry parties, and Bambis turned into my second home. It was extremely addictive, and all I wanted to do was immerse myself in this wonderful community and soak up the music like a sponge.

In February, she landed the Sunday slot at Bambis and has since started booking a Saturday-night party called Softstroke with all-female local DJs. She also spins exclusively female-produced music on her TRP radio show and has no trouble finding new music to play.

She booked and promoted a gig with Montreal DJ Project Pablo at Bambis in June. To be honest I only did it because I wanted to see Project Pablo, but the experience was so fun and fulfilling, its made complete sense to just keep on trucking, she adds.

Li and Chen who previously worked as a music booker in Shanghai are sitting across from each other at Ottos and, after our interview, theyll head across town to see English electronic heavyweights Autechre play the Phoenix.

As they rhyme off artists they love and their seminal dance-floor moments (Li recently scored a hard-to-get invite to Aurora Halals Sustain-Release party in the Catskills), its apparent their desire to bring Discwoman to Toronto is fuelled as much by fandom as it is feminism.

“So many girls I know love techno, but they don’t go to events,” adds Li. “It can be intimidating to go to a club, especially if you don’t know anybody. You have to walk through the barricade of dudes.”

Mansion is now on hiatus from party promoting while the founders focus on Ottos, but Chen still books the odd under-the-radar gig with acts like Leon Vynehall or Young Marco at smaller venues like Bambis.

This weekend’s Discwoman party will feature sets by the collective’s founders Umfang and Volvox, as well as Li and multidisciplinary Hamilton-based musician Christina Sealey, who DJed the Luminato Festival’s Unsound event earlier this summer.

Chen and Li are also planning to book more events together after Discwoman, which is a one-off. They dont pay attention to local EDM festivals like Digital Dreams and Veld at which 10 per cent and 0 per cent respectively of the headlining acts on this years bills were women, by the way and theyre not organizing Discwoman to get the attention of other promoters.

Their message is going out to women who love techno period.

Get them listening. Get them coming out to events and hopefully one day get them to DJ and produce and promote shows, says Chen. There are so many ways to get involved. There are incredibly few women promoters. Its about bringing people into this space. You dont have to be a little piece of it. You can affect it. You can create things. Thats very powerful.

I hope Discwoman is a raging party, says Chen. This isnt supposed to be a cerebral think piece.

Adds Li, This is not Lilith Fair for techno.