Ditch the brown bag and get out of your lunchtime rut 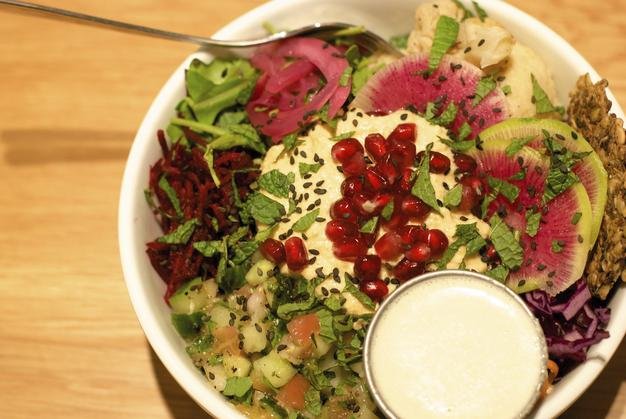 Kupfert & Kim’s hearty, health-oriented lunch boxes, sandwiches and snacks are all completely dairy-, meat- and gluten-free. The daily queue of diners at the company’s three PATH-connected locations downtown likely don’t feel anything’s missing from their meals, but I’m sure everyone would agree that the chain was sorely lacking in one thing: seating.

It’s great, then, to see K&K finally outgrow its food-court roots and go full-fledged fast-casual at its new location at Richmond and Spadina.

“I always wanted to open somewhere where we had control over the environment,” says co-founder Mark Kupfert.

“I think we wanted to find ourselves more in a middle zone, where some people worked and some lived close by. Our friends in Trinity Bellwoods can bike over, whereas they wouldn’t normally venture all the way to the PATH.”

The central locale dovetails nicely with what Kupfert says is a desire to make clean eating as easy and accessible as possible. “We just want there to be more options where it’s not a given that you should eat meat every single day,” he says, being careful not to rag on the omnivores. “We don’t want to be super-ideological and preachy. We want people in the mainstream to feel comfortable coming to us.”

The menu here, as at the other K&K restaurants, features variations on a theme: big bowls of organic goodness, with jewel-bright veggies layered over a base of brown rice or quinoa and topped with house dressings fashioned from wholesome ingredients. Flagship dishes, like the First Canadian Place quinoa bowl topped with maple-chia sauce or the Middle Eastern-inspired cauliflower tahini bowl (both $10.39), are still on the menu, as well as an ever-changing burger of the day ($11.05) and a brand-new vegan take on Korean miyeokguk seaweed soup ($10.60).

There’s also the requisite glass case stuffed with vegan coffee-shop treats, including Bunner’s cookies and five different flavours of macaroons from Earth + City (expect those offerings to change daily). House-made desserts like lime-avocado pudding are here, too. You might raise an eyebrow at the price – $3.90 for a little pudding cup? – but the citrusy richness, best savoured in dozens of tiny bites, is worth the price.

The big changes afforded by the space, aside from the abundant café-style seating, include little touches that flesh out the place: taps for kombucha from Rise (a liquor licence for gluten-free beer and on-tap cocktails is incoming), an assortment of K&K branded T-shirts and a chalkboard at the front of the shop that lists the farms and suppliers contributing each ingredient, from tempeh and quinoa to radishes.

Now that the launch is behind them, they’re playing with bigger ideas: holding weekly vegan tasting nights, adding seasonal chef-designed bowls to their menus (the first one, from Matt Blondin, will be rolled out in the coming weeks) and possibly even hosting lectures. “Basically,” he says, “we’re excited to try things.” 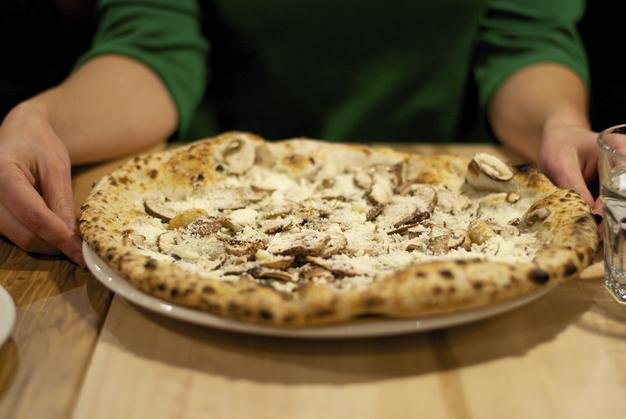 Those expecting a food-court-style set-up from the marriage of Pizzeria Libretto and Porchetta and Co. will be sorely disappointed.

“There was a little confusion,” recalls Gary Quinto, a managing partner for the Libretto restaurant family. “People thought it was gonna be a KFC/Taco Bell thing.”

They needn’t have worried. Over a two-year period of renovations, the ground floor of what was once a garment factory at King and Portland was overhauled into two totally distinct restaurants. The Libretto side, accessible via a tucked-away alley entrance, is a cozy, low-ceilinged variation on the theme set by the other Libretto locations – all red lacquer, subway tile, marble and weathered wood boards.

“If you go to the different locations, they all have a similar feel, but they’re all slightly different based on the neighbourhood,” Quinto says. “They’re not just cookie-cutter. Especially the location on King. People walk in and say, ‘This is exactly what I expect Libretto on King to look like.'”

The menu, though, is consistent with the other locations. In fact, all the Libretto menus are exactly the same, with a lineup of thin-crusted, blistered Neapolitan pizzas bolstered by homey Mediterranean starters. In the age of prolific chefs taking great pains to reinvent themselves with every new restaurant launch, it seems almost quaint.

According to chef Rocco Agostino, there’s a good reason for that: “We’ve tried to expand the menu and have different items at different locations, but then it comes back to us. People say, ‘I saw this there. Why can’t I get it here?’ So we made a conscious decision to make it consistent.”

Adds Quinto, “The strategy for Pizzeria Libretto is, overall, to make it a neighbourhood restaurant – you’re just gonna go to the closest Libretto. If you’re a superfan, you might [go out of your way] to see the King location.”

So they won’t even make a menu exception for that magical, prizewinning porchetta pizza?

“I’m sure at some point we’ll resurrect it,” Agostino says. “It’s incredible in its own right.” In fact, Quinto hints, the two chefs might get together for a pop-up event and make a party out of it. 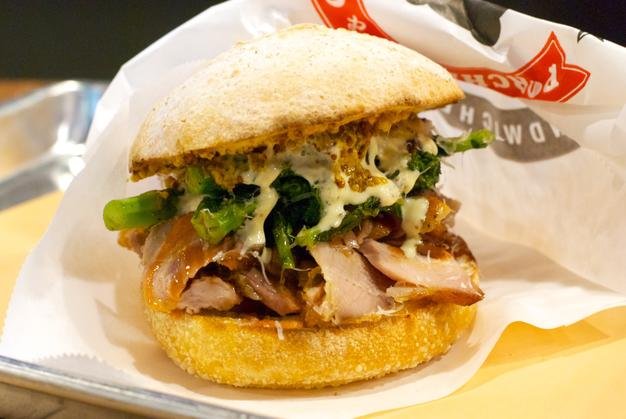 After opening in 2011, Porchetta quickly became Toronto’s favourite sandwich joint – an impressive feat, doubly so when you consider that they basically sell only one thing. Slow-roasted Italian pork loin and crispy crackling on a Thuet bun ($7.25 and up) sounds like a simple enough meal, but when you pile on the bitterness, heat and umami (thanks to a lineup of toppings that includes rapini, mushrooms, truffle mayo, grated Parm and hot sauce), it’s pure magic.

That simple sandwich was one of the earliest examples of a trend that’s now omnipresent in Toronto: elevated food in a fast-casual setting for an affordable price. “It took a while for people to adopt that,” says Porchetta chef Nick Auf Der Mauer. “They weren’t used to getting restaurant-quality food in a fast-casual takeout environment, right? And now it’s kind of the norm.”

I tell him that, given their crowd-pleasing yet simple menu, it’s amazing he wasn’t angling for world domination sooner. He replies that they were tied up with location No. 2, a split spot with Pizzeria Libretto.

A chance partnership with Libretto chef Rocco Agostino on a porchetta-topped pizza (which ended up taking the duo all the way to an international pizza competition in Las Vegas, where they placed third) brought Auf Der Mauer into the Libretto fold, where he finally found the perfect backers for a new location.

Despite the two-year-long slog to get the place open, Auf Der Mauer knew they were on to something special. “We were like, ‘Yup, this is it,'” he says. “I remember walking in and getting goosebumps. You could feel the energy in the space right away.”

Though the new Porchetta, which shares a ground floor with the latest Libretto, is still tiny, it’s double the size of the Dundas location. There are actual tables for diners to sit at – and behind a long window that offers tantalizing peeks at upcoming orders, there’s an actual kitchen instead of the electric oven and countertop appliances they’ve been using for five years on Dundas. “It’s pretty remarkable what we’ve accomplished, and the reputation we’ve achieved, considering the tools we have to work with,” Auf Der Mauer admits. (I agree.)

The menu is reaching past the pork, too. Their cult-favourite buttermilk-fried chicken number ($9.45), occasionally offered as a special on Dundas, is available daily here, as is poutine topped with porchetta-dripping gravy, Cheese Boutique curds and bits of crackling. Hangover-busting breakfast sandwiches starring more of that heavenly pork will be available at weekend brunch hours, and there’s a small lineup of craft beers in tall cans.