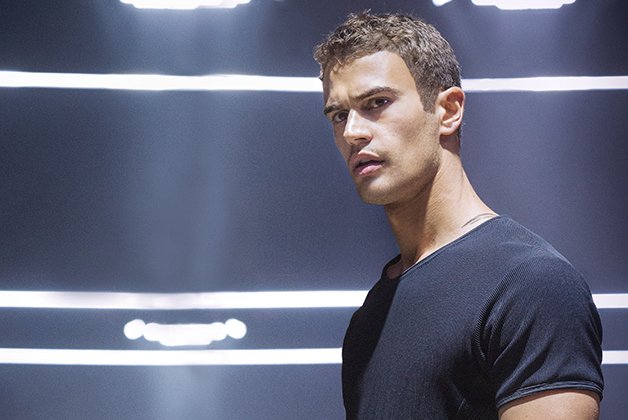 In a world – or at least a city – a century after a devastating war, one young woman must battle an elaborate political conspiracy in order to save her family and the beloved son of a baker…. Wait, sorry. That’s The Hunger Games.

Confusion is understandable, since there’s a very Katnissish vibe running through Divergent, which has been produced as a naked attempt to launch another young-adult franchise that will as much money as those Jennifer Lawrence pictures. Who knows? It might even work.

The problem is that Divergent takes nearly two hours to start, spending all of its time on dull world-building and endless training sequences. The opening act details the traditions and organizations of future Chicago, where people have been split into five clumsily defined “factions” – self-denying Abnegation, empathetic Amity, truth-telling Candor, dynamic Dauntless and know-it-all Erudite, which tells me novelist Veronica Roth came up with this concept the day she bought her first thesaurus. Citizens must choose their caste when they come of age.

One way to direct people in their choice is a psychological test, which is supposed to tell them which caste they’re best suited to join. Uncertain Tris (Shailene Woodley, much better than the material), raised in the Abnegation faction, impulsively joins the thrill-seeking Dauntless and spends most of the movie learning to fight, shoot and climb things. But she has a secret: her test was inconclusive, meaning she’s a “divergent” – a person who can’t be labelled as just one thing, man.

So Tris learns to box and jump off moving trains and ask too many questions, eventually qualifying as a full-fledged Dauntless just in time for her and battle coach/love interest Four (Theo James) to be swept up in an Erudite coup against Abnegation.

Once the plot actually gets going, Woodley comes to life and so does the movie, delivering a couple of effective action sequences and some good moments for Ashley Judd as Tris’s mother and Kate Winslet as a snooty Erudite villain. But there’s a lot of moping to be endured before we get there, and I can’t say I really care about following these characters into a sequel.