Divertimentos: The Films Of Matias Pineiro 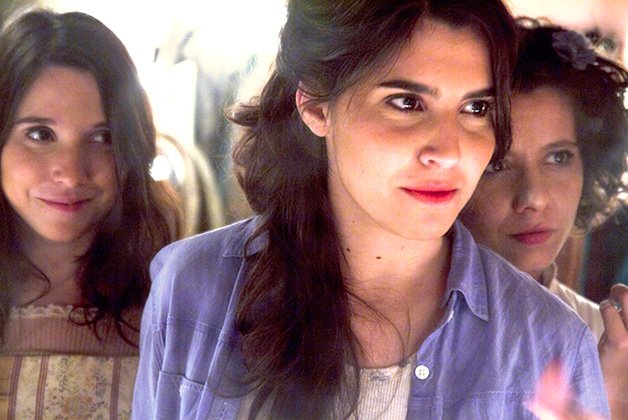 The work of Argentine director Matias Pineiro abounds with effervescent pleasures encased in narratives teeming with incident yet devoid of conventional plot mechanics.

Kissing, reading, conversing, swimming, playing music: such activities are the leitmotifs of the four films featured in TIFF Cinematheque’s aptly named Divertimentos: The Films of Matias Pineiro. Above all, they brim with talk, which may speak to something in the national character (Argentina employs more psychologists than any other country) but is also the natural by-product of Pineiro’s ongoing dialogue with literature and theatre. For him a book is both an object to behold and an engine for exchange, while a play is a thing to act out, take apart and let infuse the rest of one’s life.

Inspired by a book by 19th century Argentine statesman Domingo Faustino Sarmiento, The Stolen Man (2007) follows a tour guide (Pineiro mainstay Maria Villar) who steals artifacts from the museum where she works. She also spies on a friend’s fiance who appears to be getting stolen by another woman. Recalling the cinema of Jacques Rivette and Eric Rohmer in its rhythms, verbal density and playful eye for behaviour, the film peruses a network of young lovers and friends while touring Buenos Aires’s cultural institutions, monuments and parks.

While repurposing many of The Stolen Man’s actors and revisiting many of its themes, They All Lie (2009) and Rosalinda (2010) by contrast revel in pastoral pleasures, unfolding entirely in and around a country cottage. Sarmiento returns as a much-referenced icon in the former, while Shakespeare’s As You Like It provides the foundation for the latter.

Viola (2012) continues Pineiro’s Shakespeare variations, capturing an all-female theatre company’s performance of a seven-play mashup in gorgeous tight shots of faces. The camerawork becomes even tighter and more fluid in a bravura sequence where the actors discuss the merits of being active or passive in romance. This prompts the belated introduction of the protagonist (Villar), a delivery woman of pirated DVDs whose itinerary connects her to all the film’s characters. Curious revelations culminate in a scene of romantic harmony in which some things are left conspicuously unspoken while others are delivered in song!

For all their chatter, you could watch Pineiro’s films without comprehending a word and still be beguiled by the gestures and interactions. But if you’re compelled to continue the conversation after seeing these films, you’re in luck: Pineiro will attend every screening.