The Ramp Project is removing barriers for people with disabilities, one storefront at a time 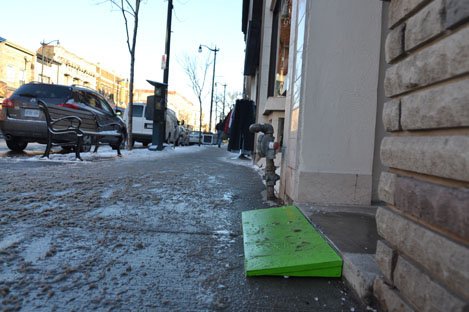 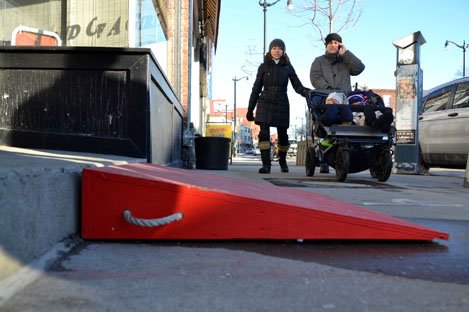 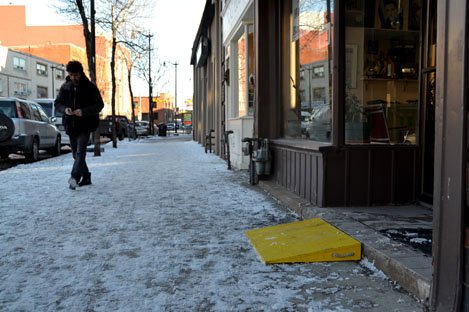 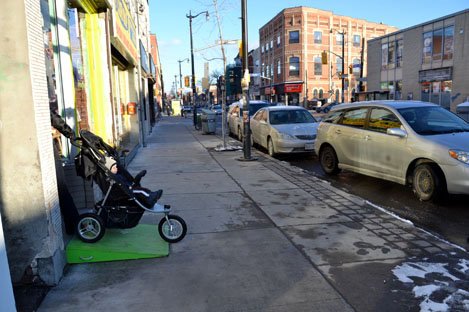 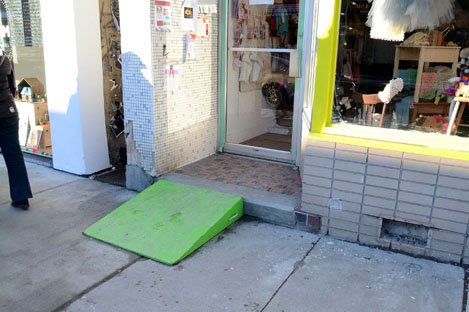 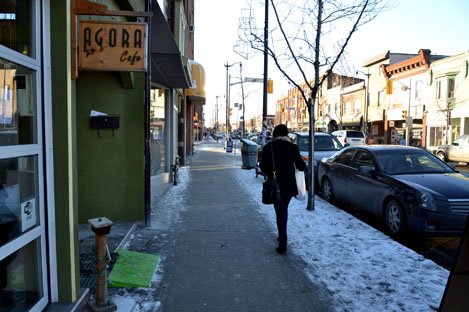 In the next 13 years, Toronto is getting a makeover. Its buildings will become barrier-free, its businesses wheelchair accessible. In fact, new legislation from the province will make all of Ontario accessible by 2025.

But Luke Anderson isn’t going to wait that long.

Anderson, a Toronto engineer and wheelchair-user, is seizing the issue now. Last year, he launched the Ramp Project, a guerilla accessibility movement that distributes temporary, brightly coloured wooden ramps to businesses in the Junction.

Working with a group called Stop Gap that he co-founded with fellow engineer Michael Hopkins, Anderson and a group of volunteers design, build and install the ramps, which are custom fitted for each doorway. Because they’re temporary (business owners take them in at night) they don’t run afoul of current building codes, and thanks to a partnership with Home Depot they’re also free.

The Ramp Project is inspired by the colourful Good Bike project, and is as much about raising awareness as improving access to individual buildings. The ramps make it easier for people to get in and out of local businesses, but they also draw attention to the barriers that make it difficult for people with disabilities to take part in daily life.

Those barriers are something Anderson became increasingly frustrated with after he lost the use of his legs in a 2002 mountain biking accident.

“I had developed some thick skin and didn’t let the fact that I couldn’t get into certain businesses bother me. I just let it roll off my back,” he says. “But I got sick and tired of taking that approach, when going to look for a pub with some buddies after work, not being able to get into places time and time again.”

Out of that frustration, the Ramp Project was born. So far, Stop Gap has installed ramps at 13 businesses in the Junction, and plans to expand the project to Roncesvalles this spring, and later Bloor St. West. This past weekend the group delivered 17 ramps to Stouffville, Anderson’s hometown.

The project benefits wheelchair-users like himself, but Anderson says he hopes the ramps also encourage people to start thinking about how society needs to more inclusive to people in all types of situations. He points out the ramps also help out parents with strollers, elderly shoppers, and anyone else who doesn’t fit the mould of a young, mobile, able-bodied person.

“That’s the real point of the project. Simple, simple solutions to these problems in our built environment can really make life easier for everybody,” he says.

Compared to other cities, Toronto is lagging behind in implementing those solutions. On a recent trip to Stockholm, Anderson encountered barrier-free designs everywhere, from the transit system to apartment buildings to convenience stores. By comparison, only a handful of TTC stations are accessible, and consideration for people with disabilities still isn’t ingrained in many Toronto building designs.

“We’ve been designing a certain way forever and we’ve never really given it a thought,” Anderson says. “From the subway system to the park system, we really have a long way to go.”

He hopes the Accessibility for Ontarians With Disabilities Act will help Toronto catch up with places like Sweden, but he believes we need to start thinking about inclusivity issues long before the act comes into force in 2025.

“I think we’re going to run into Mickey Mouse designs because we’re under the gun and rushing to get stuff done,” he says. “It’s better to be proactive with things like this.”