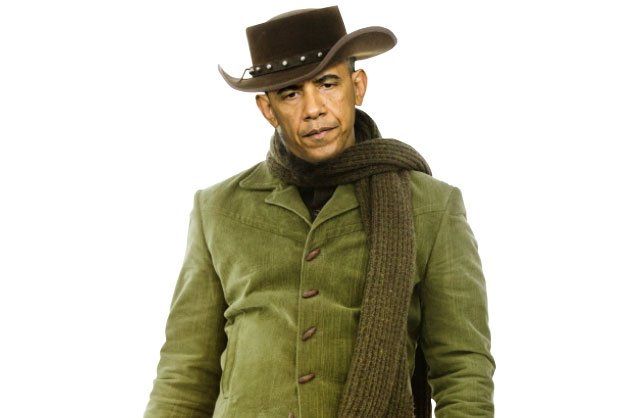 Although the 44th president of the United States has 44 or so weeks left in his term before he leaves office, and may still work miracles, it is time to wonder how this present and future subject of Black History Month will be remembered.

One early barometer is Hollywood, which meets to hand out the Oscars this weekend. Many black actors have pledged to boycott this year’s event over the fact that no nominees of colour are up for major acting awards. #OscarsSoWhite because #HollywoodSoWhite, according to a new study released by researchers at the University of California’s Annenberg School for Communication and Journalism.

But the film industry has historically tried to take the measure of sitting presidents, and Obama is no exception. As the first African-American president, Obama has already been the implicit subject of several Hollywood films. I’ll call Django Unchained Quentin Tarantino’s wishful vision of the commander-in-chief as #1 ass-kicker of redneck crackers.

It won two Academy Awards (for original screenplay and best supporting actor) as well as a number of awards from Black Entertainment Television and the NAACP.

Django Unchained seems to be endorsing a black macho stereotype. It appears to argue for a robust response to white racism, which is seen as brutal and barbaric. You could also see in it Tarantino’s implicit endorsement of Obama’s gunning down of Osama bin Laden and authorization of the assassinations of other “terrorists.”

You can imagine Jamie Foxx’s Django thrusting his foot deep into the tight and presumably filthy asses of Klansmen, Republicans and Tea Party types, doing what Obama and his progressive backers have seemed incapable of: inflicting pain and confusion on their sworn anti-black, NRA-loving enemies.

Yet, to make his point, Tarantino harks back to a pivotal moment in Jamaican-born Perry Henzell’s 1972 classic film The Harder They Come, in which the protagonist, Ivan (played by reggae star Jimmy Cliff), an uncouth and naive lad from the countryside now removed to Kingston, Jamaica, ends up dead.

In Henzell’s film, Ivan goes to the Rialto on his first night in the capital. The film he sees, seated in a row of rapt black faces, is Django, the 1966 spaghetti western directed by Sergio Corbucci. In Henzell’s movie, the black audience is shown exulting in star Franco Nero as he coolly reveals a Gatling-type machine gun to mow down a menacing army of killers, all wearing Ku Klux Klan-style hoods with cut-out eyeholes, and cowboy hats to boot.

Henzell returns to the scene at the film’s conclusion, when Ivan enacts in his mind a scene similar to the one in Corbucci’s film. The difference is that he squeezes off only a few shots before he’s cut down.

The ironies of a Jamaican director paying homage to an Italian director’s reimagining of American history are multiple.

In Django Unchained, Tarantino, an Italian American, refers to the original Django in a scene where Foxx and his bounty hunter mentor, Dr. King Schultz (played by Christoph Waltz), dynamite to smithereens a horde of Ku Klux Klan-style night-riders whose masks resemble those worn by the would-be killers in the Corbucci film.

His film is a consummate conjunction of the spaghetti western and blaxploitation genres, a fact reinforced by the appearance of Django star Nero in one scene – and references to other blaxploitation classics such as Shaft and Mandingo.

Tarantino urges us to regard his white Dr. King as heroic, even if he’s nothing like the real-life (and, of course, black) Dr. Martin Luther King Jr.

Tarantino’s Dr. King is a German-cum-American bounty hunter, once a dentist, whose presence in the film also recalls the popularity of the West in German pop culture (see the novels of Karl May).

Tarantino’s isn’t the only film to riff indirectly on the Obama presidency.

From this perspective, Obama represents the “unchaining” of (African) Americans.

However, Obama isn’t immune to erasure. In Zero Dark Thirty, about the hunt for America’s foremost public enemy, Osama bin Laden, the president hardly figures, even as a portrait on the wall.