DMC on how Sarah McLachlan saved his life, literacy and the Rock and Roll Hall of Fame

Plus: DMC on our five fave music videos from his catalogue 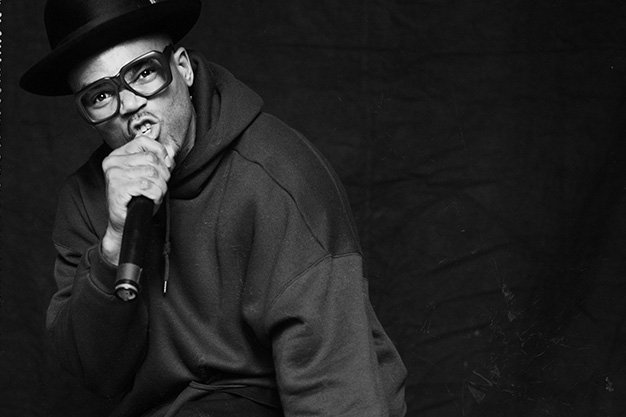 It would make for a perfect origin story for a superhero: an adopted teenager from Hollis, Queens forms a group with two of his friends to share a hidden craft that mainstream society hasn’t discovered, inspiring generations to come.

Alongside Joseph Simmons, Darryl McDaniels and the late Jason Mizell became Run-D.M.C. and Jam Master Jay, bringing hip-hop to the mainstream with them. Then, after bouts with depression and alcoholism, McDaniels discovered he was adopted while writing his autobiography King of Rock, leading to a new calling as an advocate for adopted and foster youth.

Now, with a self-titled superhero graphic novel under his belt, DMC has returned to music: battling police brutality with Flames – the upcoming single from his sophomore solo album featuring Tom Morello (formerly of Rage Against The Machine) and Myles Kennedy (Alter Bridge), and produced by John Moyer (Disturbed).

We spoke to DMC ahead of his Saturday performance at the Metro Toronto Convention Centre, as part of the three-day Gentlemen’s Expo.

Do you have a favorite memory of performing in Toronto or anywhere else in Canada with Run and Jam Master Jay?

DMC: I remember coming to Canada and doing a four or five day tour when Down With The King came out. The shows were so much fun!

As an author who’s written an autobiography and now a comic book, which are some of your favorite books? Do you think today’s technology has helped kids become more literate than previous generations?

The Alchemist is one of my favorite all time books! I read a lot of spiritual and metaphysical books. Right now I’m reading The Mysticism of Sound and Music by Hazrat Inayat Khan.

Tech is good and necessary but a lot of kids don’t read. That’s why I’ve created a children’s book called Darryl’s Dream, for kids K through 6. I’ve collaborated with two educators, Shawnee and Johnny Warfield, and my graphic artist marketing wiz, Adam Padilla. We are attacking and saturating education systems with the power and positivity of reading! We are [also] starting The Dreams Motivate Children movement.

What was the most challenging feeling to deal with after finding out you were adopted? What advice do you give to kids who you’ve met in similar situations within the adoption and foster systems?

The most challenging thing was finding out as much as possible about the unknown truth about my existence. I tell young folks and all folks adopted or in foster care: Your situation doesn’t define who you are, but it is a part of your story and identity.

Onyx is considered part of the Run-DMC family tree thanks to Jay’s mentorship. Are there younger artists who you’ve mentored, or who you feel are also carrying on what Run-DMC stood for?

There’s a lot of great hip-hop out there, but no one will ever be as great as the period before the record industry recorded hip-hop. It doesn’t and can’t be no rawer or better than Furious 5, Cold Crush 4, Treacherous 3, Bambaataa and Zulu, and all the others before the rap music industry began! Shout out to Crash Crew – they should be mentioned [among the] greatest groups ever!

Your Rock and Roll Hall of Fame induction is one of the most memorable in the Museum’s history. Which Hip Hop artists or groups would you enjoy seeing inducted next?

Afrika Bambaataa & Soul Sonic Force should be inducted! The Message [by Grandmaster Flash and the Furious Five] is number one, and Planet Rock [by Afrika Bambaataa & Soul Sonic Force] is the second best hip-hop song ever! It changed shit and was the most highly duplicated record of that 80s era. R&B, dance, house, club, etc. jumped on it – and the flow on it is untouchable!

We asked DMC to revisit our top five music video picks from his catalogue:

“We did Rock Box because I wanted to make a song as dope as Billy Squire’s Big Beat. Larry [Smith] and Jay didn’t hesitate to satisfy my need!”

“There is no Walk This Way if there was no Rock Box and King Of Rock! We was gonna sample and just brag our asses off, but Rick Rubin suggested we do [a] complete cover song.”

“Hated it! Jay had me dancing and doing the running man wearing some funny colored suit! Only did it cause I love him!”

“Pete Rock hates me saying this, but it’s the truth: Down With The King saved our careers! Thank you Pete [and] all my friends who showed up for the video. I’m humbled!”

“Just Like Me was my last words because I was staring death in the face. Sarah McLachlan’s song Angel saved my life! The video is a preview of what my life story as a Broadway play is going to be about. I’m looking for a writer and director – something really special is going to be created!”