Do our soldiers need a union?

Some say that membership will invariably "pacify" those in uniform, but that hasn't happened in other countries 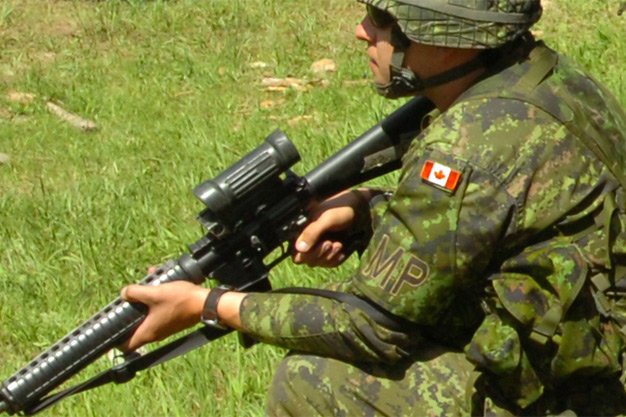 Nonetheless, politicians seem willing, yet again, to leave the problem to the generals, like our recently replaced chief of the defence staff, Tom Lawson, who dismissed the problem of sexual harassment by stating that some military personnel are simply “biologically wired in a certain way.”

Former veterans argue that now’s the time for government to give our men and women in uniform a voice in their own well-being by allowing them to form a professional association or union.

“There’s absolutely no reason, within the realm of Canadian Charter rights or natural justice, that would prevent Canadian Armed Forces members from organizing and collectively bargaining for their rights and benefits,” says retired air force captain and disabled veteran advocate Sean Bruyea. The RCMP, in fact, won the right to unionize in a recent Supreme Court ruling.

Understandably, the idea of a professional military association or some variation of a union may seem revolutionary to those who only see soldiers on public occasions and royal visits parading automaton-like in lockstep to the commands of their sergeant-major. But the plain truth is that associations with collective bargaining rights are not as novel an idea in this country’s defence-security network as you might think.

Every day our uniformed paramilitary municipal and provincial police, border guards and fire service personnel ensure our safety and security as card-carrying union members. The same is true of employees of the Canadian Coast Guard, as well as various elements of the Canadian Security Intelligence Service and Communication Security Establishment.

Of course, these uniformed and armed employees do work that’s classified as essential services and do not have the right to strike. But that doesn’t stop them from bargaining collectively for greater benefits and salary, seeking arbitration when contract talks reach an impasse or advocating on members’ behalf. It doesn’t in the military services of other countries, either.

For the last few decades, Canadian Forces have served alongside unionized military personnel from Germany, Norway, Netherlands and Sweden. France’s military is soon to unionize, too.

Understandably, some fear that unionizing the armed forces will compromise its disciplinary ethos. But just how valid is the argument that union membership will invariably “pacify” those who wear a uniform and may have to stand in harm’s way? Are municipalities being flooded with complaints that our unionized police are slack in their fight against crime and their interaction with the public? The opposite appears more often to be the case.

Should I be concerned that unionized firefighters in my community may fail to show up and do their job if my house catches fire? Likewise, there seems to be no perceivable level of public panic that safety is being compromised because our Coast Guard and Canadian Border Services Agency members carry union cards.

Yet, despite the fact that our military personnel are increasingly technologically savvy and educated, long-outdated notions of absolute disciplinary submission to superiors continue to dominate our perception of what is right and normal.

“The modern military should not be about the antiquated notion of marching in perfect unison on a parade square following barking orders,” says Bruyea. “Soldiers who know that their needs and views will be respected can contribute their innovation, creativity and best abilities, resulting in more effective units and a more effective military.”

Retired army colonel and lawyer Michel Drapeau says, “Our men and women in uniform are becoming more sophisticated and educated. They know they have rights and they want to have them observed. However, at present it is very much one-sided in favour of the military chain of command, which does not shy away from using its potent disciplinary powers to silence dissent and leave wrongs unattended.”

Drapeau, who served in a variety of senior command positions during a 34-year military career, envisions an association of military professionals working in concert with the chain of command to “achieve excellence in standards of discipline… within a modernized and effective military justice system.”

Closely related to concerns about the impact on discipline is the fear that a unionized military might compromise the high standard of leadership that officers and non-commissioned officers are expected to aspire to.

“Nonsense,” says Peter Stoffer, the NDPs Veteran Affairs critic, who was active in the union movement prior to entering politics. “If anything, it will help the leadership in the Forces. The only people who fear unions are very poor and weak managers.”

Drapeau argues that without an association to hold leaders to good leadership principles, bad leaders can continue to “use the incredible disciplinary power that they have over the careers of others.”

Bruyea goes further, saying that it is “questionable whether Canada has ever produced a culture of strong, caring leadership, let alone any culture of quality leadership, in our military.” He describes Canada’s senior military leadership as ” technocratic careerists who rarely put the interest of subordinates first.”

As a counter to this bureaucratic careerism, a union, according to Bruyea, “would allow the personnel interests to be put on equal footing with other political and bureaucratic demands.”

It’s inevitable that any future debate over a possible unionized Canadian Armed Forces will raise concerns among traditionalists, as did the opening of combat roles to women and the introduction of religious headgear in the 1980s and 90s.

Our government may well decide that basic Charter rights do not apply to Canada’s military when it comes to unionization. Should that happen, it will then be up to our soldiers to decide how much they may want to be a part of an organization unwilling to trust them as legally recognized stakeholders.