James Arthur Ray, who rose to fame after appearing in The Secret and on the Oprah Winfrey Show, was convicted of negligent homicide after three of his clients died in a sweat lodge ceremony in Sedona, Arizona in 2009. 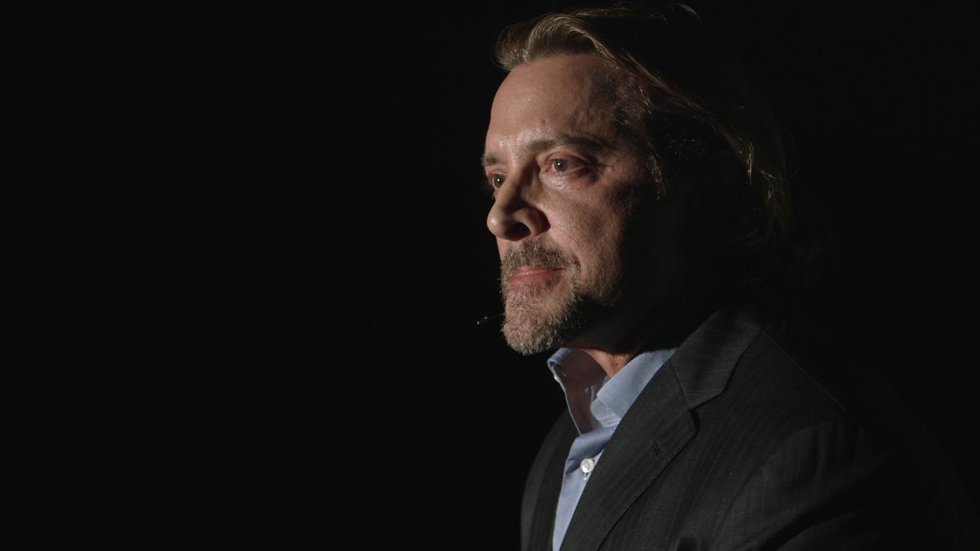 How is it possible that three people died of heatstroke in a sweat lodge ceremony in Sedona, Arizona while on an excursion led by former self-help superstar James Arthur Ray? Why didn’t they just leave?

That’s the question director Jenny Carchman and Toronto-based producer Allyson Luchak set out to answer in Enlighten Us, a new documentary airing December 3 on CNN. Ray, who went to jail for two years for negligent homicide as a result of the tragedy, had never testified or spoken publicly about what had happened – until his candid and fascinating appearance here. His former clients, who survived his gruelling methods, say the initial media reports had the story all wrong by dismissing his followers as brainwashed members of a cult on the fringes of society.

Instead, viewers will discover a community of relatable people who, in the aftermath of the economic meltdown, were grappling with a diverse set of life challenges, from dealing with slowing sales at work to surviving abuse. Self-help is an $11 billion industry, and at the height of his career, as many as 14,000 people saw James Arthur Ray speak in Toronto. His somewhat confrontational, tough love approach to motivational speaking and problem-solving was all the rage, popularized by appearances in The Secret, the massively successful positive-thinking series, and on Oprah. Some of his workshops challenged clients to test their limits by engaging in activities like walking across hot coals or chopping a cement block in half with their hands. But it was Ray’s week-long Spiritual Warrior course, where participants were asked to withstand unbearable heat in a dark, claustrophobic sweat lodge for two hours, that claimed the lives of 37-year-old Kirby Brown and James Shore, 40. Liz Newman, 49, died in hospital nine days after.

“We really wanted to show really this was not a cult. These were not cult members,” says Luchak. “These are people like you, like me, who were looking to move their lives along as we all do. They had a really hard week and a very demanding physical situation.”

What becomes clear – and is so relevant to today’s political and economic climate – is that the pressure to quickly improve life and its conditions, combined with uncertainty, exhaustion and vulnerability, had disasterous results.

Torontonian Laura Tucker can testify to that. Her story, detailed in the film, is harrowing: after taking a number of workshops and courses with Ray that she describes as “self-empowering,” she enrolled in Spiritual Warrior. She survived the sweat lodge, but was at the side of victim Liz Newman, who appeared to refuse assistance while exhibiting other signs of distress.

After taking a break from all things self-help for five years after the sweat lodge tragedy, Tucker has launched her own career as a life coach for entrepreneurs. She says she’s disappointed that other thinkers who appeared in The Secret video haven’t spoken publicly about how people can navigate the world of self-help safely.

“It’s okay to have a teacher or a mentor,” she says. “But what becomes problematic is when people start attributing all of these characteristics of good or – not super-human – but extreme qualities of good to them. You don’t really know them personally.”

As for Ray, who is out of jail and trying to make a comeback, he’s portrayed empathetically and fairly. But it’s up to you to decide if he really understands how he played a role in the deaths of three people under his care – and if he’s sorry for it.

Watch Enlighten Us on CNN at 8 pm and 9:55 pm on December 3. Find it again on CNN GO starting December 4.