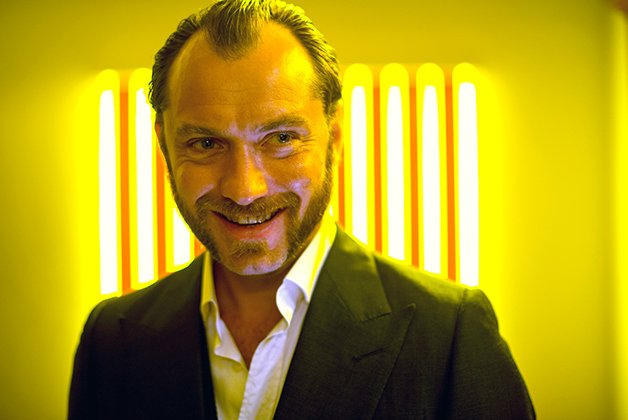 After his revelatory supporting turn in 2012’s Anna Karenina, Jude Law proves once again that a leading man can become a kick-ass character actor.

He plays the eponymous Dom Hemingway, a foul-mouthed, cocky (just listen to his hilarious, ribald opening monologue), middle-aged safecracker who’s released from prison after 12 years and goes looking for the money that’s owed him. There’s also the matter of reconnecting with his daughter (Emilia Clarke, unrecognizable from Game Of Thrones) who grew up in his absence, is now a mother and wants nothing to do with him. Law delivers a ferocious comic performance with layers of pain, hurt and guilt bubbling beneath his raucous, bulging-veined exterior.

The supporting actors – Clarke, Demian Bichir (A Better Life) as a sinister crime kingpin – are good but don’t have much to do. Richard E. Grant’s role as Dom’s nattily dressed best friend is essentially a series of nervous reaction shots. Grant nails them, but he deserves a meatier part.

But Law is feckin’ brilliant.