Dont take a ride with Passengers 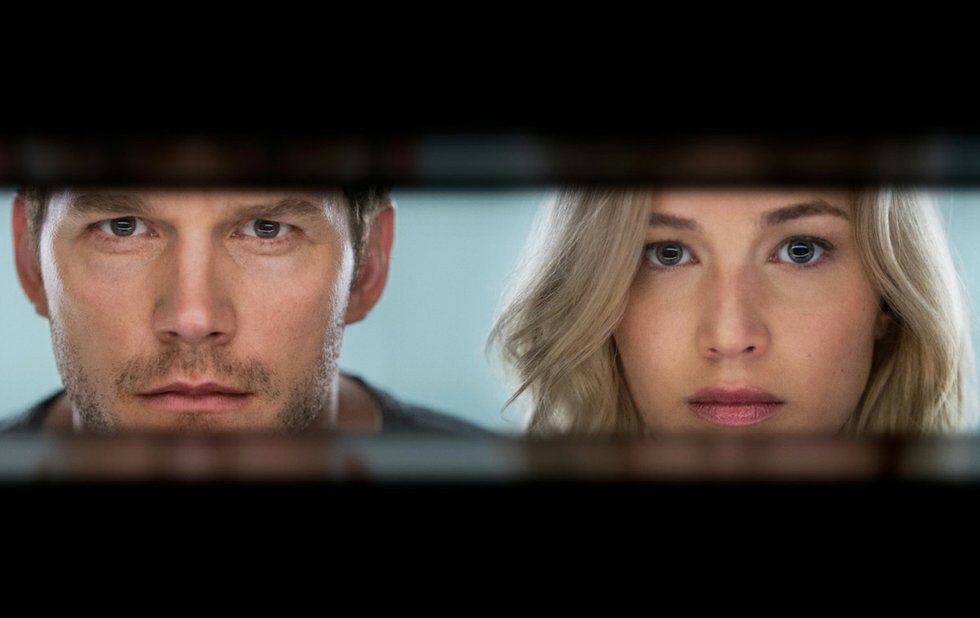 The most frustrating thing about Passengers isnt that its about a man who goes to unconscionable extremes to make a woman fall in love with him in deep space. Its that the movie didnt have to be about that at all.

The high concept of Jon Spaihtss screenplay is that mechanic Jim Preston (Chris Pratt), a passenger aboard the malfunctioning space liner Avalon, is burped out of hibernation a quarter of the way into the 120-year voyage.

With no way to go back under, no hope of rescue and only an android bartender (Michael Sheen) for company, Jim agonizes over whether to wake up another passenger writer Aurora Lane (Jennifer Lawrence), who seems like a pretty nice person in the videos he finds in the ships archives so he wont spend the rest of his life alone. And when he finally does, he pretends she was revived accidentally.

Its not the best starting point for a relationship.

Im being snippy, but, really, who thought this was a good idea? At its heart, Passengers is basically an interstellar version of every bad Julia Roberts and Jennifer Lopez thriller Enough Sleeping With The Enemy In Space but told from the point of view of the duplicitous boyfriend instead of the gaslit protagonist.

To his credit, Pratt sells the disgust and self-loathing that fuel his decision pretty well, his sheepish charm curdling as he actively schemes to doom this random woman to share his fate and Lawrence does a much better job of playing the existential horror of their situation once shes awake and aware.

But this movie has no time for it as I said, its not played from Auroras perspective. Instead, we get a straight rom-com treatment of their relationship. Jims the perfect boyfriend, courting Aurora with grand gestures and witty banter and giving her plenty of space, with cheerful support from Arthur. They basically have the entire cruise ship to themselves. Auroras first-class ticket means they get all the best meals, and its not like anyones ahead of them in line for the pool, and theyre young and attractive and its the future and stuff, so why wouldnt they fall head over heels for each other?

Director Morten Tyldum similarly simplified a whole bunch of complex relationships in The Imitation Game, along with a lot of math, so I suppose I shouldnt be surprised. But its striking to see him fumble virtually every opportunity afforded him here imagine what Paul Verhoeven could have done with this material. (Think of the commentary on the commercialized aspects of the Avalon, where Pumpkin Spice Lattes are available every morning if you have the right membership.)

Anyway, theres other shit happening. Those malfunctions start to pile up, and some other things happen that I dont feel I should spoil, even though they fall between awkward contrivance and oh, right, Jon Spaihts co-wrote Prometheus of course hed think this was clever, and then were leapfrogged into an ending that requires both the characters and the movie to conveniently ignore information we all just learned, and god dammit, why cant these movies be better?

You know what? Forget what I said before. The most frustrating thing about Passengers is that it actually could have been better. Theres a way to tell a version of this story that doesnt reduce Aurora to a possession, that forces Jims hand in a way that makes dramatic and emotional sense and even allows for an ending that doesnt make you want to bang your head against the wall.

The greatest disappointment about Passengers is that it thinks its that movie already.