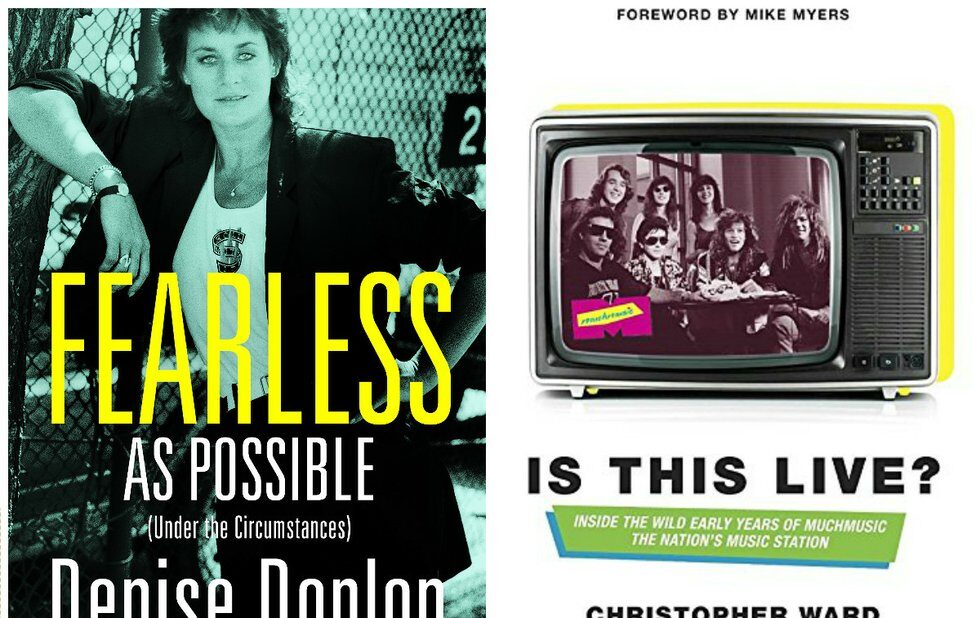 Okay, maybe shoulder pads and big hair haven’t quite made a resurgence yet, but two books by locals who made a deep impact on the Toronto arts scene in the 80s have just hit bookstores, so you never know. Here’s how Christopher Ward’s Is This Live? Inside The Wild Early Years of MuchMusic: The Nation’s Music Station ($32, Random House) and Denise Donlon’s memoir Fearless As Possible (Under The Circumstances) ($32, Anansi) measure up.

Ward uses hundreds of interviews and pics to trace the trajectory of MuchMusic, evoking the chaos of the innovative TV station’s seat-of-the-pants production style. It winds up being about music in the 80s, with the accent on the Canadian scene.

Donlon’s book covers the trajectory of her own life, from rising through the ranks of Citytv – where she became MuchMusic’s director – to blowing away the glass ceiling at Sony Records and the CBC.

Random House pulled out all the stops for Ward’s book, publishing it on glossy stock with hundreds of photos, most of them pretty damned good.

Fearless is a basic hardcover, and the photos are few, tiny and not that compelling. Ward plainly had access to a treasure trove not available to Donlon.

Ward has no problem publishing trashy shit about Citytv head Znaimer, quoting liberally from haters of the TV visionary. Donlon’s kinder but doesn’t pretend he’s the most lovable person around.

Ward tells a hilarious story about his involvement in making the video for Cohen’s Closing Time. Cohen wasn’t exactly cooperative. Donlon’s tale of trying to convince Cohen to include So Long, Marianne on Sony’s compilation The Essential Leonard Cohen – it made it onto the disc against Cohen’s wishes – shows her to be a shrewd negotiator, even if Cohen had to be strong-armed in the end.

Ward was forced to write his book without assistance or a lengthy interview from MuchMusic co-founder John Martin, who died in 2006. Donlon had so much material to work from that she chose not to write about her New Music interview with Catherine Smith, the woman who administered the lethal heroine injection to John Belushi. It was one of the first pieces that gave serious cred to TV music journalism.

Every page of both books is packed with famous names. Donlon’s is 200 pages longer, and she also mentions politicians, business people and more, so she’s the winner there.

Ward’s book is fun, fun, fun, reeking of nostalgia and, though he’s written a few blurbs in between the quotes and pics, you learn almost nothing about him. Donlon’s memoir, obviously, gives us much more of the author. We get a portrait – a must-read for any woman navigating the entertainment industry or any business, for that matter – of an extremely intelligent woman who broke through barriers to make a difference on Canada’s arts landscape.