Vote strategically to win the progressive government we deserve 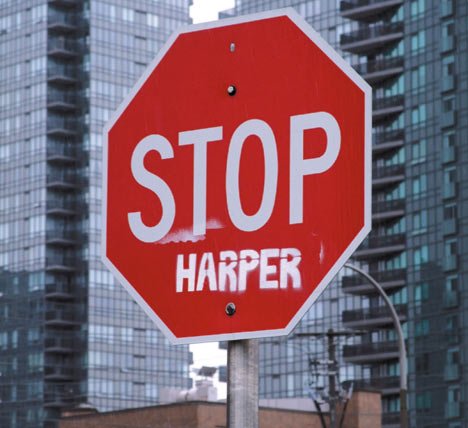 Who’s complaining about polling now? The polls have been wild and crazy, but they’re revolutionizing this election. So what’s the message in the madness?

First and foremost, hats off to Quebec. She just can’t seem to help herself. It looks like she just might rescue Canada – again.

Remember, last time out it was Quebec that mostly saved us from a 2008 Harper majority. And it happened poetically. Francophone artists went viral and turned the tide. Once Quebeckers realized that Harper scoffed at the arts, a worrisome flirtation was off and the Conservatives stalled at the same 10 seats they got in 2006. The rest is history.

This election is poetic, too. The NDP surge in Quebec is the unexpected thriller progressives would have been praying for if we’d had the smarts to imagine it. No other scenario could have shaken the ground in this election like an orange swing in la belle province.

If it translates into the big wins suggested by recent polls, it will transform the country’s political dynamics.

Truth is, the province of Quebec is the most stalwart and reliable home of forward-thinking people in the country. The worst thing that ever happened to the political dialogue and texture of Canadian public life as a whole was losing touch with our most delightful and inspiring francophone wing.

I totally respect the right and need of Quebec voters to choose to have their own federal political party, but the unintended consequence has been a scary increase in the right’s ability to dominate the political dialogue.

Harper has used the Bloc “spectre” to vilify and exclude a huge mass of our most progressive citizens from a meaningful role in key aspects of our parliamentary system. And hiving off Quebec progressives has given more political heft to the Alberta-bred Reform view in the rest of the country.

These outcomes have helped Harper disembowel civil society and democracy on both sides of the Quebec border.

Yay for Jack Layton and his able lieutenant, Thomas Mulcair, for being such compelling warriors. Layton has embodied a caring vision in a way that inspires confidence and admiration. He deserves to be celebrated. 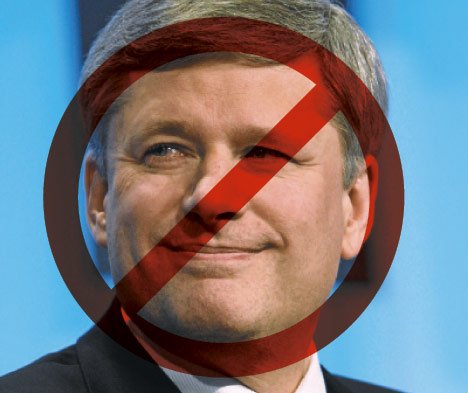 But if the election turns out well, let’s be sure we anglo and other multi-Canadians figure out how to show our gratitude to Quebeckers. By considering housing themselves in our shared NDP, they have planted new hope that the entire country can become more like them. Sign me up.

Still, if we want the country to do well in this election, we all have to do our part. A good outcome is unlikely if we follow Jack’s unfounded advice to forget about strategic voting. A big NDP caucus in a Harper majority government would be a monumental waste of opportunity.

Yes, most of the races in Quebec and in BC and Atlantic Canada that show the NDP as more competitive than it was at the start of the campaign are straight-up contests between two front-runners with no reason to fear that vote-splitting would unnecessarily elect a Conservative.

But there are also about 45 key ridings where informed grassroots voter cooperation is needed to break the Conservative hold on the country.

As I write this, one poll is indicating the Conservative will win only 133 seats another goes as high as 162 (155 is a majority) for the Conservatives even though it projects 86 seats for the NDP. The strategic vote, from the point of view of defeating the Conservatives, does not favour the NDP, the Liberals or the Bloc or Greens. It varies on a riding-by-riding basis, and until the last election and this one, the only way to figure out what to do was to follow the spin.

But we live in the digital age, and it has empowered citizens to offer up new tools to each other. We now have a comprehensive source of independent information on every riding in both official languages, projectdemocracy.ca, of which I am a co-founder. (It isn’t connected to NOW at all.)

That puts me deep in the trenches of the various polling scenarios that are unfolding, and they are volatile. I can say for sure that in the next few days, it will be very important to stay in touch with how the polls roll. (Projectdemocracy.ca makes that easy and even fun.)

Basically, though, the big, determining uncertainties are confined to relatively few ridings. In most cases, choosing the candidate you like best is perfect. Even among the key ridings, most of the strategic picks are also quite clear and obvious. For the really hard-to-call ridings, we at projectdemocracy.ca are commissioning and seeking out local polls to provide the best intel. Those should start coming in on Friday.

For us in Ontario, the scenario is quite different than in Quebec. There’s not the same orange surge here. The NDP and Liberals are both holding their own (within margins of error), so many downtown Toronto incumbents will likely be re-elected. There is no chance of a Conservative win in the downtown races, so an NDP vote is great anywhere. The likeiest place to add to the orange seat count in Toronto is Parkdale-High Park, where Peggy Nash has a good chance over Gerard Kennedy.

After that, the best hopes for the NDP to score from rising support are in Beaches-East York, where NDPer Matthew Kellway could prevail over Maria Minna, and Davenport, where it’s Andrew Cash against Mario Silva.

But if we Ontario progressives want to help our brethren in Quebec swing the country toward a new progressive government, we will actually vote Liberal in the four GTA ridings the Conservatives have been pushing hard to win.

If you are an NDPer or Green, swap your vote at pairvote.ca and keep the Cons at bay by voting for Liberal Joe Volpe in Eglinton-Lawrence, Rob Oliphant in Don Valley West, Ken Dryden in York Centre, and vote for Liberal Karen Mock in Thornhill to defeat the worst Environment minister the country has ever had (and that’s saying a lot), Peter Kent.

Quebeckers have opened the possibility of sweeping change. To do that, they seem to have gone past old nationalist certainties to embrace a federal party in a completely new way. The least we can do in the rest of Canada is follow their example. Let’s take off our own ideological blinders and embrace cooperation to create the Canada we communally envision.