L.A.-based eatery does deep-fried everything – as long as it's vegan 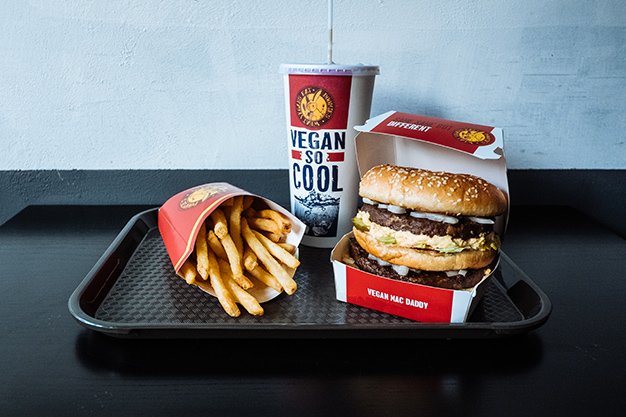 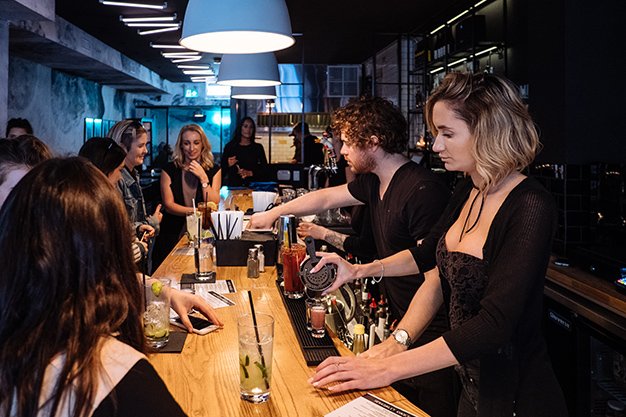 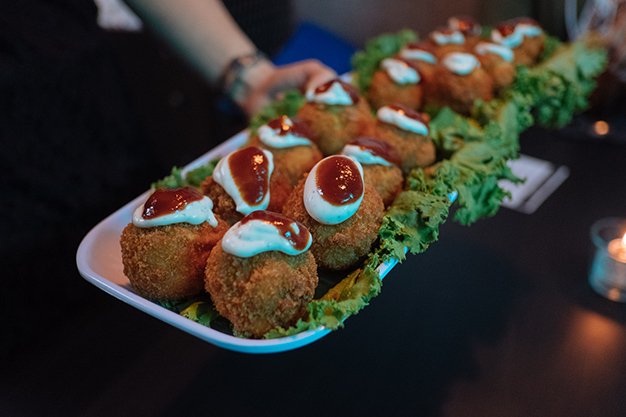 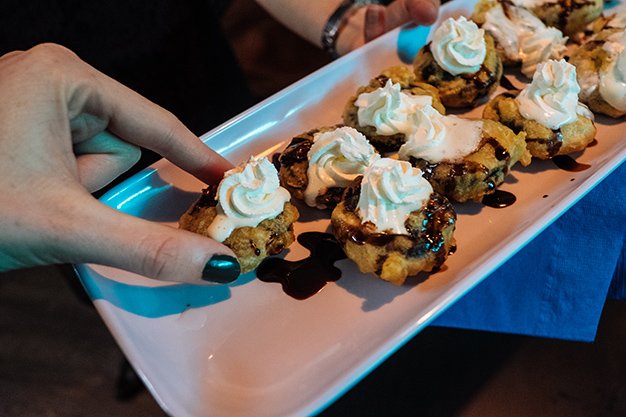 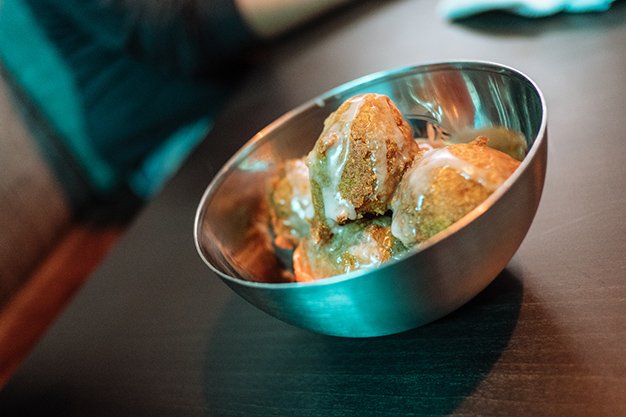 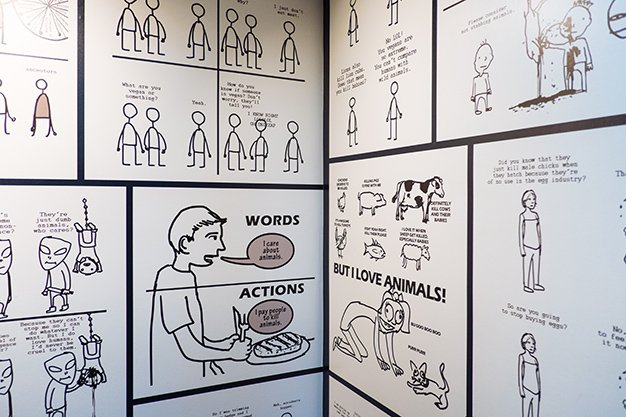 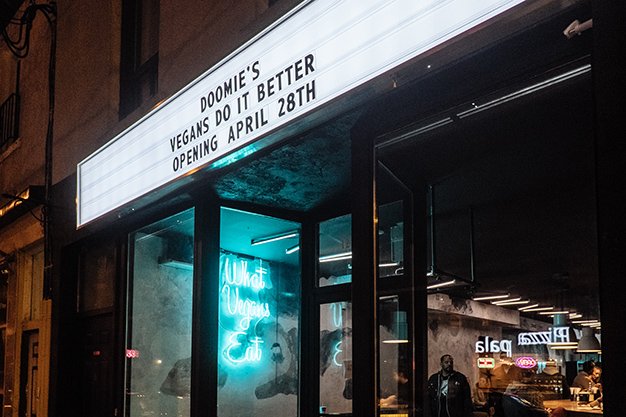 Ain’t nobody said vegan eating had to be healthy. Hogtown Vegan, Porter House, Through Being Cool and Apiecalypse Now have all been proving that in Toronto for the past few years, but none of them quite blend the usual meatless proteins and smears of faux cheese with nightlife-ready appeal and Epic Meal Time-level sass quite like Doomie’s (1263 Queen West, at Elm Grove, doomiestoronto.com).

Long a favourite among L.A. vegans, the cafe took over the space left vacant by Small Town Food Co., announcing its pending arrival earlier in the spring with a cryptic “What Vegans Eat” sign up on their marquee.

So what do vegans eat? As it turns out, anything that a) contains no animal by-products and b) is hella deep-fried. Along with the vegan Big Mac heard round the world, they’ve got all your favourite comfort-food mainstays and carnival stunt eats on the menu. At a recent launch event, I munched on some killer fried mac and cheese balls (hot, melty, bready – what more do you want?) and equally awesome buffalo “chicken” tenders with vegan ranch.

There’s chicken and waffles, PB and fake bacon sandwiches, nachos, tacos and a whole menu of fries (Philly cheesesteak, nacho-style, buffalo-ranch, garlic, In-N-Out-style animal fries). Finish things off with the deep-fried Oreos, which are surprisingly a lot lighter than you’d think – and, even more surprisingly, 100 per cent vegan!

They’ve also got a few nods to their new Canadian digs: “Doom Bits” (actually pumpkin-flavoured vegan donut holes, served in a skillet with vanilla ice cream) and a vegan Caesar, which was great, though you can really just call it a Bloody Mary, guys.

All that’s served up in an irreverent, party-ready atmosphere that way outpaces the spartan original cafe in L.A.: neon signs, industrial-chic decor, and a “selfie room” papered with comics from cartoonist Vegan Sidekick. I would have taken one, but I eat so many animal products on this job I would have spontaneously burst into flames if I’d tried.