Douglas Coupland is about to be everywhere

Vancouver artist's residency kicks off with shows at at the ROM, MOCCA, Daniel Faria Gallery and Holt Renfrew 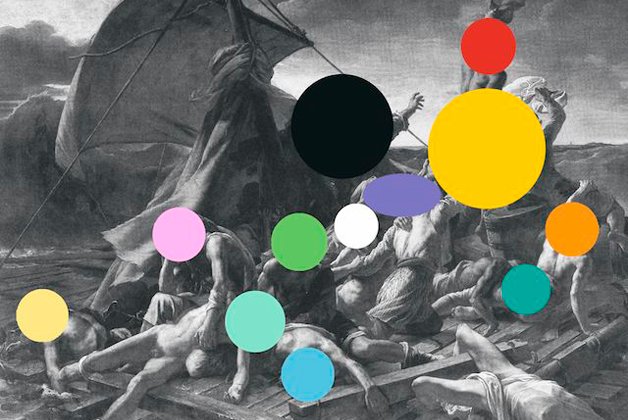 Douglas Coupland is about to be everywhere in Toronto. Actually, he’s already here.

Before his Toronto residency begins with the opening of his first major retrospective everywhere is anywhere is anything is everything at the Royal Ontario Museum and the Museum of Contemporary Canadian Art on January 31, there are several opportunities to see the Canadian provocateur’s work in some alternative places.

The incredibly prolific sculptor, visual artist, writer, satirist, and designer (whose breadth of output will make you feel lazy just for sitting there reading this) has a solo show of new work titled Our Modern World mounting at Daniel Faria Gallery. Opening on Thursday, January 22, Coupland’s latest builds upon his familiar themes of cultural technology, digital age disposability and the inevitable absorption of these elements into our daily lives.

Featured among three bodies of new work is the pertinent Deep Face, a portrait series inspired by a recent Facebook initiative that allows the company to identify every face posted to the website using facial recognition algorithms. Coupland paints a colourful digital camouflage over the high resolution images of his subjects, providing them with the anonymity that is increasingly absent in cyberspace.

Additionally, Holt Renfrew Men hosts Coupland’s Gumhead, which passersby are encouraged to stick their chewed gum to, in a promotional partnership with the ROM. On loan from the Vancouver Art Gallery, the giant sculpture is on display from now until March 9. Specially designed window displays have also been unveiled across Holt Renfrew locations and feature selections from Coupland’s Slogans for the 21st century, a collection of short, timely musings such as, “Pluto was my favourite planet,” and “I miss my pre-internet brain.”