Parc Downsview Park will be seeing. 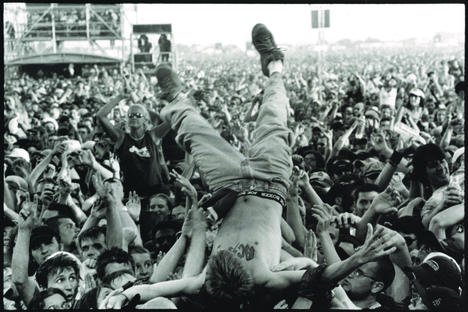 Parc Downsview Park will be seeing a lot more action this year thanks to Elliott Lefko, the veteran Toronto rock promoter who’s now a VP at Los Angeles-based Goldenvoice, the group behind the Coachella Valley Music & Arts Festival.

So far, Goldenvoice has announced two big Toronto shows: a June 19 Foster the People/Tokyo Police Club gig that launches a picturesque summer venue within Downsview Park called the Meadow, and Edgefest, the long-running alt extravaganza that takes place a month later in the park’s newly renovated and expanded main space. He says more gigs at concert theatres and clubs will be announced in the months ahead.

“I definitely intend to use my frequent flyer miles to come to Toronto more often,” says Lefko. “Downsview Park is a place where I can really explore my ideas over the next few years.”

Lately, Edgefest has suffered a crisis of relevancy, but he’s revitalizing it by booking more timely acts like Silversun Pickups, Billy Talent, Death from Above 1979 and the Sheepdogs.

“They’re all gonna have new records out next spring,” he says. “I’m looking to have radio play a lot of the new material.”

So, does he have any plans to launch a big outdoor festival in Toronto à la Coachella? “Not at this time,” he says. “Perhaps in the future. I just need to get better at what I do right now and continue to build on festivals [like Edgefest] before I start taking on something on a multi-day basis.”