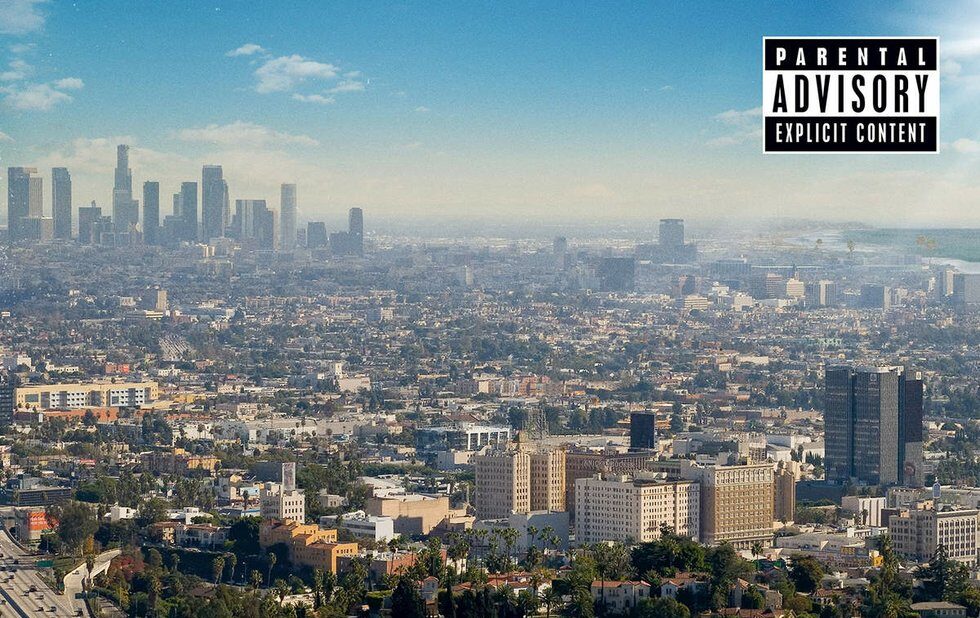 As a member of seminal gangsta rap group N.W.A., Dr. Dre helped shape the sound of West Coast hip-hop in the 80s and 90s. Under corporate pressure to play the part of hyper-masculine gangster, there is a sense he was, for better or worse, beholden to and limited by that image. As his protege Kendrick Lamar put it in a 2012 interview with NOW, “I don’t think Dre got to tell his story the way he wanted to tell it… When you think of gangsta rap from the West Coast, you don’t think of vulnerability.”

And so Dre’s first solo album in 16 years not only arrives as N.W.A. gets the Hollywood biopic treatment in Straight Outta Compton, but also in the wake of Lamar’s having refocused the lens through which many view the southern Los Angeles city thanks to his To Pimp A Butterfly and Good Kid, m.A.A.d City albums.

Dre’s voice is gruff and tough but has a slightly weary cadence amplified by the deepest, most expansive bass sounds in hip-hop. Impressively layered, widescreen productions – especially cuts by DJ Premier, DJ Dahi and Dem Jointz – are the album’s most satisfying aspect. Dr. Dre landed his deal with Interscope because he had the best sound, but beyond quality, it’s his ear for unexpected detail that contributes to the broader idea that Compton is not just a city but an emblem of the American Dream’s failings.

On standout track Genocide, for example, the voice of usually dexterous R&B singer Ambrosius has a flat, androgynous, menacing quality that’s as integral to the song as Lamar’s withering, intricate verse.

The album largely finds Dre taking stock of his life and career – how his work ethic and cut-throat attitude propelled him out of poverty and sustained him. There’s a dogged focus on climbing the corporate ladder, and the weight of the past is ever-present.

Despite the lingering feeling that Dre’s machismo is a screen – this is Dr. Dre after all – Compton is easily his most introspective album. It’s All On Me, the most expressly personal moment, delves into the burdens of success over a distant but persistent guitar loop that beautifully evokes late 70s Bobby Womack melancholy.

Elsewhere, we get his signature posturing on Medicine Man in the form of a put-down of rappers who wear tight pants (don’t worry, insanely tight tops are totally not a sign of insecurity) and a typically trolling guest verse from Eminem.

As a rapper, Dre’s more direct than poetic, but one of his greatest strengths is his ability to allow others to do their thing and do it well, which is where collaborators like Ambrosius and Lamar (who each appear on three tracks) come in.

Other songs offer searing, harrowing portrayals of gang violence (Genocide), police brutality (Deep Water) and violence against women (Loose Cannons). An emotional numbness runs through each, which Dre alludes to overcoming on Darkside/Gone when he asserts that he has zero time for people who blame their failings on systemic societal problems. (“Don’t ever call me fortunate / You don’t know what it cost me.”)

The same idea is expressed in more blandly corporate (and expository) terms in a speech about recognizing and conquering fear, delivered by former Interscope exec Jimmy Iovine in the intro to All In A Day’s Work.

And so, the cut-throat attitude moves from the streets to the boardroom, and two seemingly disparate worlds suddenly sound insidiously similar.