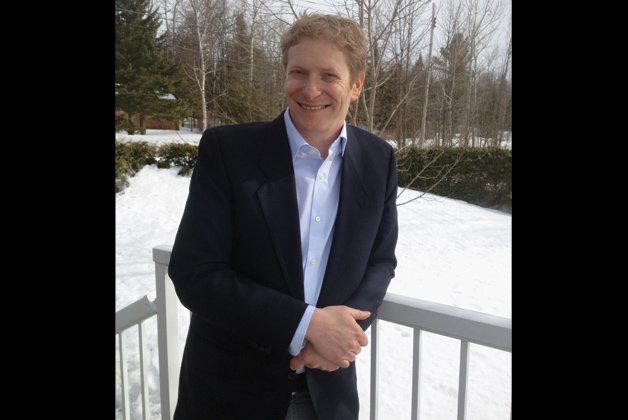 In the same week that one medpot physician was sitting through the preliminary hearing for his criminal trial on fraud charges in Belleville, Ontario, another announced he’d be opening a specialty medical marijuana clinic in north Toronto.

But after working as a research assistant for world-renowned McGill medpot expert Mark Ware, the Ontario physician was hooked on the healing properties of the plant everyone has an opinion about.

Schecter will open the Cannabinoid Medical Clinic at Yonge and Eglinton in June. Meanwhile, Robert Kamermans, who gained notoriety among medpot refugees because he prescribed marijuana when other doctors wouldn’t, may face jail time for what the OPP say are multiple counts of fraud, forgery and money laundering. Over the course of a year, the doctor signed 4,000 forms enabling patients to consume or grow medical marijuana.

After continued criticism of the Medical Marihuana Access Regulations, new rules under the Marihuana For Medical Purposes Regulations take effect this month. Health Canada is handing production over to large licensed growers instead of individuals for the plant that thousands of Canadians claim improves their quality of life by decreasing symptoms of diseases like arthritis and muscular sclerosis.

The Canadian Medical Association still advises doctors not to prescribe marijuana – and in no uncertain terms. When asked why, I was referred to this statement issued by CMA president Louis Hugo Francescutti following the February meeting of the CMA board:

“The new regulations do not address physicians’ long-standing concerns,” the statement quotes Francescutti. “Asking physicians to prescribe a substance that has not been clinically tested runs contrary to our training and ethics.”

But Schecter says there is scientific evidence that marijuana is medically beneficial. That evidence is not as robust as the CMA might like, he says, but the research is available and in many cases shows that patient outcomes are positive.

“We don’t consider marijuana a first-line treatment,” Schecter says. “This [plant] is important for patients who don’t have any relief.”

Schecter understands why there is concern among family doctors, and hopes his follow-up reporting will help them understand how medpot is used and how to determine dosages.

Schecter’s commitment to conduct research and educate others could eventually help normalize the experience for patients.

Unlike conventional prescribed pain medications, marijuana is a plant, and determining its usage and dosage is still a grey area.

Through his clinic, Schecter says he’ll be working on population studies, looking at different marijuana strains and refining medical dosages.

In the past, the daily allowance for patients under Canada’s medpot rules has been generous – upwards of 100 grams. Under the new rules, Schecter will be limited to prescribing 1 to 3 grams a day.

The clinic will also be studying cannabidiol, or CBD, one of 60 active, naturally occurring ingredients in marijuana that have more medical uses than tetrahydrocannabinol (THC), the psychoactive ingredient that gets you high.

CBD has demonstrated anti-seizure and pain management properties and seems to have neuro-protective qualities – meaning it reduces the rate of neuron loss over time. A 2012 Israeli study also showed promising outcomes when CBD was used to treat rheumatoid arthritis, colitis, liver inflammation, heart disease and diabetes.

Understanding how CBD works is critical for both physicians and licensed medpot producers, who could breed strains that contain more CBD.

Indica strains of marijuana may have a CBD-to-THC ratio three to five times that of sativa strains. This is the kind of info medical specialists need to help patients looking for relief of debilitating symptoms.

“We will be practising the best medicine possible,” says Schecter.