NOW MagazineNewsDrawing a Line 9 in the sand

Drawing a Line 9 in the sand 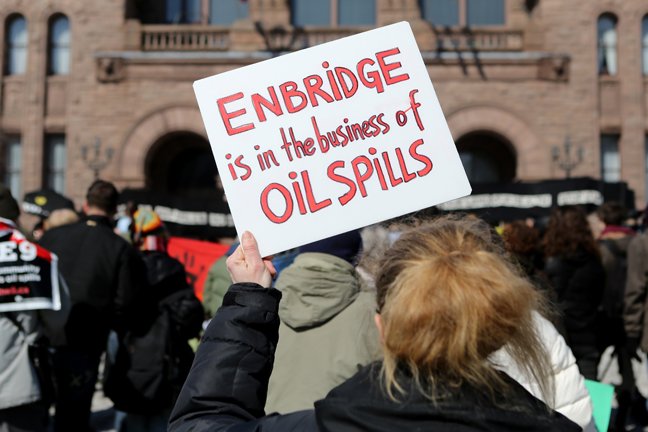 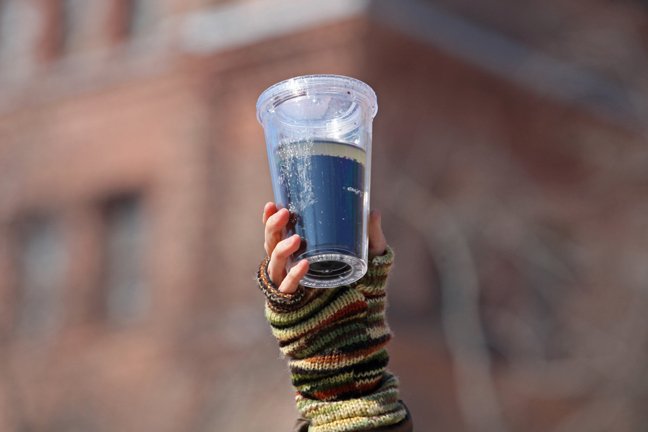 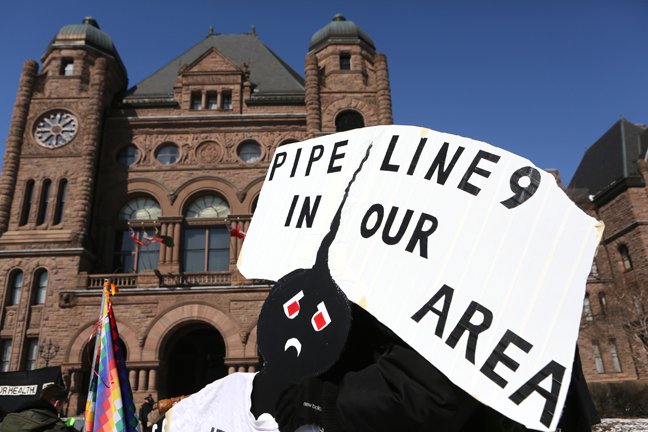 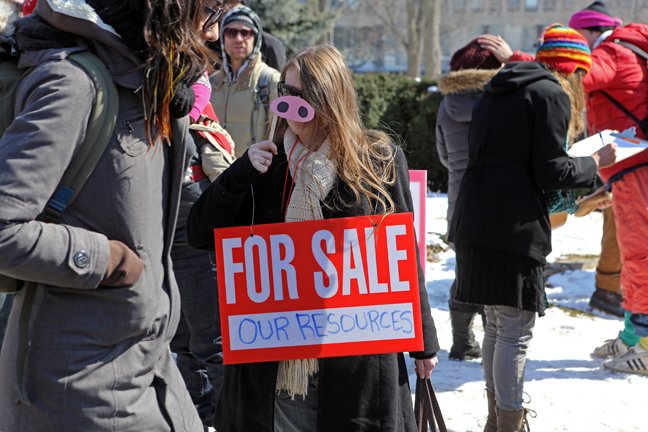 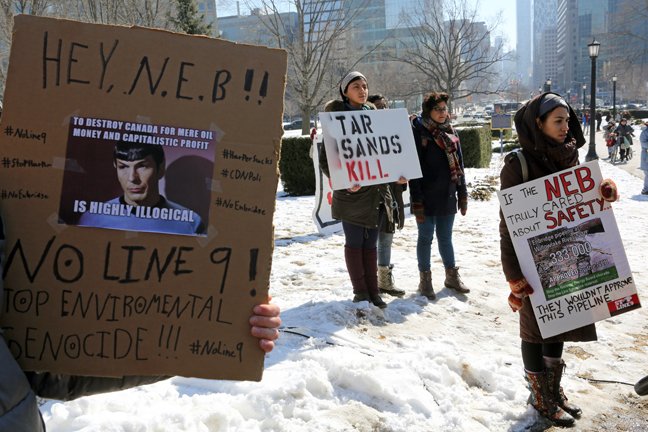 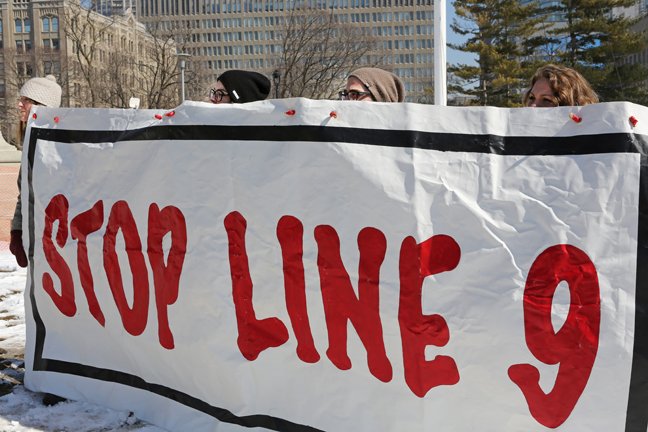 Reaction was pointed and swift to the National Energy Board’s decision late Thursday to allow Enbridge to ship tar sands crude through its Line 9 pipeline.

On Friday, protestors gathered on the lawn outside Queen’s Park to draw their own line in the sand against the plan. Some among them called for acts of civil disobedience to block the construction work that will be required to retrofit the existing line so that its flow can be reversed to start shipping crude from Alberta to refineries in Quebec.

The NEB’s decision gives Enbridge approval to ship 300,000 barrels a day of heavy crude that environmentalists warn is more corrosive than standard oil and that the nearly four decades old pipeline is not equipped to handle.

Meanwhile, at a press conference in the media studio at Queen’s Park, activists, environmentalists and First Nations representatives condemned the NEB’s decision for failing to take into account the health and safety concerns of people living along the line, which stretches from Sarnia to Montreal and through Toronto roughly along the Finch corridor in the north end of the city.

What follows is a sampling of what they had to say.

Musician and activist Sarah Harmer called on the provincial government to order a full environmental assessment of the NEB’s decision.

Vanessa Gray of the Aamjiwnaang First Nation near Sarnia warned that Enbridge should expect resistance from First Nations.

“We have the right to stand up for our land. We will ensure that this [project] will not happen.”

Reverend Andrea Budgey, an Anglican priest who lives near Line 9 in Toronto, said that it’s time for Canadians to look past our dependence on fossil fuels.

“There is a moral imperative for us all to engage with these issues in a far more sophisticated and comprehensive way than the NEB process has done, moving beyond questions of industrial speed and convenience to take into account not only the very serious, immediate issues of community health and safety, but also the absolutely ruinous danger which tar sands extraction poses to the health of the planet as a whole.”

Marilyn Eriksen, Ward 24 resident of Toronto who lives near Line 9, said taxpayers could be stuck with clean up costs, devalued properties and contaminated drinking water in the event of an accident or spill.

“Costs [of a clean-up] could escalate to multi-billion-dollar damages, and Enbridge has stated it is insured for comprehensive and liability insurance of only $685 million.”

Lyn Adamson of Voice of Women said Canada needs a different kind of National Energy Board, one that looks at the energy future of Canada as a whole, and is not just tasked the approval of oil and gas projects.

“The National Energy Board didn’t allow us look at upstream costs or downstream costs. Just the local costs if there might be a spill with the pipeline. The insurance costs of the flood in Toronto, of the one in Calgary – the costs that are coming from climate change-related weather catastrophes – those are extreme problems and we have to deal with them. They’re not being costed in. Unless we change to a renewable energy future those costs are just going to continue to rise.”