Revenge Of The Dreamers (independent) 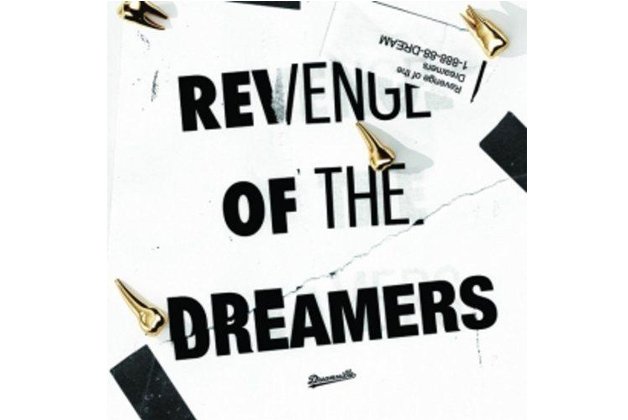 Happy champagne birthday, J. Cole. On the 29th of January, the New York via North Carolina rapper rang in his 29th bday with a big announcement: the birth of his label, Dreamville (a new Interscope subsidiary), which shares a name with Cole’s crew. And to celebrate? A new mixtape from the quartet (Cole and fellow emcees Bas, Omen and KQuick).

Like anyone trying to make a good first impression, the guys don’t come on too strong. Solid rhymes over chilled-out production pique interest without overwhelming with awe.

Bas has the most natural flow (Golden Goals) Omen has a knack for dead-honest, introspective storytelling (Motion Picture) while Bas, Cole and KQuick all shine on Lit – an irresistible if rambling joint effort recalling A$AP Rocky’s song of the same name while using Miguel’s sexy-as-fuck Do You hook to great effect.

The only dud is Cole’s Bitchez, an infantile track (especially from someone who’s proven capable of writing from a woman’s perspective), though Omen does do a fine 2 Chainz impression on his guest verse.