The highly-publicized conviction of Marco Muzzo in the deaths of the Neville-Lake children and their grandfather has been galvanizing, but statistics suggest a deeper culture of dangerous driving in York Region 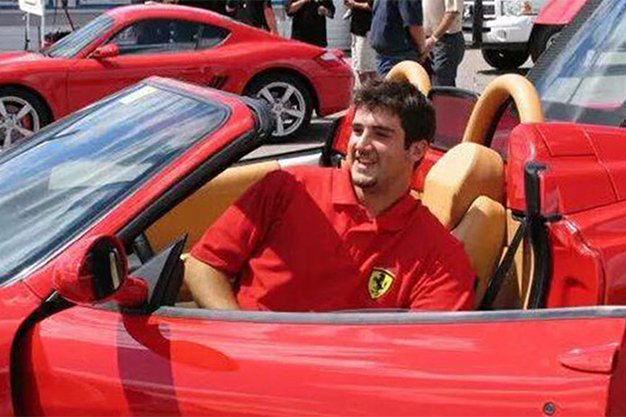 Marco Muzzo pleaded guilty last week to four counts of impaired driving causing death and two charges of dangerous operation of a motor vehicle, opting not to drag out a process where emotions are already running high. He was sentenced on March 29 to 10 years, for an incident that claimed the Neville-Lake family’s three children along with their grandfather, making his penalty one of the stiffest handed out for drunk driving in Canada. Court also heard Muzzo had 10 prior convictions for speeding.

Yet, as critics of the sentence have pointed out, Muzzo will be eligible for parole in three years.

The tragedy has been galvanizing, in part because Muzzo is the grand son of the late construction magnate and developer of the same name.

When I first heard about the collision, my immediate reaction was a cynical, “Of course.” When it comes to dangerous driving, York Region has a serious problem.

Police in the suburban enclave north of Toronto handed out 247 dangerous driving tickets in 2014, compared to the 161 handed out by police in Toronto. That’s 22.03 offenses for every 100,000 people, the most in the GTA. Twelve of those incidents resulted in death, once again the highest figure in the GTA per capita. Of the more than 8,300 collisions reported in York Region in 2014, more than 38 per cent were related to aggressive driving.

On October 24, just under a month after the Muzzo incident, a vehicle rollover at Teston Road and Pine Valley Drive in Vaughan, claimed the lives of two teenage passengers, Tatiana Sousa, 15, and Joshua Ferreira, 16. The driver, a 17-year-old, has been charged with five counts of dangerous driving.

According to a traffic safety report, many collisions in York Region occur at the highly-populated intersections of Weston Road and Highway 7 as well as Weston Road and Rutherford, near Wonderland.

There, across the street from the amusement park, sits a favourite hangout for locals, a plaza parking lot housing a Tim Hortons and Wendy’s. On any given Sunday during the summer young men, women and teens can be seen in the corners of the lot, some sitting in lawn chairs, while others take turns stunting and making their tires squeal in their coupes or SUVs.

A York Region employee I spoke with who works in community and health services, says driving behaviour in Vaughan had become a prevalent subject of discussion even before the Neville-Lake tragedy. There are particular concerns, this source says, over the use of drugs among well-to-do teens and young adults who have easy access to vehicles.

Zabi Akbari, the Vaughan resident who arrived on the scene shortly after the crash that claimed the Neville-Lake children, says he recognizes a culture of dangerous driving in Vaughan that includes speeding, street racing and stunt driving.

“When the teenagers get together with their souped up cars, you know exactly what’s going to happen,” says Akbari.

In 2014, VICE Magazine called Vaughan “one of the street racing capitals of Canada.”

A couple Vaughan street racers I met with, who spoke on the condition of anonymity, describe the long stretches of farm roads in Vaughan as ideal for late night meets, though they are careful to clarify that they also venture to Brampton and other areas for races.

One of the tatted-up street racers, we’ll call him Alvin, mentions that these meets often begin at a parking lot near the Canadian Tire at Weston and Highway 7, where everyone hangs out and looks out for that one car that circles the lot to then follow to the secret location where races will be held.

When I ask Alvin about who attend these races, he responds: “You mean the rich kids who drive their parents beemers? Yeah.”

Stefania Lamacchia, a lifelong Vaughan resident and local blogger, warns against using too broad a brush to try and understand the recent tragedies.

“It really isn’t that hard to see a younger demographic of people riding around in expensive cars or souped up Civics,” says Lamacchia, “but I don’t think a particular car or lifestyle dictates how an individual operates a vehicle.”

While she has witnessed her fair share of aggressive behaviour on the road, Lamacchia says she is far more comfortable driving in the suburbs over Toronto, where cyclists, pedestrians and other motorists crowding the road can induce a different kind of anxiety.

“To drive in a congested city like Toronto you need to be an aggressive driver by nature,” offers Lamacchia, who wonders how city drivers would behave in Vaughan’s wide-open stretches.