Pop ballads come to the foreground on band's third album 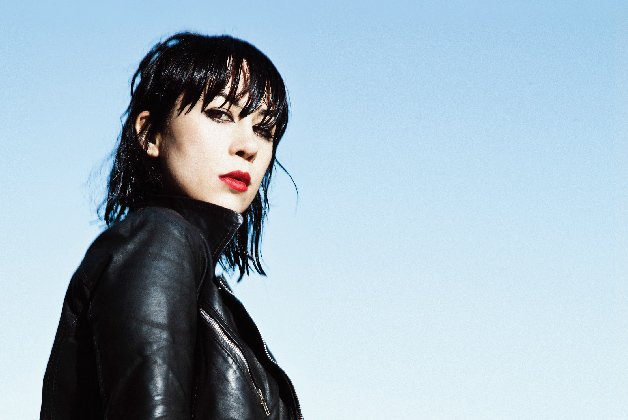 Dum Dum Girls leader Dee Dee Penny is one of the most reliable sources of plaintive pop ballads these days.

The singer/songwriter started out making jaunty garage rock, but on the group’s third album, Too True (Sub Pop), she channels her unassumingly powerful pipes in ever more ethereal directions.

“I have a handful of people who are my ballad people, including the person who signed me to Sub Pop. He’s waiting for what I suppose will be my next record, which may be all ballads,” Penny, aka Kristin Welchez, explains over the phone from New York. “Those are probably the songs that are most special to me because they are most emotionally evocative and maybe the most easily understood as personal.”

Although Too True’s ballads are carried along by slick, layered production, Penny still writes and demos alone in her room like she did when they formed six years ago. At the time, she was burnt out from previous bands that required too much artistic compromise. Dum Dum Girls gave her a way to hone her guitar chops and write and record without worrying what anyone else thought.

The recording of Too True followed an all-consuming period of emotional turmoil – including surgery to remove nodules from her vocal cords – that she had also poured into the 2012 EP End Of Daze. Intent on moving forward, she knocked out fun and frisky love songs like Rimbaud Eyes and Cult Of Love.

However, introspective emotions wormed their way back in, sometimes unexpectedly. For example, she originally wrote the ballad Are You Okay? thinking she would give it to rock icon Ronnie Spector.

“I ended up writing in a way I might not have done if I had anticipated singing it myself,” she explains. “When I finished, I shared it with my producer and told him I had Ronnie Spector in mind for it. He was, like, ‘No way. You have to keep that for yourself.’ I was like, ‘Oh, okay. Now I have to sing it.'”

Working with producer Richard Gottehrer (My Boyfriend’s Back, I Want Candy) and the Raveonettes’ Sune Rose Wagner, she aimed to fill her music with more tension and movement. Most songs ended up being mid-tempo, with a third guitar adding fast, arpeggiated textural riffs that evoke the dark, lushly produced guitar pop of the 80s.

It’s the kind of sound another band could have spun in more epic directions, but Penny kept things concise. Too True might sound 80s, but its half-hour running time is more typical of her punchy, 60s garage-pop influences.

“He definitely pushes me in certain pop directions that I might not normally go in on my own, none of which I’m uncomfortable with,” she says of Gottehrer, whose modus operandi as a producer is to create songs that transcend generations.

Although Penny insists she is not interested in scoring radio hits, she shares his desire to communicate on a grand scale.

Did your vocal cord issues impact the album?

Do you need a certain level of drama in your life for songwriting inspiration?