Is Dupont the next Ossington?

Five art galleries move from Dundas and Queen West to the Dupont Strip, a neighbourhood already in flux 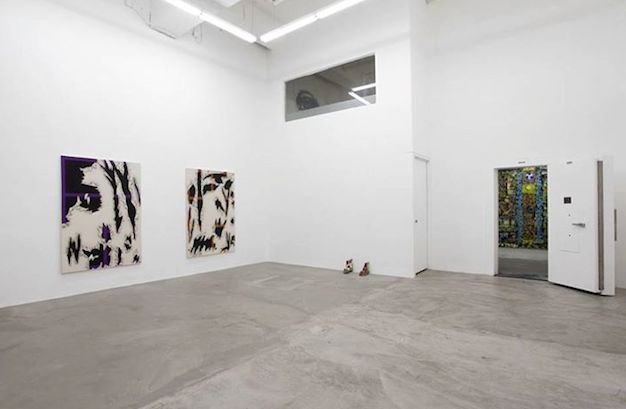 Toronto’s Davenport-Dupont corridor was once part of a trade route between aboriginal villages. Later, early settlers used it to deliver farm goods to the developing townships. By the 20th century, it was one of Toronto’s primary manufacturing zones. Dupont boasted the T-Model Ford factory and showroom Mono Lino Typesetting was the largest of its kind in the country the Toronto Evening Telegram, along with a slew of other warehouses, mills, and manufacturers dotted Dupont, between Davenport and the Junction Triangle.

Italians, Poles, Hungarians, Macedonians and Portuguse settled in the neighbourhood in the ‘50s, searching for brighter futures. But pollution in the 70s and 80s led to zoning restrictions and deindustrialization: factories closed, and many immigrants, having found a modicum of success, left for the suburbs. The neighbourhood has remained predominantly Portuguese, with a high proportion of mechanic shops in the area. In the late 1990s to 2000s, artists filtered into affordable reclaimed industrial units.

This summer, a curious migratory pattern emerged, decentralizing downtown’s west-end gallery scene and signalling future development in the area. Five prominent contemporary art galleries, without consulting one another, announced that they were deserting Dundas and Queen Street West for new homes on Dupont. Angell Gallery, Cooper Cole, Erin Stump Projects, Neubacher Shor Contemporary, and P|M Gallery – took up shop between Gladstone and Perth, joining the likes of other downtown transplants that had moved north in recent years, such as Clint Roenisch, TPW and the recently closed (but preeminent) Jessica Bradley gallery. Today (September 26), the Canadian Art Foundation hosts a tour of the neighbourhood from 3:30 to 5:45 pm.

We spoke to five gallerists forging the northward trail, to hear their thoughts on Dupont’s boom and the impact it will have on Toronto’s art community.

The first to jump ship this past June, Cooper Cole is at Dupont and Gladstone in an industrial storefront. Built as a credit union, the space has also been an insurance office, city councillor’s office and a silkscreen studio. Boasting high ceilings and multi-level floors, the pièce de  résistance is the walk-in vault.

“I really hope everyone is happy about moving up here,” Cole says, peeling vinyl lettering off the large front window. “I feel there needs to be a resurgence in contemporary art in this city, especially emerging contemporary art. When you have arguably one of the most established, successful dealers in the city closing their doors [Jessica Bradley], that’s saying something, whether you want it to or not.”

With 22-foot-high walls, minimalist walnut accents, exposed commercial ceilings, an elegant second floor office and front door parking, Angell has mastered his VIP game. The gallerist points out another benefit of his new location, which opened September 11: client accessibility. “Dupont is a great street,” he says, “And I’ve discussed this with people for years. For clients coming from Forest Hill and Rosedale, Dupont is perfect. It’s a nice midway point, easily accessible.”

Angell purchased his space, an industrial unit in a tidy warehouse complex. When asked if he’d heard rumours of other galleries moving northbound, he replied, “I know some galleries have their lease coming up… and why would they not come up here? It makes sense for them.”

Current: Napoleon Brousseau: In the Black, Bradley Wood: Armchair Tableaux, on until October 10, 2015. 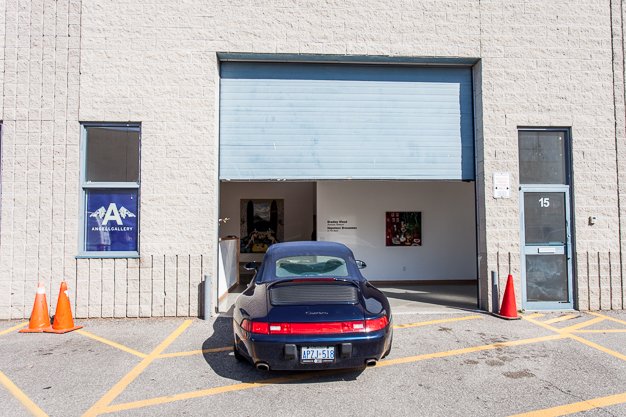 The most traditional of the set, Stump’s storefront gallery is considerably larger than her old space, with charming iron grid widows, long rear walls and painted hardwood. It’s also situated on a strip just west of Symington with a lot of vacant commercial properties. Likely, it’s poised to become the trendsetting epicenter.

“I think there is so much opportunity with all the cool storefronts available, the same way that Dundas was,” Stump says. “This was considered a bit of a dead zone, so there weren’t very many businesses. But since I’ve been here, there’s already a new Wallace Espresso down the street and a few little restaurants.” She pauses to add, “When people write off neighbourhoods like Rogers and Weston, I’m like ‘Oh no just wait’. It’s inevitable. It all shifts so quickly.” 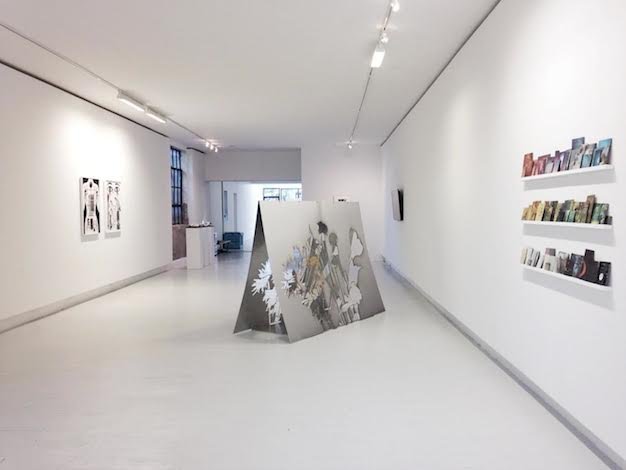 NSC partners Neubacher and Shor found a unique brick warehouse on Emerson, just north of Dupont. Across from a Shell Station, next to an alleyway, and at the end of a dead end street, there is something undeniably hip, gritty and enigmatic about the locale. Neubacher reveals the space was “a lot of different things,” including a motorcycle shop and a grow-op. “They left the lights,” he says pointing to the ceiling, “We’re going to do a little nod to that at the opening.” But the interior tells a different story: a sleek and precise design eye.

“It’s always the artists and the gallerists that seem to find those places with the cool buildings,” he continues. “We start something neat here, and then all of a sudden the people are like, ‘Wow I like going to that part of town, that part of town is great’, and it shifts the way people perceive it.”

Current: Clandestine Chemistry, with works by Dean Drever , Brad Tinmouth, Tough Guy Mountain and Consortium of Thieves, on until October 17, 2015. 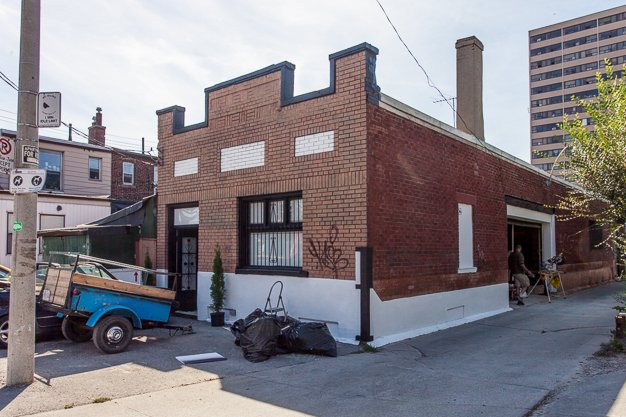 MacDougall’s p|m Gallery is embarking on more than just one major move – she’s expanding her business to New York. But moving the gallery into this established and recently renovated arts hub – also known as 300 Campbell – was a focused decision: “Dundas just flat out got too expensive,” she says, “And I think Dupont is such an up-and-coming neighbourhood.”

Via Skype, Powell elaborates: her fall program is lined up, she has a booth at Art Toronto and looks forward to collaborative projects in the new space. “For me,” she says, “Transitioning between Canada and the U.S., I want to keep some presence in Canada. Being on Dupont makes it very feasible. I’m always looking for innovative places to show good work.”

“I think Dupont is going to be a state of mind, more than a physical place. I think it’s going to create a really, really good energy, and I look forward to contributing to that energy.” 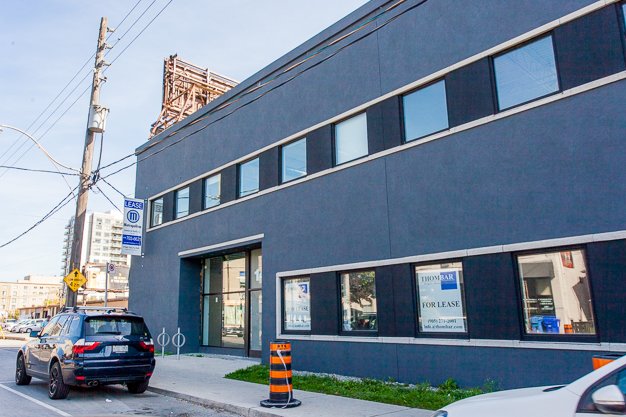 The new home of P|M Gallery

Prepare for more change to come:

Gallerists are pioneering the transition, but the real estate and business sectors are moving in, too. Lease signs and rezoning proposals bookend street blocks. At Lansdowne, a condo development and Metro grocery store is already under construction. At Dufferin, The Galleria Mall and its mammoth parking lot recently sold, with plans for a mixed-use condominium development. Venues such as Geary Lane and S.H.I.B.G.B’s are keeping the Rehearsal Factory on Geary company now, just north of Dupont near Dufferin. Last year, Bellwoods Brewery’s owners announced they were converting an old manufacturing space at Dovercourt into its headquarters, with plans for a restaurant and event space. And The Green Line: a five-kilometre trail (think New York City’s High Line) is also on the table: it would connect nine city parks from St. Clair down to Dupont, all the way across Spadina. 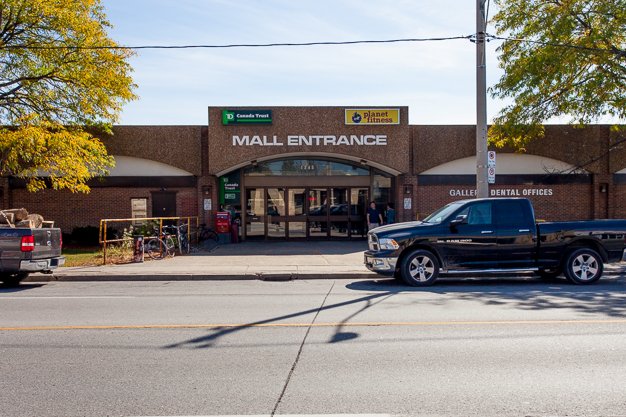 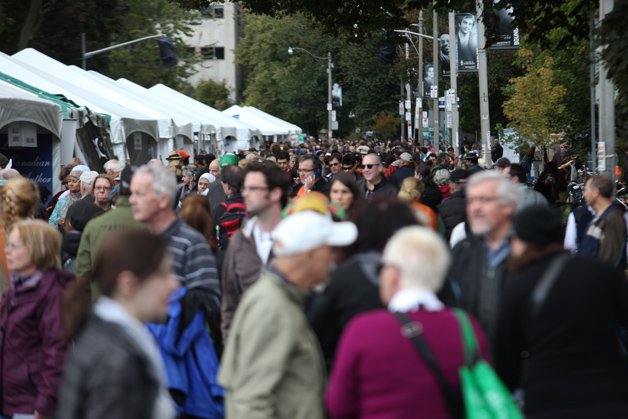 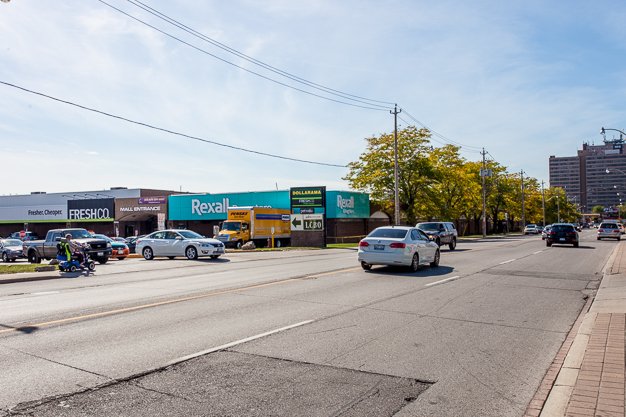