Stars from Sundance-approved Me and Earl and the Dying Girl find the right words to talk about life, death and being young 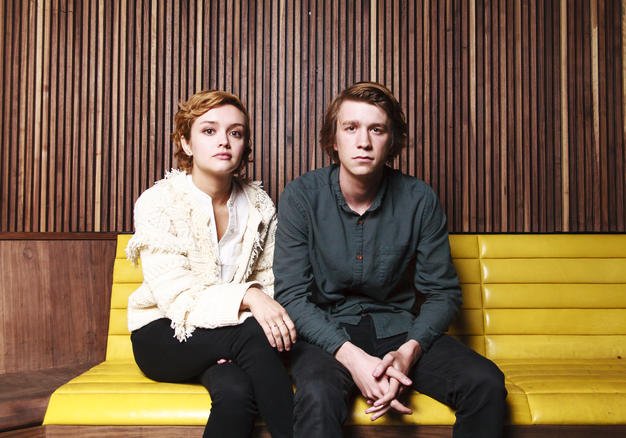 ME AND EARL AND THE DYING GIRL directed by Alfonso Gomez-Rejon, written by Jesse Andrews based on his novel, with Thomas Mann, Olivia Cooke, RJ Cyler and Molly Shannon. A Fox Searchlight release. 105 minutes. Opens Friday (June 12). For venues and times, see Movies.

Thomas Mann and Olivia Cooke are a little chilly. They’re halfway through the Toronto press day for Me And Earl And The Dying Girl, and the transition from the hot lights of TV interviews to a cold interview space in the basement of the Thompson Hotel has come as a bit of a shock.

Once they get rolling on their characters, though, you’d never know they’d been shivering moments earlier. Acting! Or maybe just passion for a weird project about a self-absorbed young filmmaker (that’d be Mann’s Greg) who reluctantly befriends a classmate (Cooke’s Rachel) after she’s diagnosed with leukemia.

“You never wanna play the cancer,” Cooke says. “You never want to perform as if, you know, she’s got this really debilitating illness and it’s all about [her] physicality. You don’t wanna see her as a victim. She’s not a tragic character she’s the stronger one in their relationship. She’s the grown-up. But, you know, you don’t want to do it a disservice, and you wanna try and be as honest as possible. I didn’t want anything in my performance to jut out or take anyone out of the film.”

Cooke researched the role by going to the children’s ward at UCLA, where she met a young patient.

“She had the same leukemia as Rachel does in the film,” she says. “She’d gone through so many rounds of chemo and it hadn’t worked. She was just about to get a bone marrow transplant, and she was just so still. But she still had her personality – she had reams of One Direction posters, so many pop-culture crushes on everyone, you could tell just by the way her room in the wing was decorated.”

“I consciously didn’t want to be part of that process,” Mann says, “because Greg has no idea about the stages of cancer. So every time I’d get on set, she’d already done that work, and I was just sort of reacting to that and playing off it. It’s really affecting to see a friend like that – and at that point me and Olivia were actually great friends. And I loved the characters – I’d spent enough time with them.”

Rachel’s awful situation forms the basis for an unexpectedly close relationship with Greg – one that feels genuine and deep, even when it’s surrounded by the quirk and artifice of the rest of the picture. The actors credit Jesse Andrews, who adapted his own book for the screen, with making Rachel and Greg real people before they ever got to them.

“The characters are so honest,” says Mann. “I feel like people can latch onto that and trust them. [Their relationship is] weird and it’s uncomfortable and I think that’s where the comedy comes from.”

“You’re fumbling to find the right words to say, and there are no right words to say as a teenager trying to navigate tragic circumstances you’re not equipped to deal with yet,” she says. “You’re never really equipped, but especially when you’re a teenager, when you’ve got everything else going on as well.”

Olivia Cooke on her character:

Cooke on rejecting a bald cap:

Cooke and Thomas Mann on seeing the film at Sundance:

Mann and Cooke on how their characters’ relationship avoids the usual defies teen-movie arc:

Don’t miss our review of Me and Earl and the Dying Girl here.