NOW MagazineArt & BooksBooksDon’t fear the e-reader: how millennials are saving books and the T.O stores that sell them

Don’t fear the e-reader: how millennials are saving books and the T.O stores that sell them

Despite previous gloomy forecasts, sales are up at Type and Another Story and Glad Day's on the move as we head into this year's International Festival of Authors 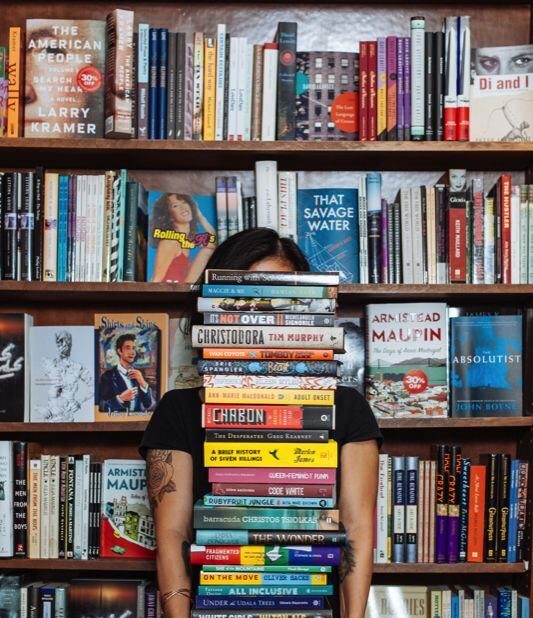 Head into Type Books on Queen West and you’re in for a shock. In defiance of the Amazon juggernaut, the joint is jumpin’ and, even more surprising, it’s filled with millennials. The generation that was supposed to send the physical book to its grave is snapping it up with enthusiasm. On the eve of the International Festival of Authors, when writers from all over the planet hit town, it’s very good news.

“If you go into any bookstore, the growing customer base is people 30 and younger,” says David Sax, author of The Revenge Of Analog, due out next month. “The biggest growth in the marketplace – other than adult colouring books – is kids reading Twilight.”

He argues that, if you’re 18 and everything happens on an Apple device, the physical book is an appealing anomaly. Even the biggest fans of online everything – including millennials – need a break once in a while.

“So much of their life and commerce and work and pleasure is spent on the frikkin’ screen that they need things to do, places to go. It makes no economic sense, and economists are ripping their hair out over it, but still, millennials want to go to the place that sells things in their community. That’s what gives our city its texture.”

Joanne McNeish, a professor in the marketing department at Ryerson University, has been studying millennial reading habits and says they’re not at all committed to the screen. She agrees that they want some offline relief.

“When you’re easily distracted – with notifications or Facebook open – you lose focus. If I’m just trying to get some leisure or down time, I don’t want to be interrupted. The idea of coming away from the online world is getting stronger even for millennials.”

As is their awareness that they absorb information better when they read it on paper, so much so that they are embracing the actual textbook.

“When I want to pay attention to something, then I need to have a physical book,” she says. “When people talk about the touch and feel, that’s lovely. But what they’re really saying is that reading on a screen is only visual, and when we read tactilely, we read with three senses: eyes, touch and a sense of depth.”

Local bookstores are feeling the love. Sales are up at Type and Another Story, for example, and Glad Day Books is so confident in the future that it’s moving to a larger spot on Church next month.

“We might be the only bookstore in Canada that’s expanding,” says Glad Day co-operator Michael Erickson with a laugh. “Our sales have increased about 10 per cent in each of the last three years.”

“This is one of the best years we’ve ever had,” claims James Lindsay of Type. “Some of it has to do with the fact that books have a longer shelf life lately. The Girl On The Train, for example, continues to do well because of the movie version. But books are also becoming a kind of fetish object, like vinyl.”

A lot of the resurgence of indie book stores has to do with their innovative events and their savvy in finding a particular niche market. Glad Day has cornered the queer market and given itself a much wider profile with its in-store events, including the multi-day Proud Voices series during Pride.

For Type, one of its targets is the reader who wants books from small presses that Amazon might not carry or is committed to local authors.

“Books that sell well here often have a strong local presence,” says Lindsay. “When we did Zoe Whittall’s launch, we sold all of our copies. Sure, she’s shortlisted for the Giller Prize, and that drives sales, but whenever we work with local writers we do well.”

At Another Story on Roncesvalles, which keeps a high profile at conferences and conventions, the draw is its progressive book list, especially on gender and races issues.

“Our sales plateaued when we moved here from the Danforth, but sales have been up over the past year, says store owner Sheila Koffman. “I’m very optimistic.”

Also contributing to the resurgence of indie bookstores is the new collective consciousness about shopping local.

“We’re in a neighbourhood where people are in favour of shopping locally,” says Koffman.

And Lindsay adds that coming to Type is a total neighbourhood experience.

“We have the advantage of location. People go to the park in Trinity Bellwoods, come in and then read the book in the park or down at the Dunhill with a beer. And, unlike with Amazon, you don’t have a lag time before the book arrives.”

“The prediction that e-readers and e-books would spell the death of books was greatly exaggerated,” says Sax.

“Photographic film was a 100-year-old technology, vinyl 50 years old when CDs took over. But books go back thousands of years, bound manuscripts over 600 years – there’s something deeper there.”

Digital technology may have come close to decimating the record industry, analog film has almost completely vanished, and piracy and streaming services might scare the shit of the movie studios.

But with millennials still a major market, the latest data suggests e-book sales are flatlining, e-readers are not taking over, and the book, that thing we love to handle, is still a hot commodity. Though e-book sales rose dramatically from 2007 to 2013, now 27 per cent of readers use e-books, while 73 buy the real thing, figures that have remained relatively stable over the past five years.

“The overall percentage of e-book sales has remained stationary,” says Noah Genner, CEO of BookNet, a not-for-profit organization that monitors technology change and performs data analysis for the book industry.

“Consumers are price-sensitive about media and recreational buying. What’s happened is that e-book prices have gone up, and in some cases the cost of a paperback and e-book are the same.

“Publishers have been setting the price of e-books up pretty high to prop up the price of the physical books.”

Geoffrey Taylor, artistic director of the International Festival of Authors, is not surprised by the stability of book sales.

“Well, bookshelves are the best insulation for your house,” he laughs. On a more serious note: “Books on a shelf evoke memories, much the same way framed family photos do. An e-reader’s like a photo album you put away in a drawer.”

In fact, much of the resilience of physical books may have to do with the limitations of the e-reader.

Taylor has one word for it: “Batteries.”

“And it’s a one-trick pony. Your smartphone does everything with your apps, and an e-reader has an upfront cost that’s expensive for a young person on a fixed income. Would you rather have a snappy laptop or an e-book device and a not-so-fancy laptop?”

“Unlike a phone or tablet or camera, the successive generations of e-readers haven’t offered that much in terms of planned obsolescence,” says Sax. “Its features are relatively straightforward. Sure, it’s got a back-light. But it’s pretty damned resilient and it doesn’t come back every year with something new.”

Reading on any electronic device has problems in terms of navigation. Hold a book and you know how much farther you have till the end. A full 40 per cent of those reading a book or an article online do not scroll down to the end of an item.

Not that it’s all over for e-books. They perform strongly with an older demographic that likes the larger font options available. Travellers who can’t get to an English-language bookstore will still want to download e-books. And e-books do very well in genres like sci-fi, Harlequin romance and thrillers. They’re useful for anything that requires an update, like encyclopedias and dictionaries, and are kicking ass when it comes to travel books.

“Dickens doesn’t need an update,” says Taylor. “But if you have the option of buying a physical travel book with pull-out maps or an electronic version you can download with your phone that interacts with the space around you, you’ll choose the electronic option.”

But the romance of the book has huge staying power.

“People like the touch of books, they like the feel, they like to give them as gifts, they want to lend them to friends and to resell them,” says Genner. “You can’t do that with e-books.”

“Even the smell, seriously,” says Koffman.

“Smell? No disrespect, but that’s the mould.”

But will the love affair last?

Physical book lovers and fans of the bricks-and-mortar bookstore should consider these issues before assuming the object of their affection will last forever.

Millennials may not have kissed the physical book goodbye, but we don’t know what’s going to happen with a generation that will have had an electronic device in their hands since they were two years old. At this moment, the largest growth factor is the number of people reading books on their phones. That’s a rise from zero, so the figures are high, but….

Amazon, Kobo and Apple are not sleeping

Sure, indie bookstores are rebounding, but other purveyors, like Amazon, are growing more and more sophisticated in the way they market books. That’s why you see Amazon using a variation on the “If you liked this, you’ll like that” strategy.

Says Robert Wheaton, chief operating officer at Penguin Random House,  who heads up sales and marketing as well as digital strategy, “It’s hard to replicate the discovery experience in a non-physical bookstore environment, but Kobo and Apple are doing interesting things with personal recommendations, taking a more data-minded approach to consumers.”

What goes up can come down

Vinyl was king until the CD eclipsed it. Then it came back big time. Now sales are sinking again.

Libraries are going the e-book route

This means many kids will become accustomed to e-books at a very early age and could embrace them more wholeheartedly than ever.

Don’t miss: the top 10 events at this year’s IFOA.