NOW MagazineNewsEast vs West: The tug of war

East vs West: The tug of war 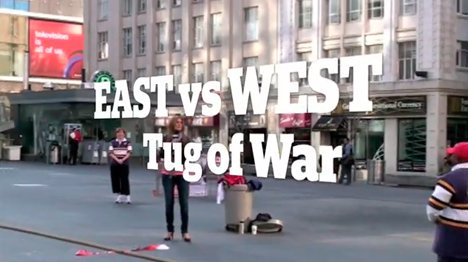 Breakfast Television host Dina Pugliese refereed a tug of war between two police stations – one on the east side and one on the west side of town – to declare a winner in the east versus west debate. Find out who won.