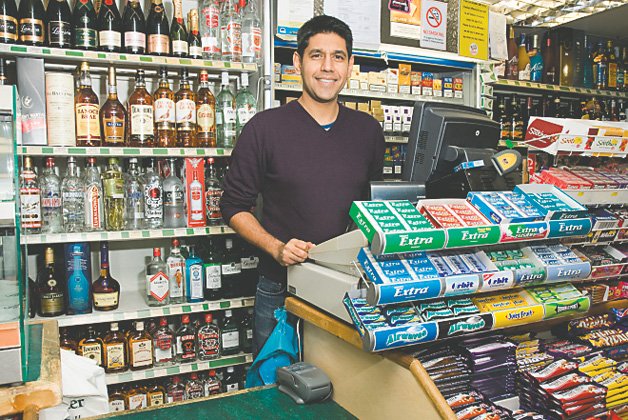 This is one of those rare times of year when a huge number of people get a vivid sense of what if feels like to drink too much.

It coincides with a silly season in politics when two contenders to be the next Liberal leader and automatic next premier of Ontario, Sandra Pupatello and Glen Murray, are falling over themselves to catch up with Conservative leader Tim Hudak’s call to privatize liquor sales.

It’s a sign of the low respect for common sense that leading politicians think it’s a good time to call for loosening up booze retailing, when the fact of the matter is that Ontario has no alcohol policy whatsoever.

Hudak, Pupatello and Murray should have their political vehicles impounded for failing the political equivalent of a breathalyzer test.

An alcohol policy is not just about the 13 per cent of adults who are “problem drinkers,” the $1.6 billion the province gets from the LCBO or the estimated $5.3 billion we spend on drinking-related law enforcement and medical care yearly, according to the Canadian Centre on Substance Abuse, in a province where politicians say they’re worried about deficits.

A real alcohol policy is about squeezing all the possible benefits from booze while minimizing all the possible downsides. Alcohol is a major factor in agricultural markets for barley and grapes, a major source of employment in the job-intensive hospitality industry, a major industry in need of protection from aggressive multinational monopolies, a major opportunity for entrepreneurial “niche players” who complement local and sustainable food producers, a critical force in the local bar-centred indie music scene and a major variable in chronic disease and mental illness.

Likewise, retail policy can’t just be about problem drinkers or the sales tax dollars that go into provincial coffers. To be frank, ready access to the cheap booze likely to be sold in the food aisles of supermarkets and convenience stores if privatization is implemented is a major challenge for overeaters. Those aware of the “Molson muscle” know that the daily 500 calories from a modest booze habit adds a pound per week per drinker to the body-weight crisis, the yearly cost of which overshadows almost any other public expenditure.

To be petty, alcohol also accounts for a major download of provincial costs on municipalities. Under the present arrangement the province takes all LCBO revenues, but the hard-pressed city has to pick up the provincial bar tab for most policing, ambulance and waste packaging costs.

It is my view that any politician who wants to open up booze sales in corner stores and who talks sales without talking about what’s for sale, what’s the cost and what’s the public hangover like should be reminded to drive responsibly when steering political agendas.

Unbelievable as it might sound, there are a few liquor-related public policy issues besides shopping convenience. The LCBO, for example, gives priority placement to Ontario wines and craft beers, most produced by small companies that could never make it into supermarkets, which overwhelmingly source from producers that can supply the entire chain. Small and independent producers would likewise never be showcased amidst the clutter of convenience stores, which traditionally sell a small range of mediocre super-corporate name brands.

I find it strange that any politician would talk about privatizing the LCBO without first talking about protecting the locally owned craft and microbrew beer industry from the Beer Store monopoly controlled by foreign-owned global beer oligopolies.

As the arcane scholars who study neo-liberalism like to say about calls for privatization, these are not debates about deregulating, but about re-regulating – handing local power and public control over to global corporations.

The drinking guidelines issued by virtually every public health and mental health agency in Canada identify people who need to severely limit or eliminate alcohol from their diet for medical reasons. The list includes those taking sleeping pills, recovering from operations suffering from cancer, gastritis, ulcers, liver disease, high blood pressure, depression, anxiety who are pregnant and so on. This is the growing majority that alcohol policy needs to identify.

Those who think the convenience of getting to the corner liquor store ranks above all these concerns should enjoy a quick tour of the lovely “package stores” in the low-income areas of U.S. cities where booze outlets dominate food deserts.

We don’t get over all hangovers as quickly as we get over New Year’s bashes.