Sure, Maha’s serves ful and TamIya, but get ready for date grilled cheese and a creative take on Scotch Eggs 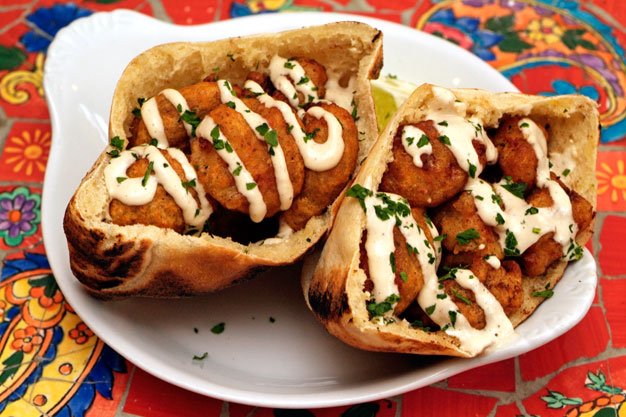 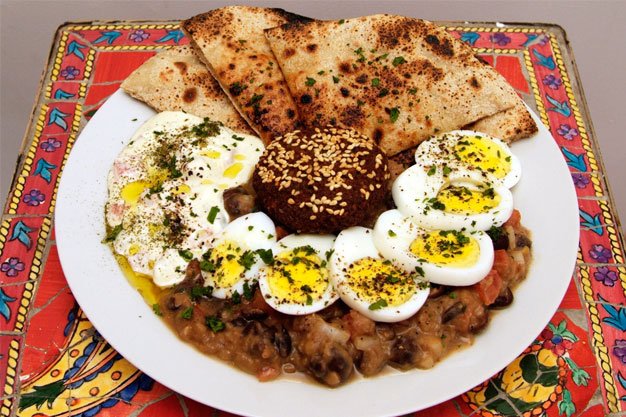 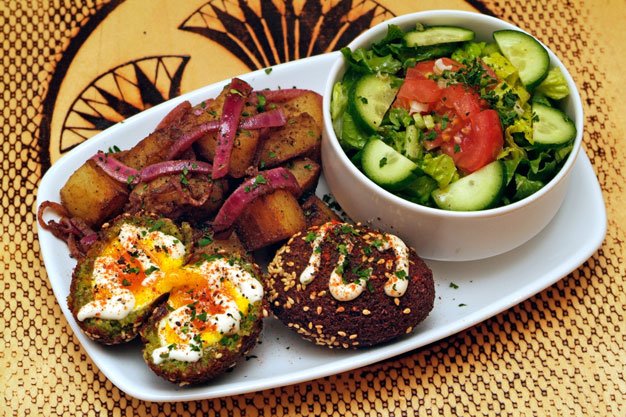 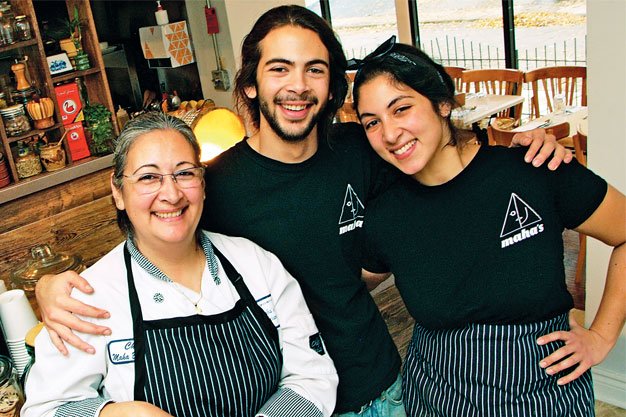 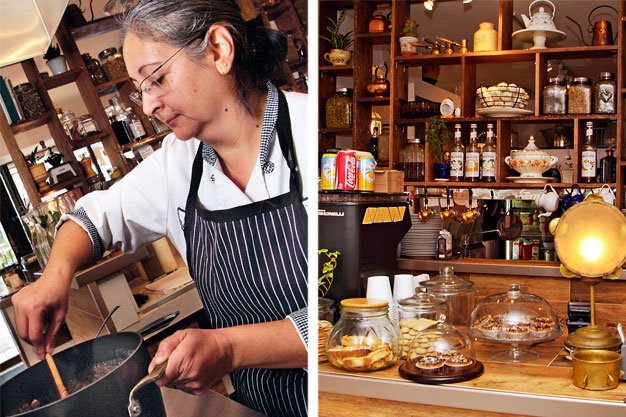 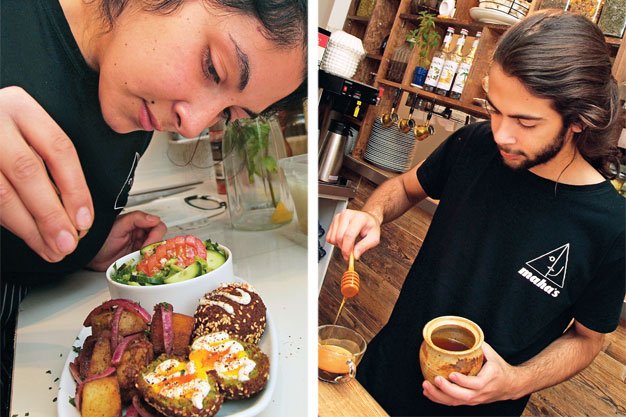 The influx of Middle Eastern and Mediterranean restaurants this year has made hummus as ubiquitous as guacamole, and chefs are giving the cheap shawarma a haute upgrade. But food from Egypt is still largely unknown here. Maha Barsoom and her family are trying to change that at their month-old restaurant just south of the Greenwood subway yard.

The cheery 50-year-old, who came to Toronto 14 years ago with her two kids and husband, proudly shows off a framed clipping of her lentil soup recipe that won a local cooking contest.

With her grey hair neatly tied back, an apron around her waist and a smile that punctuates the end of every sentence, Barsoom is the kind of cook whose pedigree doesn’t come from fine-dining restaurants, but from the Cairo school where she served hundreds of picky schoolchildren every day.

And of course, she feeds her kids Monika Wahba, now 24, and Mark, 21, who have turned a kitchen and bath store into a cozy, sun-drenched corner restaurant-café.

“I cook the way I cook at home, and everybody likes to eat home food,” says Barsoom. “Our dishes are simple and healthy. Egyptian cuisine is full of spices and herbs, and based on vegetables and legumes more than meat. As a result we have a lot of vegan and vegetarian dishes because of the reality of not being able to cultivate meat – Egypt is mostly desert.”

To simply lump Egyptian cuisine under the Middle Eastern umbrella negates just how varied the country’s food is. Centuries of occupation by the Turks, Persians, French and Brits made the nation’s cuisine into a mishmash of honey-dribbled sweets, roasted eggplant, fried chicken cutlets not unlike schnitzel and a thriving afternoon tea and coffee culture.

Egypt borrowed dishes like shakshouka from neighbouring Tunisia and the heavy use of bold spices like cinnamon, cardamom and cumin from the North African tradition.

The Mediterranean Sea brings plenty of seafood and cooler, fresher flavours from Italy and Greece. So, yes, there is an Egyptian version of feta, and Barsoom makes her own.

More creamy, like a yogurt, and mixed with tomatoes and mint to mellow out its salty bite, her feta takes six months to age and is plopped on top of the Cairo Classic platter ($12) that’s recommended for first-timers.

Other quintessential Egyptian components on the plate are ful, the breakfast dish of mashed fava beans, tomatoes and onions charred baladi bread, a whole wheat and bran pita baked by a local Egyptian baker and tamiya, the Egyptian falafel made from fava beans instead of the chickpeas used in Lebanon and Israel. It’s colour is close to avocado green, and it has a creamier texture underneath the crispy crust.

The Pharaoh’s po boy ($9) isn’t a riff on the recent seafood sandwich trend, but a recreation of daughter Monika’s favourite thing to eat on the streets of Cairo as a kid: plump and juicy battered shrimp packed into warm baladi bread and drizzled with tahini, parsley and a squeeze of lime. It’s the kind of sandwich that still makes you salivate hours after eating it.

Barsoom’s prized lentil soup ($9 as a main, $6 as a side) is spiced with cumin, coriander, black pepper and garlic. Bold but not spicy, thick and velvety with a burnt umber hue, it’s ideal for chilly and wet November afternoons.

But the kitchen isn’t restricting itself to by-the-book recipes. Daughter Monika came up with her version of a Scotch egg – a boiled egg wrapped in the Egyptian falafel mix rather than meat, then served with greens and cumin-spiced home fries ($12).

There’s also a date grilled cheese ($12 with side) made of gouda, havarti and Swiss with butter-sautéed dates pressed between egg bread and topped with honey. It’s their way of serving the fruit that’s traditionally cooked with scrambled eggs. And since the siblings were previously baristas at the nearby Grinder Coffee, Monika and Mark sling ground cardamom and honey lattes in addition the Turkish coffees their mom taught them to make.

While it’s only been a month, Maha’s has already become a neighbourhood hangout where customers are greeted by name, and word of mouth has the odd chef dropping by out of curiosity over this underrepresented cuisine.

“I’d like people to learn more about it. That’s my main goal,” says Barsoom. “I want people to know how different and flavourful Egyptian cuisine is. I think the country’s had a bad reputation in the last years because of the political happenings, and I want to do something for my country.”