Eatable, Toronto’s film fest for food buffs, is back 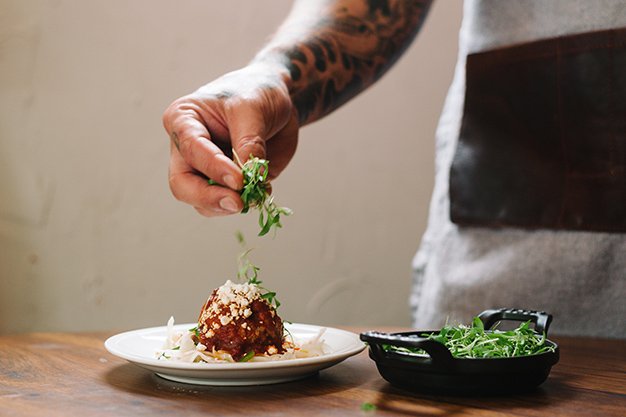 Movies and eating are two of life’s finest pleasures, and Eatable, a nifty little film fest about to enter its second year, combines them like no other. At a series of four screenings (October 22 to 25) at the Royal Cinema, the fest will show off four flicks, plus cutely “paired” eats from local food luminaries.

Jim Jarmusch’s Coffee and Cigarettes kicks off the schedule with accompanying Sam James coffee (obviously), smoky Brandon Olsen chocolates, and a ham sandwich from Blackbird Baking Co. (Was there a sandwich in that movie? I can’t remember, but who’s gonna turn down a ham sandwich?) 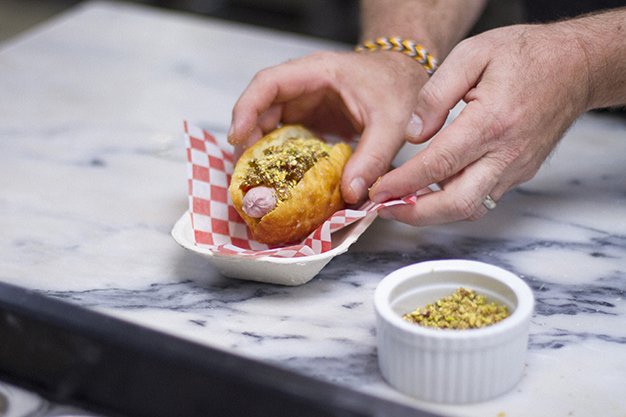 Rocco Agostino and James Santon’s Big Night-inspired mortadella dog looks delicious, even if Primo and Secondo would be horrified.

Rocco Agostino of Pizzeria Libretto and Enoteca Sociale’s James Santon take over for The Big Night, a tale of two brothers and their failing Italian restaurant. On the menu is a mortadella-filled hot dog with mostarda (a nice nod to Tony Shalhoub snarking, in response to his brother’s suggestion that they pull risotto from the menu, “Maybe we should do a hot dog?”). Spring for the VIP tickets and get access to a post-show, four-course dinner at Libretto’s King West location.

On the slightly more obscure end of things, there’s Need For Meat, a doc about the world’s collective carnivorousness paired with a massive meatball from (who else) Scott Vivian of Beast. Finishing things off is Portrait Of A Garden, paired with the season 3 premiere of foraging-oriented web series In The Weeds the feature dish comes from Canoe’s John Horne, who promises a pastoral garden-inspired dessert.

For tickets and more info, head to Eatable’s website.