Urbandictionary.com first defined Trumpxiety last summer as a condition that affects many people at the thought of Donald Trump becoming. 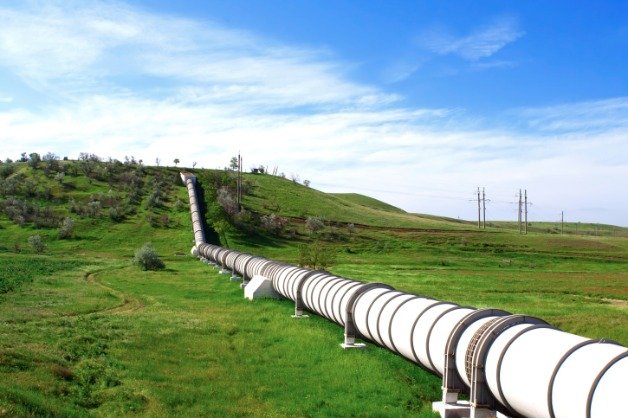 Urbandictionary.com first defined Trumpxiety last summer as a condition that affects many people at the thought of Donald Trump becoming President of the United States. By then, psychologists and massage therapists were already reporting a spike in patients needing help for the condition. Now, New York City is offering city workers counseling services to cope with post-election stress. Yeah, Americans will clearly be the worst hit by Trump Mood Disorders, but empathetic Canadians are suffering, too. If you notice any Trumpxiety-plagued treehugger friends muttering incessantly about the end of the world, try peppering them with adorable cat videos, or gift them Headspace, the meditation app with meltdown diffusing SOS content. Other tips on engaging more productively in these harsh political times: a copy of James Hoggans Im Right and Youre an Idiot: the Toxic State of Public Discourse and How To Clean It Up. And remind yourself of what David Suzuki said post-election: Hard work and love trump fear and hate.

What if we gave Canada 20 Standing Rocks? Kanesatake Grand Chief Serge Simon raised the idea after Natural Resources Minister Jim Carr suggested that the feds dont need consent from First Nations to push through the recently-approved Kinder Morgans Trans Mountain expansion project. With construction of the $6.8 billion project slated to begin in 2017, expect protests to build in BC and across Canada, particularly if things get ugly in North Dakota where Trump has pledged to ram through the Dakota Access Pipeline. Kinder Morgans CEO Ian Anderson has said he expects protests. “I’d be naive if I didn’t. Therell be a slew of court challenges putting roadblocks in the way, too. Ecojustice just launched the latest in a growing tangle of legal cases. It argues that the feds failed to apply mandatory legal protections for endangered Southern Resident killer whales in the Pacific waters off Vancouver.

Back before the Libs were elected, the federal party platform vowed to make environmental assessments credible again and modernize the workings of the National Energy Board (NEB) at the heart of the discredited pipeline review process. Now that the feds have finally appointed a five-member review panel to help reform the NEB, expect things to start cooking in March, when the panels recommendations are due. Groups like Environmental Defence want to see the pipeline approval process overhauled to ensure that projects are in line with Canadas climate goals, the Paris agreement, and the governments commitment to the UN Declaration on the Rights of Indigenous Peoples. So far its not looking good. The feds are already ignoring another platform promise around approvals: that only Indigenous communities can grant permission.

Word is Ontario will finally be hiking the price of water-taking permits for bottled water companies in 2017, thanks to the uproar over Nestle availing itself of millions of litres of Ontario groundwater over a drought-stricken summer with expired permits. Its unclear how much companies will have to fork out. Right now, they’re paying a pittance $3.71 per million litres. But Premier Kathleen Wynne has hinted that increased costs may not be the only new regulation slapped on the provinces water bottlers. Expect some top-down attempts at a culture shift. We need to have a bigger look at the whole industry, and our role in regulating it, says Wynne.

Looks like 2017 is gearing up to be another good one for renewables. Google just announced that their global data centres and offices will go fully renewable this year (theyre already the worlds largest corporate buyer of renewable power). By end of the year, Amazon will be half way there. Over 80 corporate giants are following suit, including GM, which recently assured the public that even a climate-bashing president-elect wont derail its plans to go 100 per cent renewable by 2050. And thanks to similar pledges from nearly 50 of the worlds most disadvantaged nations this fall, countries like Morocco, Vietnam and Kenya are also ramping up investments in biomass, wind and solar. Okay, so Canada didnt quite join in with a national vow to go 100, but the feds did commit to running all government buildings on nothing but green power within the next eight years. The race is on.

Whole Foods released its list of top 10 food trends hitting grocery store shelves in 2017, and beyond the rise of all foods purple and coconut-flavoured everything (undoubtedly contributing to the growing global coconut shortage), the health food giant is also forecasting an explosion in products made from by-products. Not very sexy sounding, but the good news is trend-chasers will be cutting back on food waste. ReGrained is making granola bars from grains leftover from beer making. Condiment maker Sir Kensingtons has developed Fabanaise, a vegan mayo made from trendy aquafaba that’s the viscous byproduct of cooking chickpeas. And Wtrmln Wtr is a hot new bevvy made from blemished watermelons otherwise destined to be discarded. The byproduct trend is spilling over into natural cleaners, too. Eco Olea dish liquid is partly made with black olive waste water. Not everyones going to dig that Eco Olea is made in the Golan Heightss occupied territory, but you get the idea.