There are two people who represent what seemed a lousy year. Rob Ford is the other one. 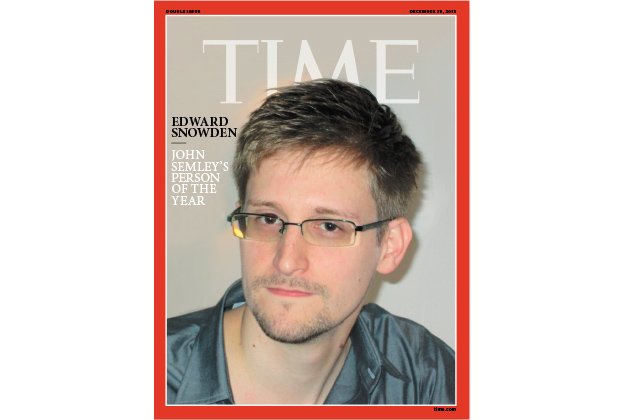 In their write-up naming Pope Francis (“The People’s Pope”) their magazine’s Person of the Year, Time writers Howard Chua-Eoan and Elizabeth Dias sum up the thorny complications at the heart of papal authority.

“The papacy is mysterious and magical,” they write. “It turns a septuagenarian into a superstar while revealing almost nothing about the man himself. And it raises hopes in every corner of the world – hopes that can never be fulfilled, for they are irreconcilable. The elderly traditionalist who pines for the old Latin Mass and the devout young woman who wishes she could be a priest both have hopes. No Pope can make them all happy at once.”

Apart from the obvious fix to the false problem the authors raise (i.e., an old Latin Mass delivered by a female priest), Chua-Eoan and Dias are essentially right. The Roman Catholic Church counts some 1.2 billion members. And you can’t please all of them all the time. But if the job has its challenges, that doesn’t make it some sort of contradiction in terms.

Francis poses an interesting tension for Catholics, lapsed Catholics, church observers, commentators and other pope buffs. He represents the promise of reform and growth for an institution that seems resiliently, maybe even inherently, resistant to change. Photos of him donning a red nose to clown around with a newlywed couple, posing for Instagram shots with worshippers and sportingly accepting a hug from a small boy who clambered onstage as the pontiff delivered a speech last week are all heartwarming enough. Such gestures prove that Francis is on the verge of becoming a full-on meme, an apostolic Chris Hadfield.

But for Time to name him Person of the Year is a laugh.

The gesture serves only to reinforce the cultural importance of papal authority, even among the many billions of non-Catholics who don’t believe that by sitting on the throne of St. Peter, keeper of the keys of heaven, Francis is somehow magically invested with dogmatic infallibility.

We can debate the relevance of Person of the Year/Newsmaker of the Year distinctions. But to my mind, this sort of recognition should be awarded (if that’s even the right word) to people who capture the political and cultural mood. Pope Francis doesn’t do this. Neither do “the people of Alberta,” Canada.com’s newsmaker of the year.

There are two people who do represent what seemed, all told, like a pretty lousy year: Edward Snowden and Rob Ford.

Pope Francis, the “people of Alberta” and other comparably encouraging figures are the choices of publications plying positivity in the face of its opposite, well-meaning but ultimately misguided attempts at seasonal sentiment.

Granted, naming Snowden Person of the Year would be controversial. But this was a year defined by controversy both at home and abroad. Quarterbacking the most substantial leak of intelligence in all of U.S. history, he’s a patriot to some, a traitor to others.

In the ongoing post-9/11 debate between national security and the sanctity of privacy, Snowden has shone a light on a gross tilt toward the former, making public the extent to which the American government has abused the trust invested in it by its citizenry.

More than this, the National Security Agency’s worst practices that he has divulged have come to typify the extent of global security overreach: in Israel, in Norway and even here in Canada.

Currently living under asylum in Russia, considered a fugitive from justice by his own nation (where fellow whistle-blower Chelsea Manning was recently sentenced to 35 years in prison), Snowden is paying a very high personal price for his act.

Any lingering claim that his was some narcissistic stab at celebrity and self-persecution seems ludicrous, though maybe it’s some people’s natural reaction to someone who may be a real-deal hero. From now on, any consideration of security, privacy, government transparency and the function and validity of democracy will have to be understood in the post-Snowden context.

Like Rob Ford, the only correct choice for Canadian Newsmaker/Person of the Year, Snowden has dragged us, sometimes kicking and screaming, into considering the reasonable limits of political authority.

Both have forced us to see that government has wrested control away from the electorate that’s supposed to vest it with its power, and have made us reckon with our own impotence in reclaiming that authority. (See Toronto city council’s structural inability to oust Ford from office.)

In 2014, Snowden and Ford both made us feel bad about our politicians, our governments and our taken-for-granted belief in democracy.

Maybe it’s no surprise that we’d want to take refuge in a compassionate, clown-nosed pope, a guy who manages to make us feel good despite everything.