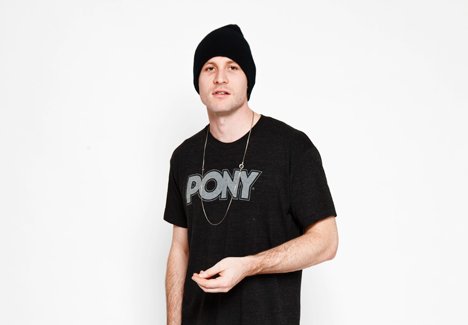 Egyptrixx (a.k.a. DavidPsutka) is a Toronto-based electronic artist heading down to Austin this week for SXSW with his debut album, Bible Eyes, under his arm.

NOW talked to him before he left.

Have you been to SXSW before? What was it like?

I went one time. Did a couple of small shows. It was cool. It was a fun festival. It’s very condensed. This year obviously it will be a little busier for me. It’s a warm place with great food, which doesn’t hurt.

Why did you want to perform again this year?

I have an album that just came out so obviously I want to promote that.

How are you going to mix it up for fans that might attend more than one show?

It’s interesting at SXSW. The shows real vary in terms of energy. In some shows there are a lot of concerts with people and others are just drab industry events where people stand around and talk. With the stuff I do I can vary it. I can take it to more a high energy, dance-y feel.

You produced a track, Chrysalis Records, with Trust, another Toronto-based electronic artist who’s also performing at SXSW. Is it exciting for you to work with other Canadians?

Yeah. I mean it doesn’t have much to do with them being Canadian or not. I love working with artists I respect.

You’ve said Toronto lacks a centralized electronic scene. Are you excited about representing at SXSW?

I don’t see myself as much of a patriot. I don’t think Canada has anything to do with the music I make. I don’t feel any kind of connection to any particular scene in Toronto. Nobody really gives a shit about what you’re doing in Toronto, which I think is good. You can go off and explore your own sound, style.

What will your “pre-set” ritual be?

I guess I’m kind of ritualistic with sound check. But leading up to playing, I just hang out and go somewhere that isn’t too hectic.

What shows are you going to?

I plan on really catching a whole bunch of stuff: Trust, BonJay. I haven’t even really organized.

What parties are you most excited about?

A vegan BBQ? What?

What will your SXSW vice of choice be?

Catch Egyptrixx after he plays SXSW at the Wrongbar on March 26.