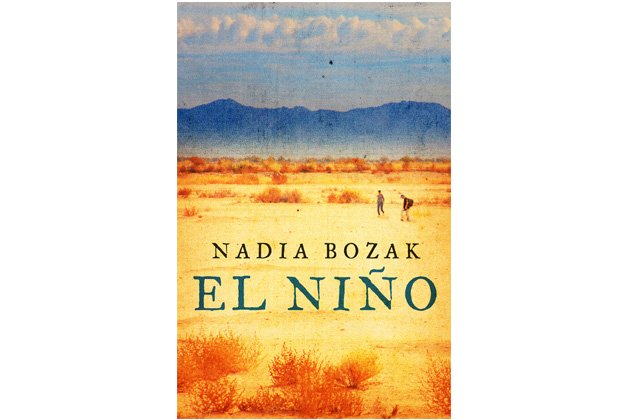 No question that Nadia Bozak is a unique talent. She’s got a gift for establishing a setting, and consistently challenges structural norms.

I just wish that El Nino, the second in her border trilogy, weren’t so confusing.

She tells the story from three perspectives: Honey’s, Chavez’s and Baez’s. Urbanite Honey heads to the Oro Desert in search of her mom, Marianne, who’s been kind to desperate illegals. Chavez is the human trafficker who eventually helps her, and Baez is Marianne’s dog and witness to her woes.

Chavez, who knows of Marianne’s heroism, joins forces with Honey, and together they embark on an arduous trek through the desert.

El Nino has a lot going for it. It’s got a ton of suspense. Can Chavez be trusted? Will the duo survive the brutal conditions? Bozak’s images of the desert are vivid, and her evocation of the life of the desperadoes is achingly effective.

But the novel zips back and forth in time in ways that make it hard to keep track of the narrative, and it doesn’t help that the same characters go by more than one name. I don’t mind having to lean into a novel and pay close attention, but Bozak’s narrative is a big challenge. SUSAN G. COLE

Bozak reads from El Nino alongside Krista Foss and David Adams Richards at Harbourfront’s Brigantine Room on Wednesday (May 21). See Readings, this page.