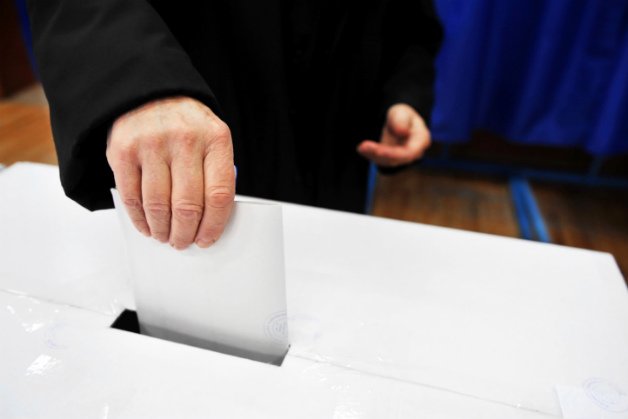 If there’s anything these last four years have taught us, it’s that Toronto’s government is not always the most functional institution.

Sure, a lot of the problems emanated from the man occupying the mayor’s office. But you can’t blame Rob Ford for out of touch councillors, disaffected voters, and code of conduct rules that aren’t strict enough to prevent council members from misbehaving. Those are systemic problems.

Some of the most important potential solutions, like reforming our first-past-the-post electoral system, are outside the city’s jurisdiction. But what changes would the mayoral contenders advocate for to ensure government is transparent, accountable, and responsible to voters?

The platform: Ford has long pushed for an American-style “strong mayor” system that would give the mayor veto power over council decisions. He also supports cutting the size of council in half – from 44 to 22 members – and setting eight-year term limits for members.

As councillor, Ford voted against asking the province to allow Toronto to use ranked ballots in municipal elections. He also opposed giving non-citizen permanent residents the right to vote.

The good: Rob Ford has pretty much destroyed the chances of a strong mayor system being enacted in our lifetime, so there’s no danger of Doug acquiring the dictatorial powers he’s seeking.

The bad: Councillors struggle now to respond to residents’ concerns. Having fewer councillors would only exacerbate the problem.

The score: Ford gets it wrong on almost every aspect of governance. 1/5

The platform: Tory has released a 10-point code of conduct that he vows to abide by if elected. It includes keeping a public schedule, holding weekly press availabilities, tightening oversight of public spending, and requiring union representatives to register as lobbyists.

He has been noncommittal on term limits, and dismissed the idea of shortening municipal elections as “a solution in search of a problem.” Tory says he wants to await the results of the ward boundary review being conducted by the city manager before deciding where he stands on reducing the size of council.

Similarly, he has declined to support ranked ballots on the grounds that the province is studying election reforms and he doesn’t want to “pre-empt that process.” He doesn’t support giving permanent residents the right to vote, arguing that is a right that should be reserved for citizens.

The good: It was routine stuff prior to the Ford era, but Tory is right to recognize the importance of publishing a schedule and making himself available to the media, and to put the commitment in writing.

The bad: When it comes to potential conflicts of interest, Tory has only promised to consult the integrity commissioner and “follow the rules,” but has made no firm commitments. That’s not enough to assuage concerns that if he were elected his various business interests could conflict with his public duties.

The score: Permanent residents pay taxes and they deserve to vote. Tory’s opposition to ranked ballots stands in the way of meaningful reform. 2/5

The platform: Chow is a strong advocate for a ranked ballot system, which she feels is a more effective way to bring about more accountable government than term limits or reducing the size of council. She also backs extending voting rights to permanent residents.

She proposes giving the city’s integrity commissioner more power to launch investigations, as well as the ability take councillors to court for breaking the Municipal Conflict of Interest Act. Spurred on by fiascos like Giorgio Mammoliti’s fundraising scandal, Chow wants to ask the province to enact harsher financial penalties for councillors who break the Code of Conduct.

She would also extend the lobbyist registry regime to cover city agencies not currently under its jurisdiction, like the police and Toronto Community Housing.

Like Tory, she promises to release a regular schedule to media if elected.

The good: Ranked ballots is an idea whose time has come, and there’s ample evidence that the city’s integrity regime needs to be strengthened.

The bad: Her proposal to shorten the election period has its proponents but it could be detrimental to lesser-known candidates who need longer to make their mark.

The score: Chow has put forward a comprehensive, robust plan to improve government. 5/5